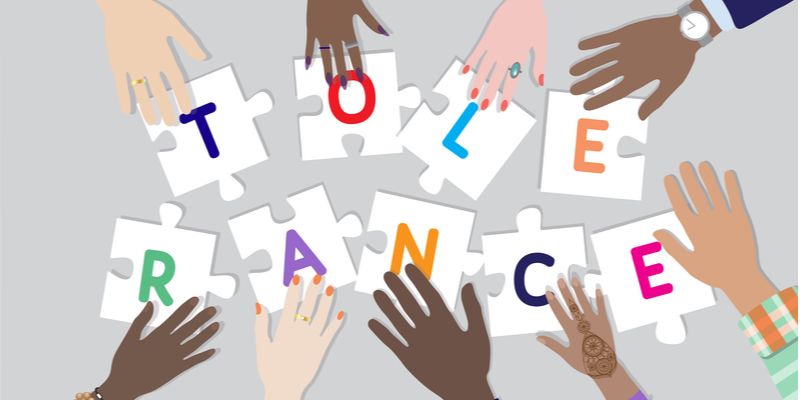 In June 1969, John Lennon and Yoko Ono staged a powerful, if tender protest against all wars and related violence in the form of a now-legendary "bed-in" in a Montreal hotel. According to those present as everyone sang a new, anti-war song Lennon had composed for the occasion, when he was asked why he and Ono were doing it, Lennon simply replied, "Give peace a chance".

Over half a century later, everyone knows that the global peace Lennon and Ono were calling for remains an elusive, if critically important, ambition. In our own times of increasing violence and inequity all across the globe, and as the Covid-19 pandemic disables and distracts us, who could help to wonder, can we -- will we -- "give peace a chance"?

At least one thing is certain: there will be no peace if it does not originate from mutual respect and tolerance among the world's diverse societies. What is essential is the founding of a sustainable condition informed by a "positive peace" that seeks to establish not only ceasefires but aims to seed intercultural exchange and mutual enrichment for the benefit of all peoples.

We might begin by agreeing that war and its associated violence hardly derive from cultural strength, but a kind of cowardice -- so vigorously does aggression against others insist upon completely eliminating those who simply see things differently from us. The Norwegian peace theorist Johan Galtung said it eloquently, "Peace equals ability to handle conflict, with empathy, nonviolence, and creativity." Mr Galtung suggests that conflict is almost unavoidable from time to time and that peace is not a static condition but a kind of continuous, creative human endeavour.

Consequently, the development of quality education and its universal application remain fundamental to the quest ahead of us.

Just a quarter-century ago, in 1996, the United Nations foresaw this truth at that year's General Assembly, when member states embraced the founding of an annual International Day for Tolerance, partly on the example of the great Mohandas Karamchand Gandhi.

By 1996, the UN had already celebrated a Year for Tolerance (1995), during which member states had drafted a Declaration of Principles on Tolerance that defined the term as the universal respect for, and appreciation of the world's diverse cultures, our unique forms of expression, and our varied ways of being. This definition of tolerance recognises universal human rights, in keeping with the UN's Universal Declaration of Human Rights drafted in the late 1940s.

In no uncertain terms, tolerance calls for recognising the fundamental freedom of others, and the understanding that the world's peoples are naturally diverse. Only tolerance can ensure our mutual survival.That sounds very much like a recipe for establishing an intercultural condition of nonviolence, implying our appreciation for how a diverse world can be sustained not only by our collaborative nurturing of a shared set of moral values, but -- just as important -- by our adoption of political, educational, and legal instruments of universal peace persuasion.

In this spirit, the Unesco Asia and Pacific Regional Bureau for Education in Bangkok have recently launched a new educational Together for Peace (T4P) initiative, which expressly seeks to build peace in the minds of young people by working with numerous ministries of education in the Asia-Pacific region with the goal of integrating positive peace education in classroom instruction.

A ready example of such an educational opportunity is to be found in our current Together for Peace Silent Manga Exhibition, co-organised with the Japan Foundation Thailand, and the Bangkok Art and Culture Centre (through to Dec 5). In manga that does away with dialogue to emphasise silent but powerful visual expressions of peace and tolerance, silent manga artworks prove excellent tools for coaxing children to learn key peace and tolerance concepts. To encourage and enrich that tendency, Unesco Bangkok has produced a Silent Manga Teacher's Companion, in which various exercises become pathways to fostering empathy among students, teachers, and their communities.

Unesco was founded in 1945, in the aftermath of World War II, to foster the growth of a peaceful global citizenry through education, the sciences, and culture. After Thailand became a member state in January of 1949; the Royal Thai Government generously provided a centre-city venue for Unesco Bangkok in 1961. Happily, 2021 thus marks 60 years of close collaboration.

Despite progress made on many fronts in the Asia-Pacific, we still witness significant levels of conflict and violence in this region of the world. Unesco will be continuously working with Thailand and others in the Asia-Pacific to integrate positive peace education in classrooms through our Together for Peace initiative. If together we all acknowledge that peace is no static condition, but an acting out of a humanitarian ideal in everyday practice, perhaps peace has not only a chance but a lasting future.

By Shigeru Aoyagi is the Director of the Asia-Pacific Regional Bureau for Education of Unesco Bangkok.

*The article was first published in Bangkok Post, 16 November 2021

Together for Peace
No related articles