We are a Rainbow Family: IDAHOT 2017 celebrates critical pillar of support 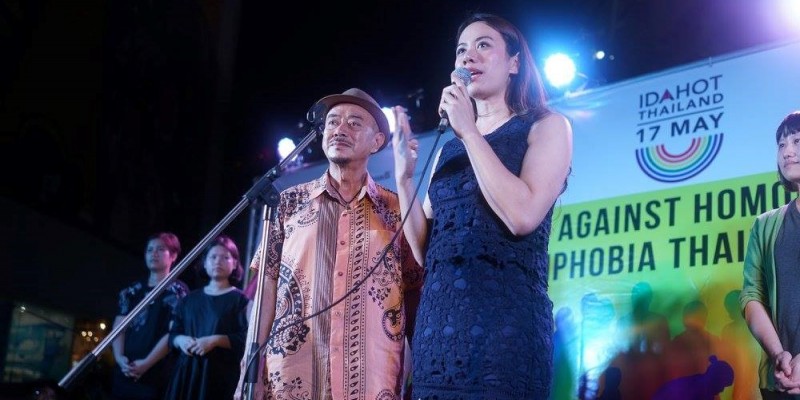 We are a Rainbow Family: IDAHOT 2017 celebrates critical pillar of support

Thanakarn (Bella) Vongvitsin made history as one of the first transgender students to wear a gown that reflected her gender identity at a Thai university graduation ceremony. She is used to media attention and driven to inspire others – on campus and off – with her story and advocacy, but she hasn’t always been so open about who she is.

Growing up, Bella says her parents found her uncommunicative as she wouldn’t discuss anything that happened outside of the home, including the daily struggles she faced attending all-boys primary and secondary schools.

“What it really meant,” Bella says, “was that I wanted to prove to my family that I could survive in this society, and I didn’t want them to be ashamed of me.”

Bella, 29, says her family members were initially “heartbroken” when she revealed her gender identity to them in the 11th grade, but that over her transition period – from then through her time in university – they came to accept her for who she is.

Years later, the dynamic has gone from mere acceptance to pride – beaming pride in the case of Bella’s father, Pipat. He recently joined his daughter on stage at the Bangkok Art and Culture Centre (BACC) for the 2017 International Day Against Homophobia and Transphobia (IDAHOT) commemoration organized by the World Bank Group, UNESCO and more than a dozen other partners. Pipat extolled his daughter’s accomplishments, from her current role as a lead researcher for Thai government agencies involved in tourism planning and development to her trailblazing stand for transgender rights as a Thammasat University student in 2010, work that she continues as a founding member of the Transpiration Power group (see box).

IDAHOT is celebrated across the world on 17 May and serves as a catalyst for lesbian, gay, bisexual, transgender and intersex (LGBTI) communities and their allies to mobilize around challenges facing the LGBTI community. Bella and Pipat joined several other families at BACC to share their stories in keeping with this year’s IDAHOT theme spotlighting the critical role of families in supporting LGBTI members as well as promoting respect for the rights of LGBTI families.

The discussions led to poignant moments on stage and off, with some members of the LGBTI community, such as Bella, receiving public support from their families for the first time.

“Let everyone grow in their own way,” Pipat told the crowd in front of the BACC. “Whatever their sexual orientation or gender identity, just believe in them and help them become a part of making our society better.”

As Bella’s experience attests, school life can pose immense challenges for young people whose sexual orientation and gender identity differ from societal expectations. This was backed up by a 2014 study on LGBT bullying in Thai schools conducted by UNESCO Bangkok, Mahidol University and Plan International Thailand.

The study found that more than half of students who identified as LGBT or were merely perceived as being LGBT had been bullied in the month prior to the survey. Verbal, physical, psychosocial and sexual violence were all reported and the consequences were severe, ranging from absenteeism and academic setbacks to mental health issues, including depression and even suicidal thoughts.

Around two-thirds of bullying victims surveyed said they did not report the incidents, with many saying nothing would happen even if someone were told. And of those who did seek help, only a fifth turned to their parents. As UNESCO’s “From Insult to Inclusion”, the first regional review on bullying on the basis of SOGIE in Asia-Pacific, noted, parents are an integral part of the “web of support” LGBTI learners need. 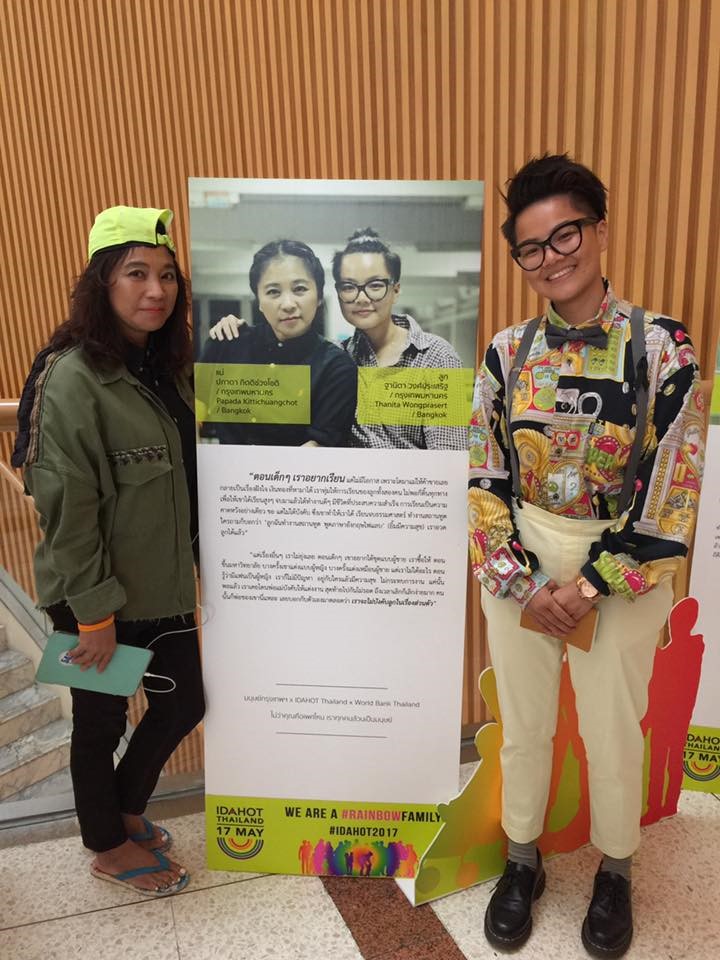 Thanita (Ninar) Wongprasert, 22, credits family support with making life at a restrictive government school tolerable. Ninar, who prefers not to be labelled by gender identity or sexual orientation, identifies as a member of the LGBTI community and recalls going to a school where “It was considered rebellious to be different.”

“The teachers were judgmental, giving me negative comments about my sexual orientation. They taught me that when I grew up I would ‘change my mind’ and have a husband and kids,” Ninar recalls. “They had no idea how hurtful that was, but every day when I went home I knew I was the one who was right.”

Ninar attributes that confidence, in part, to parental support. “My family’s support has helped to empower and encourage me to stand strong in the face of challenges,” says Ninar. “My mother raised me to be very confident. I feel like her support has made me resilient – to safeguard me from bullying, harassment or any form of discrimination.” 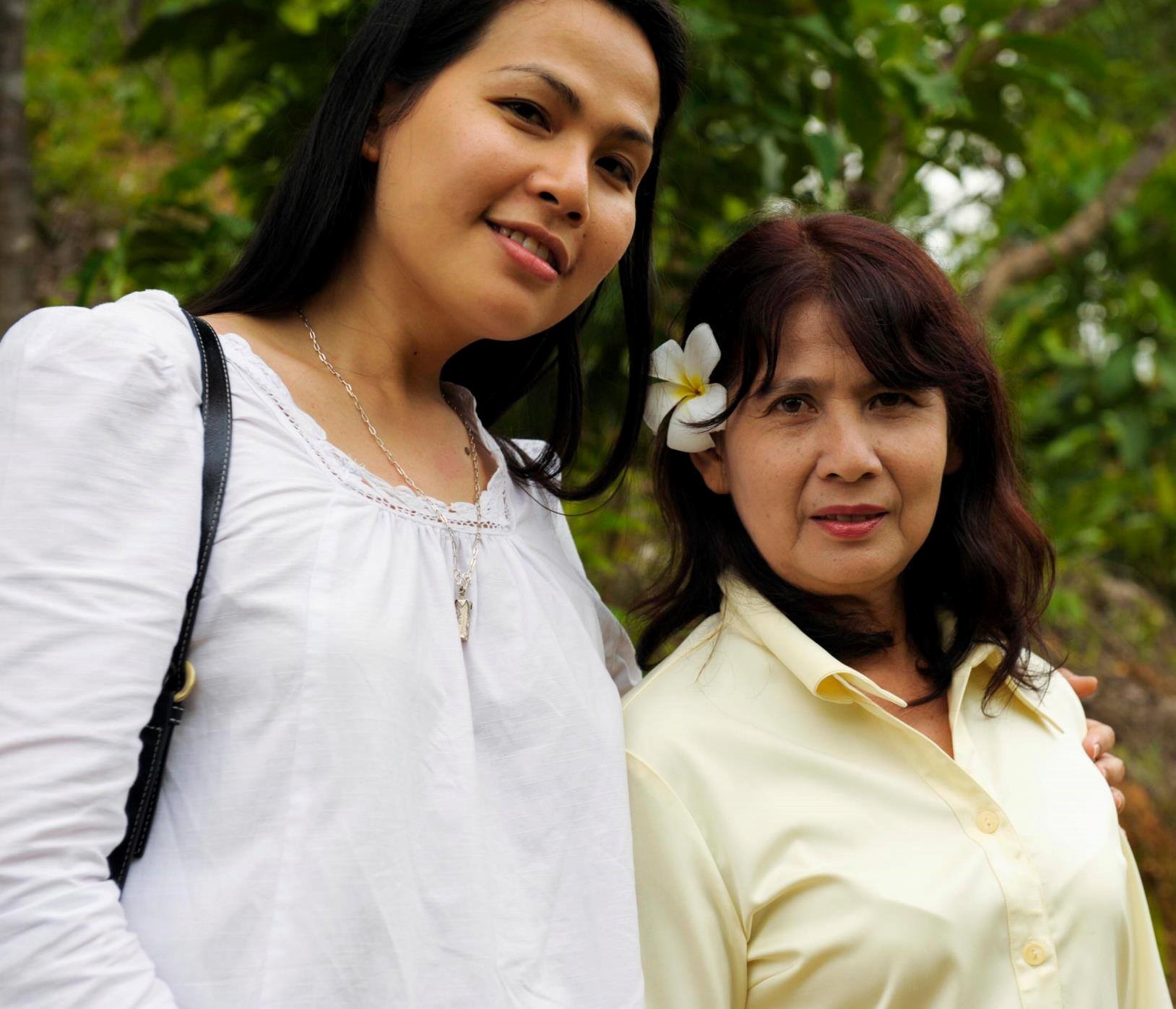 For many in the LGBTI community, family support might not be uniform, with differing levels of acceptance among members. This was the case for Nada Chaiyajit, 38, a World Bank project coordinator working on SOGIE-related rights and a member of the transgender and intersex community, who, like Bella, made national headlines for her rights advocacy.

Speaking at the IDAHOT event with her mother Maleerat by her side, Nada said her earliest memories are of her mom’s support and devotion.

“Neighbors would ask me: Are you a Tootsie?” she recalls, referring to a common slang for LGBTI in Thailand derived from the 1982 Dustin Hoffman film. “I’ve been hearing things like that since I was three but because my mother accepted me, I have no fear of any obstacles, even my father not accepting me.”

Her mother’s support helped Nada persevere through many struggles in her youth, including a long estrangement from her father.

Maleerat says Nada’s father went through an education of his own.

“Her father was concerned that if our child is like this, how can she get by in society?” Maleerat says. “Nada’s successes made him reconsider and say, ‘It’s all in my imagination.’”

“This has been a major life lesson for him,” says Nada. “After he recognized me for who I am and learned more about me, he not only accepted me but became my ally and champion.”

Top image: Thanakarn (Bella) Vongvitsin and her father Pipat on stage at the International Day Against Homophobia, Transphobia and Biphobia (IDAHOT) commemoration at the Bangkok Art and Culture Centre. (©Apichon Ratanapayon/World Bank)

By Hunter Gray and Noel Boivin