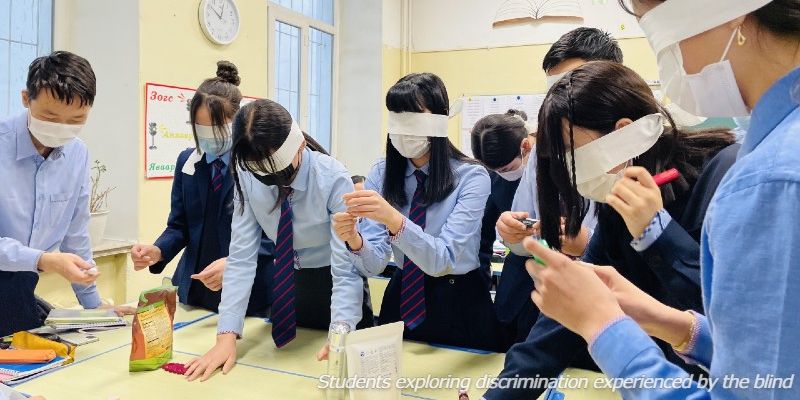 — More than 1500 students and teachers completed the 17th edition of UNESCO’s ‘Master Class against Racism and Discriminations’ held in Paris in both in-person and remote formats on 21 March 2022. —

On the occasion of UNESCO’s 17th edition of its ‘Master Class against Racism and Discriminations’, which was held in Paris at UNESCO headquarters simultaneously with remote platforms on 21 March, the Mongolian National Commission for UNESCO conducted a local, near-simultaneous edition of the Master Class Series from 22 to 23 March 2022. The local edition was held in cooperation with UNESCO Headquarters and was hosted in the Mongolian capital of Ulaanbaatar by two member schools of UNESCO’s Associated Schools Project Network (ASPnet): the British School of Ulaanbaatar (BSU) and Mongolian School No. 24.

The Mongolian regional edition of the Master Class Series followed the celebratory global edition hosted largely as an in-person event at UNESCO Headquarters in Paris on 21 March. Students from the BSU first participated remotely in the event’s global plenary session; following the global edition’s conclusion on 22 March, thematic, in-person workshops were hosted by the two ASPnet schools in the Mongolian capital. The session at the BSU was conducted in English, and that at School No.24 in Mongolian. All in all, a combined number of roughly 120 students participated in the dynamic regional edition conceived for the Asia-Pacific context. 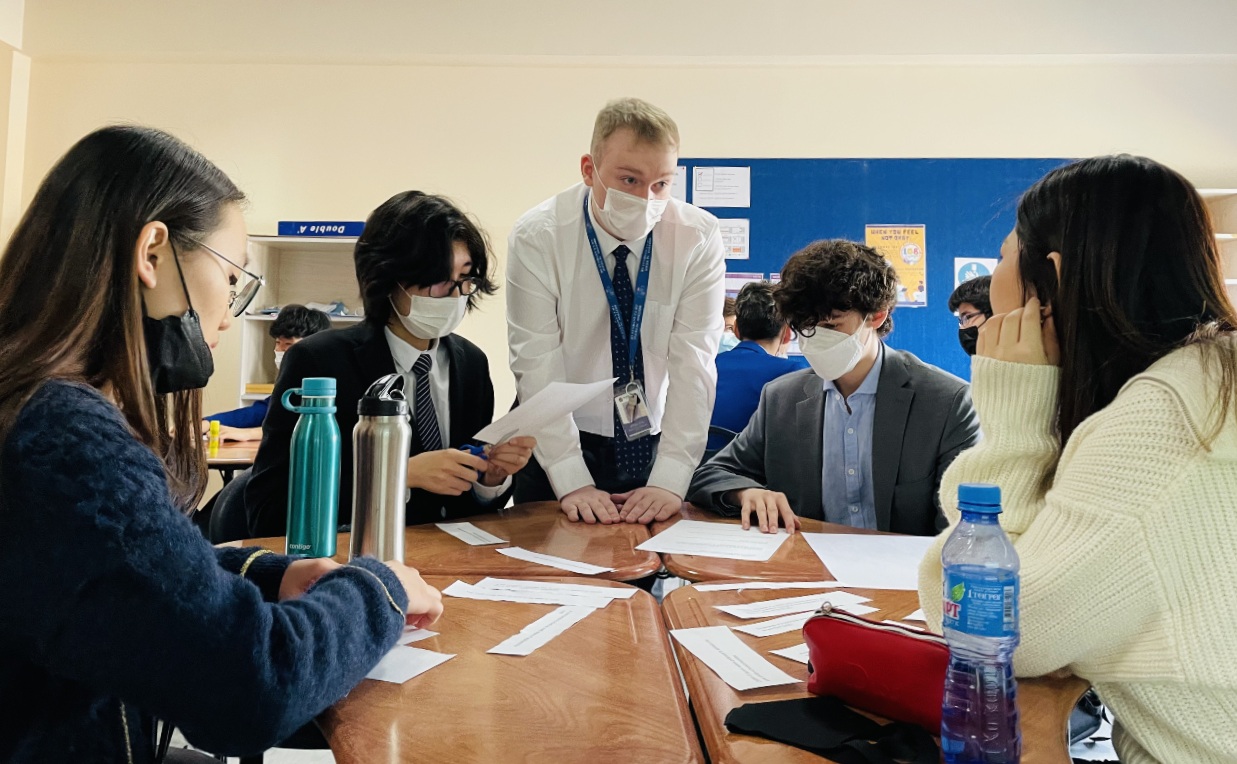 Mr Boldsaikhan Sambuu, Secretary-General of the Mongolian National Commission for UNESCO opened the BSU Master Class by stating, ‘To the teachers, you are the ones shaping these bright young minds, and we commend your hard work and support. Students, you are the future, but you are also the leaders and change-makers of today. You have the power to make a positive change in the world’.

UN Resident Coordinator in Mongolia Mr Tapan Mishra inspired students to fight racism and discrimination by sharing some of his own perspectives on the topic and the message that when young people possess courage and conviction, they are able to counteract these injustices more effectively. ‘Diversity is a richness’, Mr Mishra stated. ’When you [bring together] different people from different backgrounds with different communities, cultures, and languages, you have the opportunity to understand more and create more together. So, diversity is an asset; you cannot let differences become conflicts’. 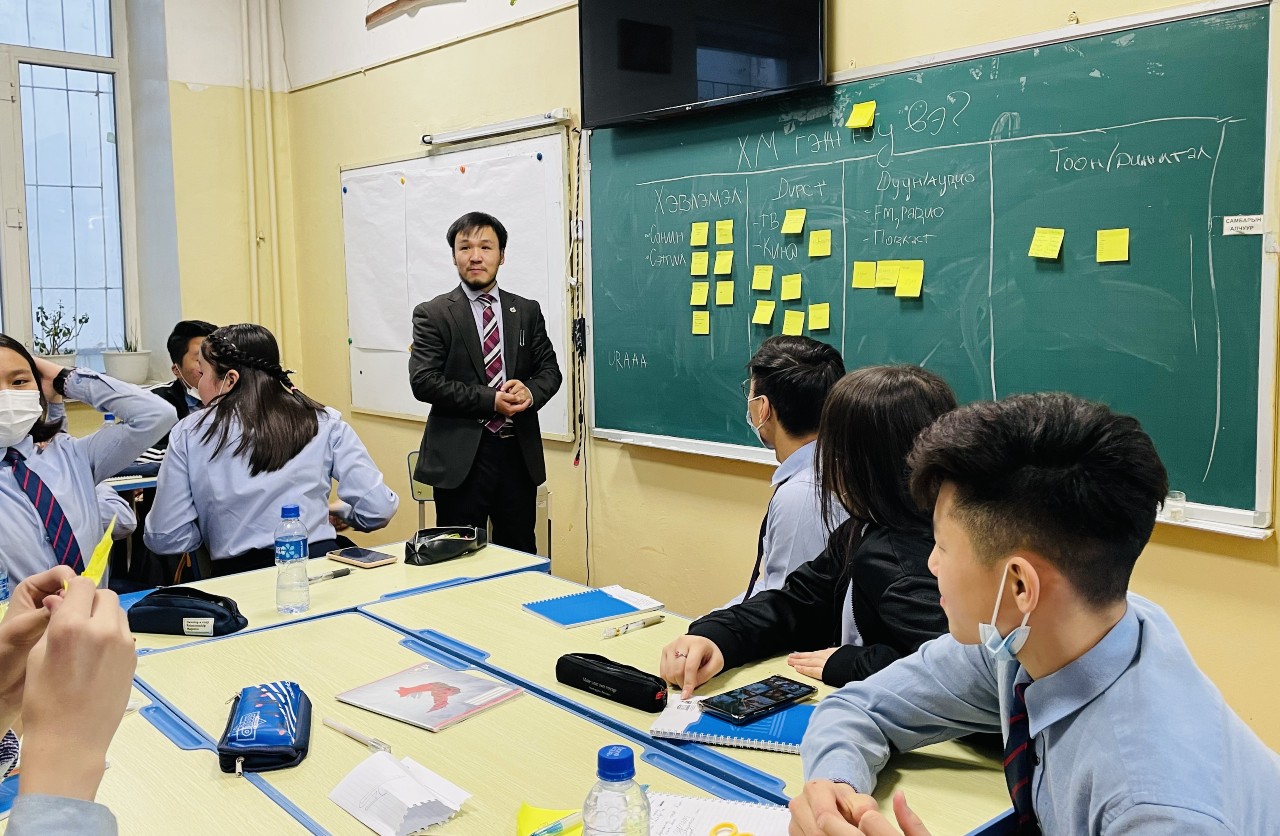 Participating students were invited by organizers to develop their own plans of what they would like to accomplish in their own schools and communities. Students pledged not to discriminate against anyone; to change their mindsets and attitudes towards people who are different from them – including persons with disabilities; to support women; to teach their peers, siblings, and younger students what they have learned; and to spread the workshops’ messages of inclusion and tolerance in their local communities. At the end of each master class, all participants were awarded with certificates of completion.

Upon the conclusion of the Master Class, students shared their impressions of its future impact. BSU student Namuunaa Lalla stated that ‘The UNESCO Master Class was an enriching experience that allowed me to have open discussions with my classmates, sharing our thoughts and experiences on discrimination in Mongolia and around the world. The various topics we explored demonstrated that a lot still needs to change, and that we can be a part of that change by taking action and educating others’. Enkhjin Byamba-Ochir, of School No. 24 commented, ‘By participating in this Master Class, I learned to distinguish between different types of discrimination. During a simulated activity in one of the workshops, I personally experienced how difficult it feels to be discriminated against, even by a tiny bit. I now aim to help children experiencing discrimination in any way I can’.

The Master Class Series is part of the Roadmap against Racism that UNESCO is developing as part of its Global Call against Racism, which is contained in a decision adopted by Member States in December 2020. The Roadmap will strengthen UNESCO’s contribution to the fight against racism and discrimination across its field of competence, providing a strategic and operational framework to guide UNESCO’s action in this important area worldwide, especially in the critical post-COVID-19 period.

Youth Participation and Empowerment
Together for Peace