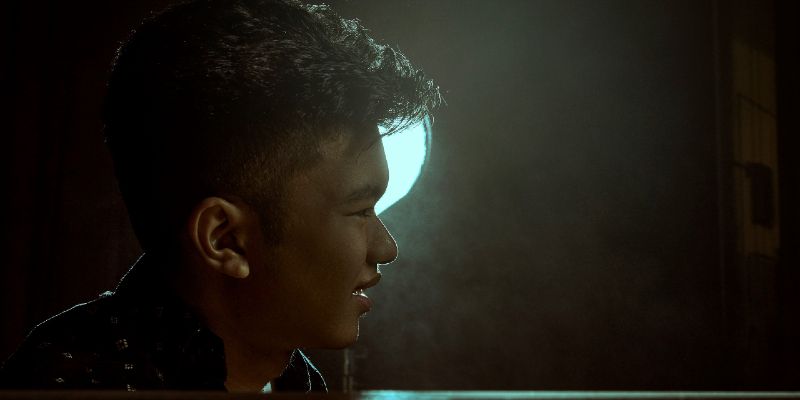 — On the imminent release of ORIGIN, his sixth album since 2015, the three-time Grammy-nominated artist shares with UNESCO Bangkok his views on jazz, its global resurgence and its foreseeable future. —

UNESCO believes in the power of jazz as a force for fostering peace, dialogue and mutual understanding among diverse peoples, and this is why in November 2011 the UNESCO General Conference proclaimed 30 April as International Jazz Day. This Day is intended to raise awareness around the globe of the virtues of jazz as an educational tool and a force for promoting empathy, dialogue and enhanced cooperation among people. Many governments, civil society organizations, educational institutions and private citizens embrace this annual opportunity to foster greater appreciation for jazz and the many ways this ever-evolving musical art form can contributing to building more inclusive societies.

In this spirit, UNESCO Bangkok recently caught up with Bali-born jazz sensation Joey Alexander, to learn what he might be thinking about contemporary jazz and its future, especially given the impact jazz has made on the Asia-Pacific region since the early twentieth century. Lucky for us, he graciously agreed to an interview, just as he was preparing for an imminent engagement at the legendary jazz club Blue Note in New York City, and just prior to his release of ORIGIN, which will mark his first with the Grammy-winning company Mack Avenue Records.

UNESCO BANGKOK (UB): Thank you for taking the time to speak with us, Joey! It’s a pleasure to have you with us, and we’re grateful for this interview on the occasion of the UN International Jazz Day 2022.

Much of the background on you published on the internet notes that you precociously picked up jazz rather naturally, that is, without formal musical training, and mostly by listening to your father’s record collection. Is that an accurate account, and what was it like finding jazz so much a part of your early upbringing in Bali? Did the jazz you listened to and then assimilated seem ‘familiar’ or ‘foreign’ to you at that time?

JOEY ALEXANDER (JA): Well, jazz was not always ‘in the air’; it was more a mix of things. Everything seemed foreign when I first started learning the music while also getting to know the instrument.

UB: What was the jazz world like in Jakarta at that time (1990s)? Were jazz musicians in Jakarta mostly from the region themselves, or were they ‘expats’?

JA: Jazz arrived in Indonesia in the 1940s – maybe even before that. Expats were always a part of the jazz scene overseas.

UB: What is the jazz scene like there today, and do you continue to participate in it?

JA: I’m glad to see that there are now so many young and talented local musicians from all over the country in addition to some good jazz festivals in Indonesia. While the majority of my most recent performances have been in the US and Europe, I look forward to playing in Asia when things are back to normal.

UB: Can you share with us your memories of playing for Herbie Hancock when he visited Jakarta as a UNESCO Goodwill Ambassador in 2011? How did that meeting between you two come about?

JA: Who doesn’t know Herbie Hancock?! I was eight at the time, and I was looking forward to meeting him, but if I had a choice, maybe I wouldn’t have played for him! Backstage, he asked me, ‘what are you going to play’, and I said, ‘Watermelon Man’[a legendary Hancock solo piece that he himself had recorded at only 22], and Herbie said, ‘Are you gonna play that solo’?

UB: So you were a brave one! It must have gone well, because some sources on you say that it was after meeting Hancock that you decided to dedicate yourself to jazz as a profession. That’s a big ambition for an eight-year-old! Is it true that, as it’s commonly said, you felt you possessed a ‘gift from God’ in the form of your musical talents? Are you a particularly spiritual person?

JA: I have shared the stage with Herbie a number of times these past years, and he has always been as encouraging as the time we first met. I do believe that playing this music is God’s gift, but it is also a responsibility.

UB: Two years after meeting Hancock, you won the Grand Prix at the Master-Jam Fest in Odessa, competing alongside over 40 musicians of all ages hailing from 17 countries. Did that event make you feel like you had finally ‘arrived’ professionally? It seems like an important moment, as shortly after that you moved to New York with your family in order to participate in the New York jazz scene.

JA: It is sad what is currently happening in Ukraine! The 2013 event in Odessa, where I played with jazz musicians from all around the world was definitely the start of my professional career. That event helped me gain confidence that I never had before. I’m thankful for it. I moved to New York a year after that, in 2014.

UB: How has the COVID-19 pandemic impacted you and your work? So many people around the world have been suffering in many ways, health-wise, economically and mentally. Do you think jazz can help heal or unite people in such times?

JA: Yes, I do. Of course music can heal or unite – that’s what music does, and I think jazz is a great way to unite people, much like food that brings peace and unity. Jazz brings about freedom of exchanging energy and ideas and to do that we have to accept each other.

UB: It is also often said that jazz is even a ‘universal language’ that bridges cultures and differences between peoples, and that it can help foster peace in the world.

JA: Yes, I agree with that.

UB: Joey, many children show an interest in music at an early stage of their development. Do you think young people can gain something unique or important by studying music?

JA: One doesn’t have to be an aspiring professional musician to learn music. Every person will have a different path. Early musical education is important, and if one wishes to continue music education later in life, they should.

JA: In general, music is a great way to stimulate learning and should be promoted by everybody who has the power to make it happen.

UB: Turning to Asia, what might be some ways young jazz musicians in Asia could be cultivated or supported in the region?

JA: I hope to see more jazz education in schools in Asia, and more jazz included in regional festivals.

UB: Would you have any advice for young musicians in the region?

JA: My advice would be to learn as much as possible about the music and the history, and to play often with people. Jazz is a conversation; it’s the people’s music.

UB: Classical music was once considered a dying art form in the West, but it is now experiencing new life among a whole new generation in Asia. Is something similar happening with jazz? Does jazz have a special future in Asia?

JA: In my opinion, jazz is not in the same situation as classical music, although I think jazz has grown considerably in Asia recently and will continue to reach more people.

UB: What are some of the projects coming up for you that you are excited about?

JA: I’m releasing my sixth album, ORIGIN, in May, starting with two singles very soon. This is my first album with Mack Avenue Records.

UB: We can’t wait to hear the new album! In the meantime, Joey, thank you for so generously taking the time to speak with us on this year’s International Jazz Day!

— UNESCO Bangkok would like to extend sincere our thanks to Joey Alexander for granting us this interview, as well as his manager, Tom Korkidis, of New Village, for his assistance throughout its development. [Photos courtesy of New Village; All rights reserved.] —

Creativity and Cultural Diversity
Together for Peace