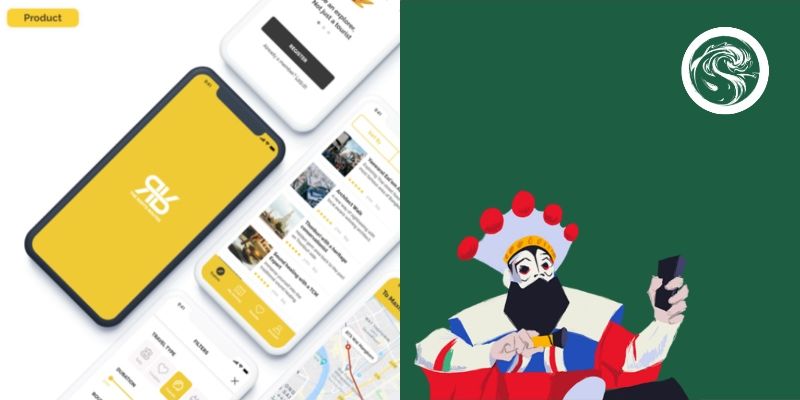 Now less than a year in development, TechCul was launched from 6 December 2020 through 9 January 2021 with a TechCul online ‘ideathon’, namely to promote collaboration between tech professionals, culture sector leaders, entrepreneurs, and founders of creative start-ups as a means to ‘brainstorm’ innovative digital solutions and effective business models in the culture sector, thereby addressing many challenges within the sector in recent times. The TechCul ideathon, held online 6 December 2020, featured 443 participants from 34 countries, who took part in developing ideas addressing common challenges, to brainstorm together, and go on to competitively participate in an online pitching event, where they submitted their projects to UNESCO culture representatives, business leaders, and investors, for cash awards and follow-up technical support, mentoring and investment from UNESCO Bangkok and project partners .

Given that participating teams originated from a wide variety of countries worldwide, the event was both international and, at times, notably regional, with a focus on challenges facing the cultural sector in the Asia-Pacific region. All teams proposed unique and innovative ideas on how to further develop their culture industry. Projects ranged from bringing back public attention to a lost art through special exhibitions, to an interactive, online interface made by explorers and cultural enthusiasts. The scale of projects was also diverse, some as large as mapping out the oral traditions of Lao culture through an interactive online atlas, and others as modest as supporting rural areas and their culture sectors by finding art teachers for school classes in the Philippines.

The TechCul ideathon had much to offer everyone, and since its conclusion, UNESCO Bangkok has maintained contact with many of the winning teams to learn of their projects’ progress. In light of the COVID-19 pandemic, there have been complications in some projects’ progression. For some winning teams, however, the pandemic has provided an unanticipated opportunity to improve their skills and push their projects to a whole new level. Some teams have chosen to strengthen their relationships with all involved parties; some have chosen to learn new skills altogether, such as computer programming and game design; still others have chosen to cement their brands to a proper business model.

One technology that has been constantly seeing new innovation is digital apps, whether for computer or mobile phone. Tourists and others are able to use such apps as a means to learn details about the sites they are visiting. But what about locations that aren’t readily found on the internet, locations perhaps hidden behind the local knowledge of their communities?

A digital app called the Roots Routes enables just that kind of search. A winner of no less than four major awards from the TechCul inaugural ideathon, Roots Routes aims to provide keen explorers with an abundance of information about a given destination via an interactive interface, one that fosters cultural immersion with local and indigenous communities and a site’s lesser-known points of interest. This enables a visitor to arrive at a concise, yet potentially expansive network of cultural exploration. As the award-winning founders of the app have stated, ‘the project will help the communities to survive through globalization’.

Currently in its first phase of development, the Roots Routes project is focusing on target locations present in four cities in Thailand that are included in UNESCO’s Creative City Network, namely Bangkok, Chiangmai, Phuket, and Sukhothai, each one possessing a rich and unique cultural heritage with the potential of transmitting to a visitor great cultural value. The platform will serve to introduce avid explorers to the core content and local cultural values of the site, along with suggesting other interesting cultural spots, preparing tourists for their visit to the site even well before they are able to travel there in person.

But how will the Roots Routes team gather all of this information? As it turns out, the team is able to produce a cultural mapping of the potential creative industries of a site, including its tangible and intangible cultural heritage and its surrounding areas. Through online study and collaboration with local communities and individual partners, the project plans to introduce core values of the local community to first-time visitors through several key topics: Food and Cuisine, Beliefs and Traditions, Wellness, Craftsmanship, Habitats, and Expressions.

Such developments are, however, hardly exclusive to Thailand. For example, the creative team behind the Viet Nam start-up Cultura Fish focuses its efforts on bringing hát bội, Vietnamese traditional opera, into contemporary life by blending technology with educational adaptation.

Hát Bội, as stated by researcher Vương Hoài Lâm, is a form of local performing arts with influence from East Asia, and South East Asian culture, which was long supported by royalty and provincial mandarins as a court art, and which was widely performed for a variety of esteemed audiences. Especially in Central Viet Nam, the popularity of hát bội emerged in the sixteenth century by influence of playwright Đào Duy Từ in the north, and then introduced to the south in the eighteenth and nineteenth centuries. The main practitioners and preservers of Hát bội are mostly actors and actresses of an older generation, usually with lineages of family working in the industry. As a result, Hát bội audiences comprise mostly senior audiences, but that does not stop younger audiences from being influenced by the taste of their elders.

Following their completion of the UNESCO TechCul ideathon, and upon winning both the ‘ICHCAP ichLinks’ and ‘Entrepreneur’ prizes, the Cultura Fish team, in cooperation with ICHCAP, conceived an online exhibition to showcase hát bội to all peoples, from school children to corporate executives. In addition, the team organized in March 2021 a one-week youth hát bội appreciation workshop. As a consequence of their receiving sponsorship support from the French-Vietnamese company Officience Vietnam, the Cultura Fish team is currently further developing their website to provide hát bội content in both English and Vietnamese for an increasingly expanding audience. Future plans include the development of online exhibitions, courses and workshops.

The TechCul ideathon has inspired many new and wonderful ideas that will possibly change the way that we look at the digital technologies and the creative sector industries both regionally and globally. With an eye to the first-ever global agreement on the Ethics of Artificial Intelligence that UNESCO’s 2021 General Conference has just adopted, UNESCO Bangkok plans to build upon the success of the first TechCul ideathon by further exploring with current and future partners the great potential that digital technologies can bring to the culture sector in the Asia-Pacific.

By Kantawat Malasai, a volunteer in the Culture Unit, UNESCO Bangkok; he holds a Bachelor of Social Science (BSocSc) degree in ‘Culture, Society, and Media’ from the College of Asia Pacific Studies, Ritsumeikan Asia Pacific University.

For more information about the TechCul initiative and its recent award winners: https://bangkok.unesco.org/content/techcul-ideathon-winners-tackle-challenges-culture-and-creative-sector