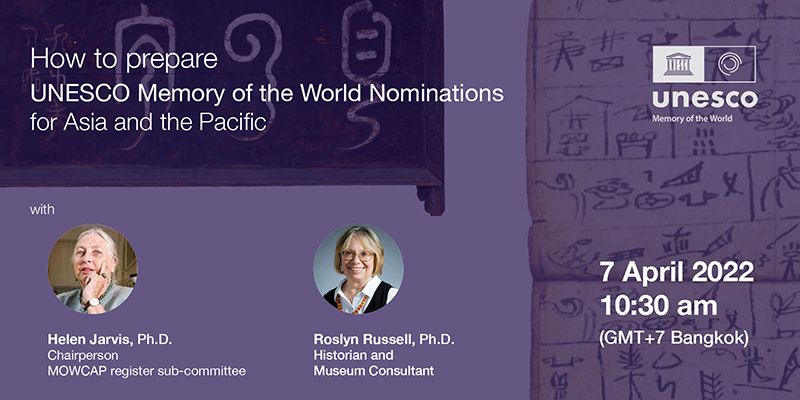 Many libraries, archives and memory institutions in the Asia-Pacific region face formidable challenges, namely vulnerability to human and natural disasters, challenging climatic conditions, as well as funding and public engagement hurdles. The Memory of the World Committee for Asia and the Pacific (MOWCAP) aims to assist all such stakeholders with the preservation of, and the provision of universal access to documentary heritage of the Asia-Pacific region, and to increase awareness of the existence and significance of such heritage.

One of the ways in which MOWCAP supports the sustainability of documentary heritage in the region is through the MOWCAP Regional Register, a UNESCO stamp of recognition that increases visibility of, and accessibility to the officially inscribed items.

The workshop will additionally highlight applying the gender equality lens to the Memory of the World Programme, as well as to collections related to Indigenous peoples in connection with the recent launch of the International Decade of Indigenous Languages 2022-2032.

Workshop facilitators Helen Jarvis, Chairperson of the Memory of the World Regional Register Sub-Committee, and Roslyn Russell, a historian and museum consultant and Chair of the Australian Memory of the World Committee, will be conducting one-on-one reviews of participants’ nomination dossiers, lending expertise in documentary heritage to enhance potential nominations to the MOWCAP Regional Register.

Helen Jarvis is current Chairperson of the Memory of the World Regional Register Sub-Committee (Cambodia) and served as a member of the Programme’s International Advisory Committee from 2013 to 2018. She completed her doctoral degree in Political Science and Indonesian Language and Literature at the Australian National University, earning her PhD from the University of Sydney.

She helped to spearhead the designation of the archives of the Tuol Sleng Genocide Museum (Cambodia) onto the Memory of the World International Register and served as Chief of Public Affairs and Victims Support Sections at the Extraordinary Chambers in the Courts of Cambodia, which brought to trial senior former leaders of the Khmer Rouge regime.

In her decades of scholarship, Jarvis has contributed significantly to research and publications related to Cambodia’s modern history and genocide more broadly. 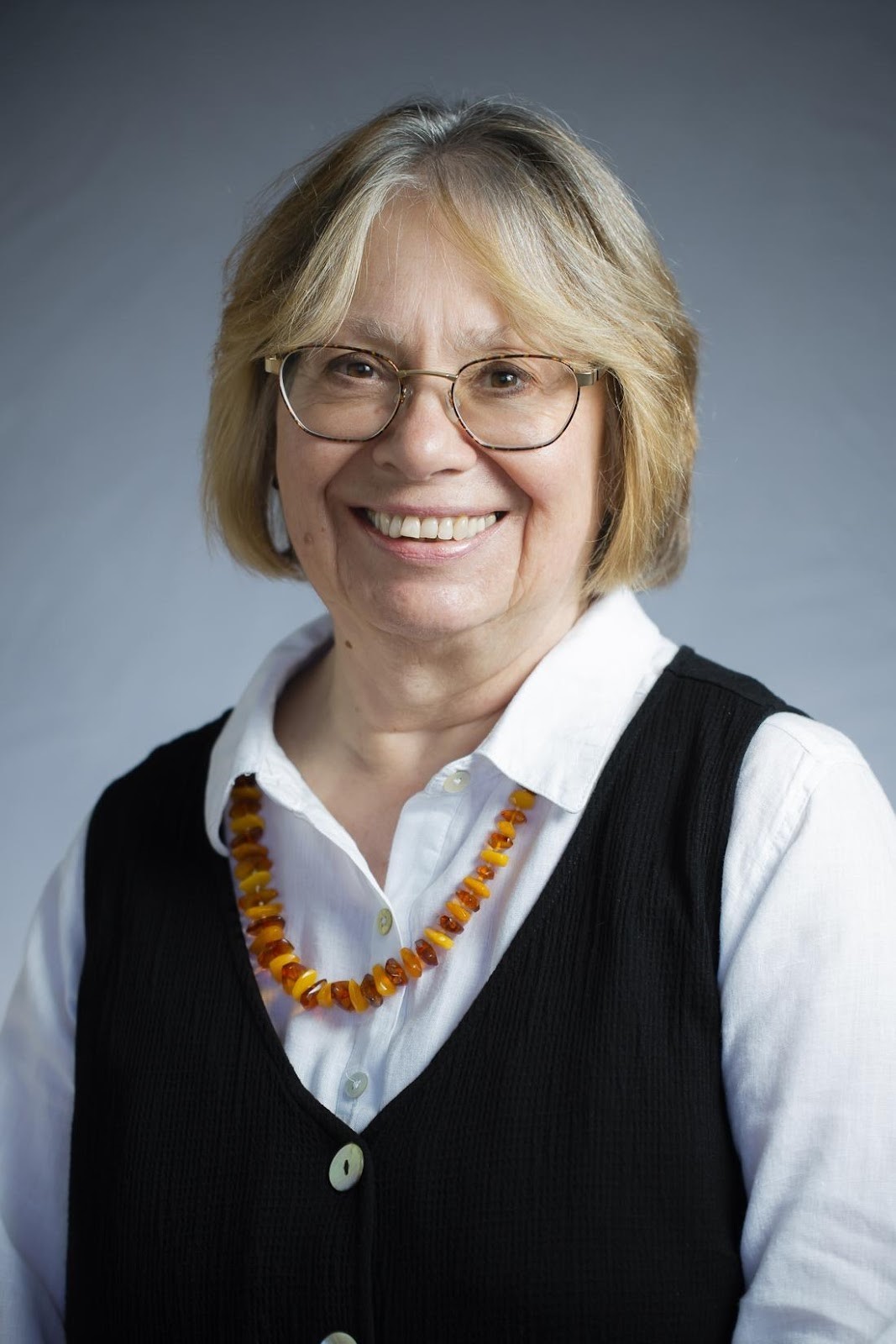 Roslyn Russell is a historian and museum consultant based in Canberra, Australia. She has been involved with the UNESCO Memory of the World Programme since 1994 as part of the team that developed the first version of the General Guidelines for Safeguarding Documentary Heritage (UNESCO, Paris, 1995). She was a foundation member of the UNESCO Australian Memory of the World Committee in 2000 and has been its Chair since 2013.

Russell has participated since 2007 as an expert in many workshops in Asia and the Pacific, and in the Caribbean, to help nominators to develop effective nominations to the UNESCO Memory of the World registers.