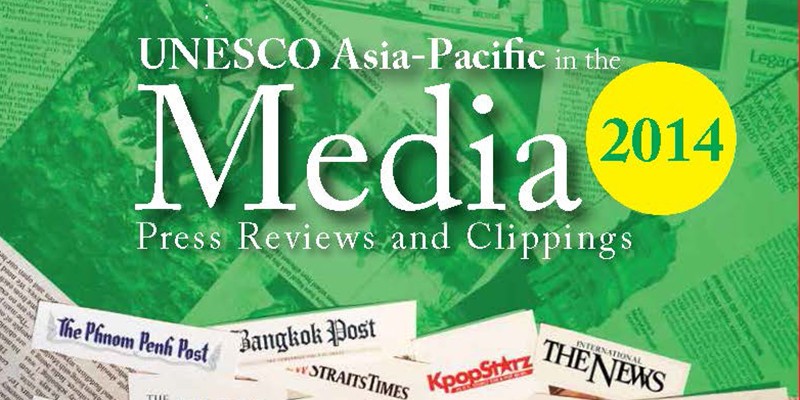 The compilation of articles about the organization’s activities taken from traditional and new media in Asia-Pacific throughout 2014. 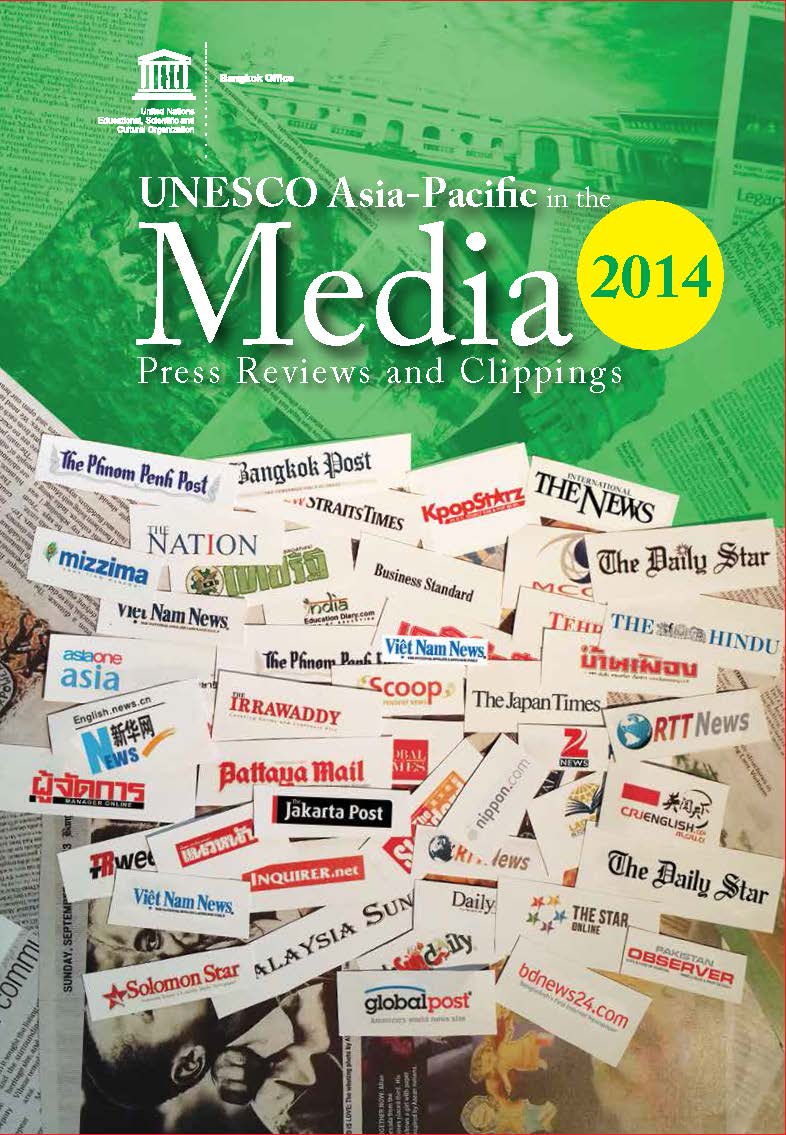 This second edition of the “UNESCO Asia-Pacific in the Media: Press Review and Clippings” report has been expanded to feature Chinese-language articles as well as Arabic and French inclusions. This more comprehensive coverage is reflected in the number of clippings collected here, up from around 100 in our initial report to more than 500 in this edition.

The variety of reports compiled in this compilation are testament to the breadth of UNESCO’s activities and their growing profile in the Asia-Pacific region. The articles here are grouped according to seven core UNESCO themes: Education for the 21st Century; Fostering freedom of expression; Protecting our heritage and fostering creativity; Learning to live together; Building knowledge societies; One planet one ocean; and Science for a sustainable future.

Reports related to education in Asia-Pacific and UNESCO’s education-themed programmes, reports and events are well represented here. The Asia-Pacific Regional Education Conference (APREC) held in Bangkok in early August and the UNESCO World Conference on Education for Sustainable Development were two of the higher-profile highlights of 2014.

As in our previous report, UNESCO’s efforts in the field of culture gained significant attention throughout 2014, particularly the inscription of Pyu Ancient Cities onto UNESCO’s World Heritage list, Myanmar’s first site on the register. The Asia-Pacific Awards for Cultural Heritage Conservation also resulted in extensive coverage in media outlets throughout the region.

Other initiatives that received significant media attention were the release of the disaster preparedness app, “Sai Fah: The Flood Fighter”, the UNESCO World Press Freedom Day poster competition and subsequent discussion at the Foreign Correspondents’ Club of Thailand, as well as the “School Rainbow” campaign to bring attention to the issue of transphobic and homophobic bullying in schools, among several others.