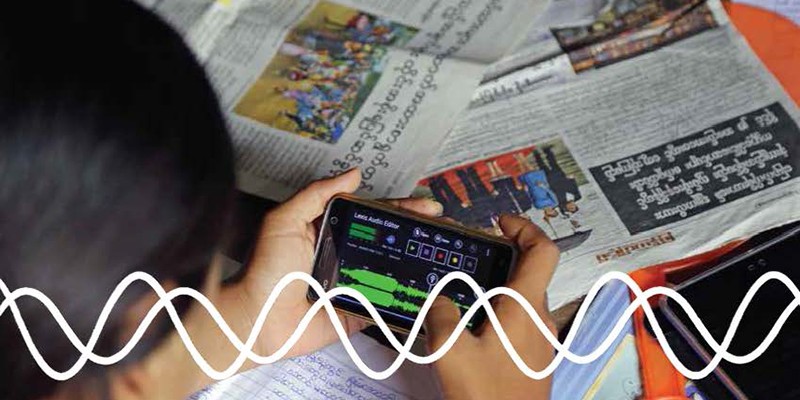 UNESCO’s publication “Community Media Sustainability Policy Series”, recently published in Myanmar language, is guiding the discussions with policymakers, government, ethnic groups and civil society organizations in the country in the lead up to the passing of the amendments to the Broadcasting Law, which will open the way for the first community media stations to be established in the country.

Since the transition towards democracy started in 2011, Myanmar embarked in a series of reforms in the media sector that include the abolishment of prior-censorship, the establishment of the Press Council and the passing of the Printing and Publishing Law which allowed private papers to be published in the country.

The next big reform will be the regulation of the Broadcasting sector which is expected to kick off in 2018 with the passing of the amendments to the Broadcasting Law (2015). Is in this context, where UNESCO is facilitating a series of dialogues with stakeholders to build common understanding on the role and importance of community media and define the type of community media that best suits Myanmar. A first dialogue with Members of the Parliament, Government, including the Military, was held in June 2017 and currently UNESCO is conducting further dialogues with CSOs and local journalists in 4 States and Regions, namely Yangon, Sagaing, Shan and Mon to raise awareness on Community broadcasting.

The publication “Community Media Sustainability Policy Series” (UNESCO, 2017) has been developed to assist media regulators and government institutions to provide a regulatory environment that recognizes the value of community media and supports its long-term sustainability. The publication builds upon the recommendations from the landmark UNESCO event on Community Media Sustainability: Strengthening Policies and Funding, held at UNESCO HQ in 2015, that brought together regulators, broadcasters and community media representatives from across the globe.

The Myanmar version of the publication has been disseminated to relevant Government departments within the Ministry of Information, Ministry of Ethnic Affairs, Ministry of Defense and also with the Bill Committees of both upper and lower houses of the Parliament.

This work is part of UNESCO’s ongoing initiatives in support of Media Development and Freedom of Expression in Myanmar in the context of the democratic reforms and is financially supported by the European Union and the Kingdom of Sweden.