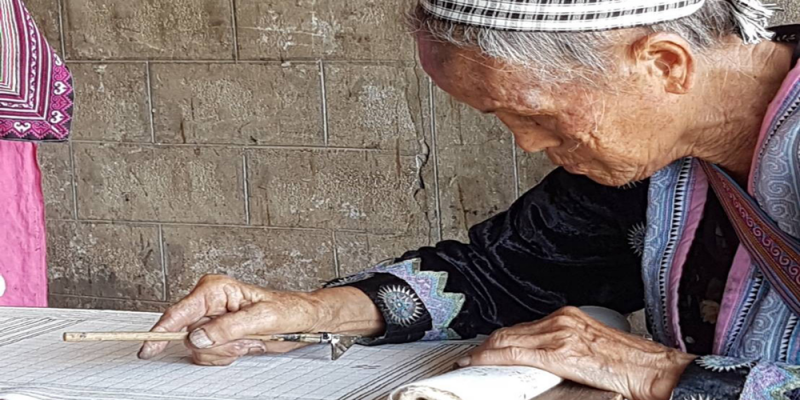 ‘The people are the ones that embody and own the knowledge.’ That observation, made by Benjawan Buakwan, a researcher from the College of Local Wisdom at Thailand’s Thaksin University, illustrates one key aspect of intangible cultural heritage – and how quickly ideas about safeguarding such heritage are changing in Thailand.

Unlike the rock-solid physical monuments and iconic historical sites invested with so much cultural significance, intangible heritage can be a fuzzy concept, sometimes hard to define, and yet it is at the foundation of national, community and even personal identities. The traditions and living expressions passed down the generations – the performing arts, relationships with nature, social and religious traditions, to name a few examples – define people’s ties to their forebears and, in a very real way, who they are today. In the context of accelerating globalization, recognizing and protecting such heritage is essential to prevent the irretrievable loss of culture and identity.

In June 2016, Thailand officially recognized the values and urgency involved, signing the 2003 Convention for the Safeguarding of the Intangible Cultural Heritage (ICH) forged at the 32nd UNESCO General Conference in Paris, based on ‘the importance of the intangible cultural heritage as a mainspring of cultural diversity and a guarantee of sustainable development’. The commitment to the goal is crucial, but the hard work is in the training and empowerment on the ground.

To that end, Thailand’s Department of Cultural Promotion under the Ministry of Culture and UNESCO Bangkok have recently completed two capacity-building workshops targeting stakeholders at the national and community levels to strengthen that commitment to safeguard. In a programme expected to run through 2019, culture officers, academics and NGO workers are being brought together with local communities. Combining presentations, group discussions and fieldwork, the programme provides participants with a comprehensive view of principles and approaches embodied in the 2003 Convention, and critical reflections on how that framework fits with Thailand’s national policy and methodologies.

One immediate conclusion is that the nature of the work is changing. As participants engaged with communities at six field sites, the programme demonstrated a different, more collaborative relationship with local communities than was previously the norm. ‘I think the knowledge and experience gained from the training will affect the way we work,’ Ms Benjawan said. ‘Normally, researchers and cultural officers, when going into a community to gather information for a nationally registered ICH element, tended to position community members as informants, whose function was to provide raw data. Analysis and information management was done back at the office by the researchers.’

That methodology is now being reconsidered. ‘At the training we managed the information together with the community members,’ Ms Benjawan added. ‘They have become interpreters, analysts, communicators and users of their own information. Universities and governmental agencies, in fact, should only support the process of discussion to identify the interconnection of different ICH elements in the community.’

The increasing emphasis on community involvement stems from several long-term trends evolving in the field of heritage conservation. Perhaps the most obvious is an increasingly heightened respect for local knowledge passed down the generations, which in turn is informing researchers and, in theory at least, eventually policy-makers.

Songpolsak Rattanawilai, a participant from the Pgakenyaw Association for Sustainable Development, provided a tangible example growing from interaction with members of the Karen ethnic minority, which has often been historically marginalized, in northern Thailand. ‘It gives us an opportunity to express our rationale with governmental officials and researchers to find the right words and correct misunderstandings. For instance, about the rotational farming of the Karen minority, which many Thai people still believe is a form of deforestation,’ Mr Songpolsak said. ‘In fact, this type of farming is how the Karen people have co-existed for centuries with the surrounding nature. It helps limit land encroachment, maintains biodiversity of flora and fauna, and provides nursery zones for young wildlife, as well as enough food and utilities for the villagers.’

His account also highlights another aspect of safeguarding ICH in the context of sustainable development. ICH safeguarding, ecological and community values are interdependent – and sustainable only when practised in terms of mutually reinforcing goals. In one basic sense, ICH safeguarding and ecological conservation is only sustainably achieved if local communities have a stake both socially and economically in these efforts. 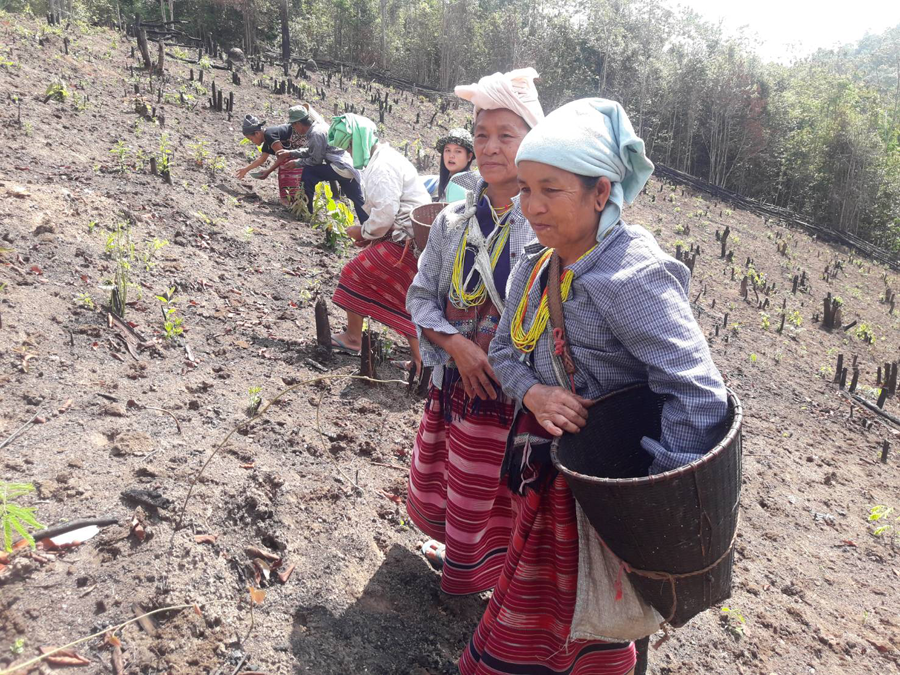 ‘The field exercise was beneficial, not only for the trainees, but also for the communities that we visited. It introduced a rare chance for local people, especially ethnic minorities, to discuss with outsiders, with the country where they came to live and with the world, the greater meaning of their traditional knowledge and practices,’ said Patita Hemtanont, a cultural officer from the Department of Cultural Promotion, who conducted fieldwork inventorying traditional Batik handcrafts at the Hmong village of Doi Phu. ‘By strengthening the community’s ability to benefit socially and economically from their ICH, we can most constructively ensure its promotion and transmission. I think this resonates as the core objective of the ICH Convention.’

Part of the complexity of training for and implementing the Convention is marrying its international framework to national and communal contexts, finding out what practices are applicable in particular communities, and those that are not. While cultural heritage is by its very nature unique to the community from which it springs, best practices to safeguard it can be shared. During the second training session on community-based inventorying, four experts from Malaysia, Pakistan, the Philippines and Viet Nam joined to share experiences and insights on the implementation of the Convention and ICH inventorying in their own countries, shedding light on the differences and similarities of approaches and how participants could learn from each other.

Intangible cultural heritage belongs to specific communities, but it is not diminished by being shared. MrSongpolsak described how the experience of inventorying the heritage of the Karen community had opened a new window of understanding. ‘Our group spent days living their way of life, eating their cooking, planting rice on the hills, travelling into the woodlands that are a part of the rotational farms. We learned firsthand the reasons behind cultural ceremonies and activities in a year,’ he said. ‘This is how the community-based process can inform policy-makers.’

The inventorying process, then, is not an end in itself. It is a goal to strengthen safeguards of heritage elements and advocate for the inclusion of heritage in development plans and strategies. During the workshops, participants learned how to design site-specific frameworks for information-gathering, shape contextualized questions, and conduct interviews and participatory activities with local communities. It is a time-consuming process to engage communities fully. In order for inventorying and safeguarding efforts to be sustainable, however, no other ways seem possible.