Sanctuary from the streets: Inside Kuala Lumpur’s ‘slum school’ 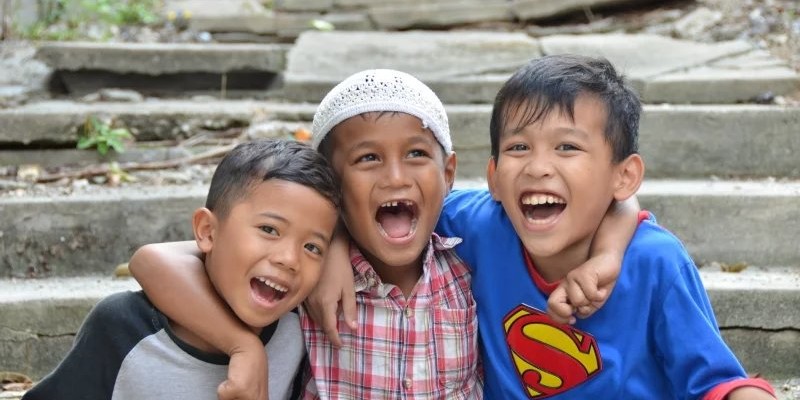 Sanctuary from the streets: Inside Kuala Lumpur’s ‘slum school’

Zulkernai Fauzi had only one directive when he was charged with running a school in the heart of an area of Kuala Lumpur known for its drug activity, prostitution and gangsterism: just keep it open.

It was a reasonable request in an area where only two months previously a teacher had a knife put to her throat when she went looking for one of her students.

“I studied the environment. I met with the police. I had to make sure my teachers and my kids can come here and that the school is safe,” he says. “I knew I could not change this environment.”

“What could I do?” Zulkernai asks. “I joined them.”

He’s quick to point out that he did not turn to a life of crime, but rather that he began spending time with the different groups in the area in the hopes of eventually winning them over, or at least gaining their acquiescence. “I would sit with them and eat with them until two or three in the morning to get their trust.”

Eventually he met and received the blessing of the area’s “godfather”.

That was in 2013 when the school opened its doors to 40 children in the neighborhood. Now around 150 attend the school, many of whom would have no other access to education.

SBJK draws its mission directly from the United Nations Convention on the Rights of the Child, in particular Article 28a calling for countries to “make primary education compulsory and available free to all”.

The school offers four levels of education: preschool (for children between the ages of four and six); primary (seven to 12); secondary (13-19), as well as basic vocational skills classes.

Students are drawn from four main groups: children without documentation who have at least one parent who is a Malaysian citizen; dropouts from the national school system; orphans in facilities registered with the Department of Social Welfare; and children with social problems.

‘SOME COME TO EAT, AT FIRST’

Zulkernai continues to maintain a presence on neighborhood streets, now often in the company of his teachers, looking for children they can encourage to go to school.

“I have to go out at night to find these children and then convince them to come to the school,” he says. “They might come to school for food the first time [the school serves breakfast at 8am, lunch at noon and dinner at 4pm]. Most of them have either had problems with documentation or had dropped out from the formal school system. They can be found on sidewalks, under bridges, and in makeshift shelters.

“Children don’t come here because they want to get As, or Bs,” he says, “but because they want a better life than what they have outside … These children come to school without anybody forcing them to.” For many, he says, “before this nobody cared. Their parents don't care and the community doesn’t care about them.” He adds that despite parental supervision for many of these children being minimal or absent altogether, attendance is nonetheless 80%. 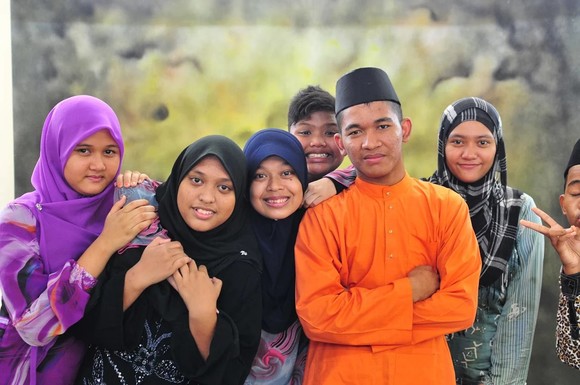 Children at his school learn a modified form of Malaysia’s national curriculum. As a UNICEF publicationmapping alternative learning programmes in Malaysia notes, “the curriculum used in SBJK is based on the national curriculum with some modifications to cater for the socio-cultural needs, potential and environment of the students.”

The 16 teachers at SBJK all have volunteered for the posting. Irnawati Chanmekun, who teaches English for all grades at the school, saw the opportunity as both a challenge and a chance to give to the community and help the children “have a better life outside.”

The biggest challenge she faces as a teacher, she says, is peeling back the hard layers that the streets have built within the students.

“Their hearts are very hard because they have never known what love is. They’re living for themselves. When teachers come here, we bring them love, teach them how to get along with others, and their hearts become soft,” she says. “Now they believe in us and they can tell us their stories, their problems.”

Zulkernai works with government agencies to ensure that his students can take national exams despite in some cases lacking documentation. He says to date 50% of those who have done so have received their certificates, and some of his older graduates are already working, including as kindergarten teachers elsewhere. “I have to think outside of this school... how to make them feel better about their past.”

Helping students build lives outside of what they’ve known on the streets is difficult. The principal says some of his older students – “older” though still only 15 – bounce in local bars all night before going to school at 10am, two hours after the morning session begins, catching only a few hours of sleep. Others return to situations that put them at risk of abuse, whether sleeping outdoors or in other unsafe places.

To address this and offer an option, it was announced earlier this year that the Malaysian government would build a hostel for the school with the capacity to house 100 boys and 100 girls.

Zulkernai looks to the long term, to how what he and his teachers is making a difference in the lives of these children and how this could be the foundation for wider change in Chow Kit. “When you teach these children, slowly you can change the community,” he says. 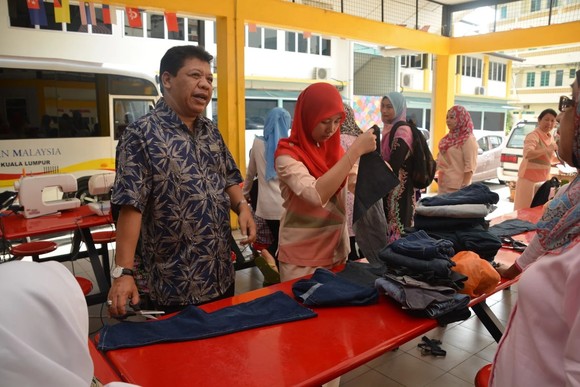 Principal Zulkernai Fauzi, pictured, says empowering students with practical skills they can use to improve their lives is one of SBJK's main goals. (©Sekolah Bimbingan Jalinan Kasih school)