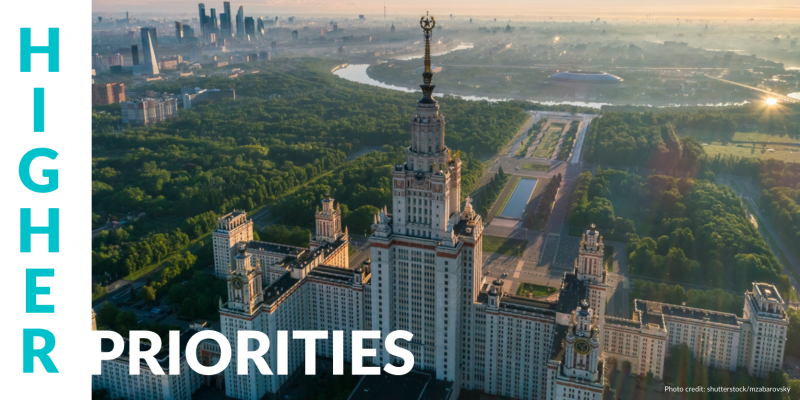 “Accession to the Tokyo Convention is another stage in the development of international relations between Russia and countries in the Asia-Pacific in such an important area as the recognition of foreign education – this step establishes confidence in education systems for assessing quality, and for establishing formal interactions with National Information Centers in the region,” said Mr. Igor Ganshin, Director of the Department of International Cooperation of the Ministry of Science and Higher Education of the Russian Federation.

“This is really an encouraging development,” said Libing Wang, Secretary of the Tokyo Convention Committee at UNESCO Bangkok. “The Russian Federation’s ratification of the Tokyo Convention will certainly facilitate the cross-regional cooperation on qualifications recognition and student mobility between Asia-Pacific and Europe. We believe this step will also build further momentum for UNESCO Member States to ratify the global recognition convention.”

The Tokyo Convention Committee and Asia-Pacific Network of National Information Centres (APNNIC) are the official networks of recognition authorities and NICs in the Asia-Pacific. The Russian Federation and APNNIC Members hope that the Tokyo Convention will help to build trust between Russia and countries throughout Asia and the Pacific, including through collaboration among the National Information Centres.

For more information about APNNIC or the Tokyo Convention Committee, please contact the Secretariat at UNESCO Bangkok: eisd.bgk@unesco.org.