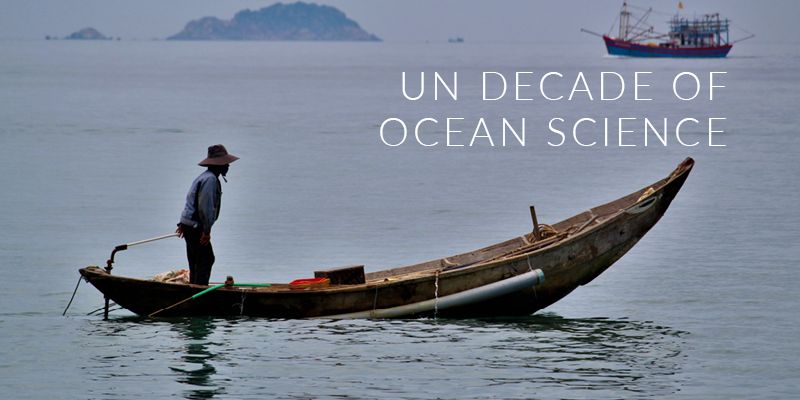 TOKYO: The North Pacific and Western Pacific region is the most densely populated area in the world with a population of more than 3 billion. Human activities are inextricably linked to the ocean, with large impacts on surrounding coastal waters and marine ecosystems associated with increasing economic development, climate change, non-sustainable resource extraction, land-based pollution and habitat degradation threatening the productivity and health of the ocean.

With that sense of urgency, the three-day UN Ocean Science Decade Regional Planning Workshop for the North Pacific and Western Pacific Marginal Seas (RPW-NPWPMS) met in Tokyo in early August, culminating in a wide range of action and partnerships to advance scientific knowledge needed for sustainable development.

The planning workshop included more than 160 participants from 18 countries, spanning communities from ocean policy and management, ocean science and technology, business and industry, NGOs and civil society, donors and foundations, and various intergovernmental and international bodies/programmes.

“We shall take the once-in-a-life time opportunity to shape a better ocean science agenda and connect ocean science more closely to our society,” said Zhu Wenxi, Head of the UNESCO/IOC Regional Secretariat for WESTPAC. “Science and technology are a major driven force for social-economic development. Along with policy formulating, education public campaign and private sectors engagement, science will help pinpoint the most effective actions and create new solutions.”

The UN Decade of Ocean Science for Sustainable Development (2021-2030), proclaimed by the UN General Assembly in December 2017, aims to support efforts to reverse the cycle of decline in ocean health and gather stakeholders worldwide behind a common framework that will ensure ocean science can fully support countries in the achievement of the 2030 Agenda Sustainable Development Goals.

The Regional Planning Workshop aims to build dialogue among various ocean stakeholders in the region, focusing on the joint development of solution-orientated research strategies to address six societal outcomes during the Ocean Science Decade: a clean ocean, a healthy and resilient ocean, a predicted ocean, a safe ocean, a sustainably harvested and productive ocean, and a transparent and accessible ocean.

The workshop featured two plenary sessions and six breakout sessions. In addition to the plenary session on the major results of the 1st Global Planning Meeting on 13-15 May 2019 in Denmark, participants broke out into six working groups. Deliberations focused on knowledge gaps and scientific priorities in the region that should be addressed to achieve the six social outcomes. Participants also addressed existing and potential international initiatives, programmes and partnerships in addressing knowledge gaps and scientific priorities, and the role of cross-cutting themes in the Ocean Science Decade, such as capacity development and marine technology transfer, partnerships and financing, data, information and knowledge sharing, and communication and awareness.

On the afternoon of 2 August, participants gathered again to further examine the working groups’ proposals and preparations, willingness and even potential commitments to the Decade, including the need to engage early career professionals.

“The Regional Planning Workshop represents a starting point for all individuals, institutions and countries in the region to examine their science actions and synergize efforts in achieving the Decade objectives,” Mr Zhu said.

Enthusiasm for and passion about the Decade were pervasive throughout the event, resulting in a series of concrete follow-up arrangements. Inputs and recommendations will be integrated into the Decade’s global science action plan and operational plan.

The Regional Planning Workshop was organized by the IOC Sub-Commission for the Western Pacific (WESTPAC), in close cooperation with the North Pacific Marine Science Organization (PICES), Japanese National Committee for IOC/UNESCO, Japan Agency for Marine-Earth Science and Technology (JAMSTEC), the University of Tokyo and other partners in the region.

The Sub-Commission extends its appreciation to the Ministry of Education, Culture, Sports, Science and Technology (MEXT) for its financial support as well as to other partners, co-organizers, conveners and rapporteurs for their efforts that made the Regional Planning Meeting possible.