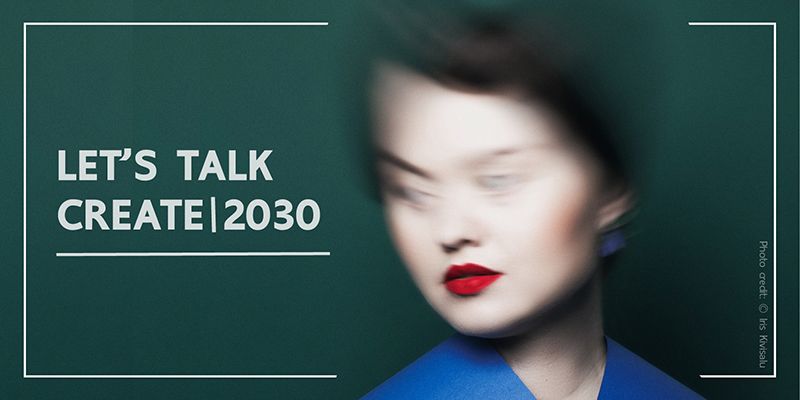 Nearly 30 million jobs in the culture and creative industries worldwide generate annual revenue of US$2.25 trillion, accounting for 3% of world GDP. In Thailand, the National Statistical Office has recently estimated that over 800,000 people work in the creative industries in Thailand, which contribute 9.5% value to the country’s GDP.

The creative economy has great potential to contribute to sustainable development. In many countries, however, the institutional and legal environments have not been set to enable and foster a diversity of cultural expressions. Further, according to a recent study by ILO, a high percentage of workers in the culture sector are in precarious working conditions without stability, sufficient income or any form of social protection.

The Create|2030 talk on 13 February, organized at the TCDC Commons at W District in Bangkok, provided an opportunity for renowned cultural practitioners and experts from Thailand and beyond to discuss establishing a positive environment for the creative sector. Panelists also debated questions about how government, cultural organizations, creative practitioners and citizens from around the world can work together to address these issues, and what needs to be done for the creative economy to be recognized as a new opportunity for sustainable development. 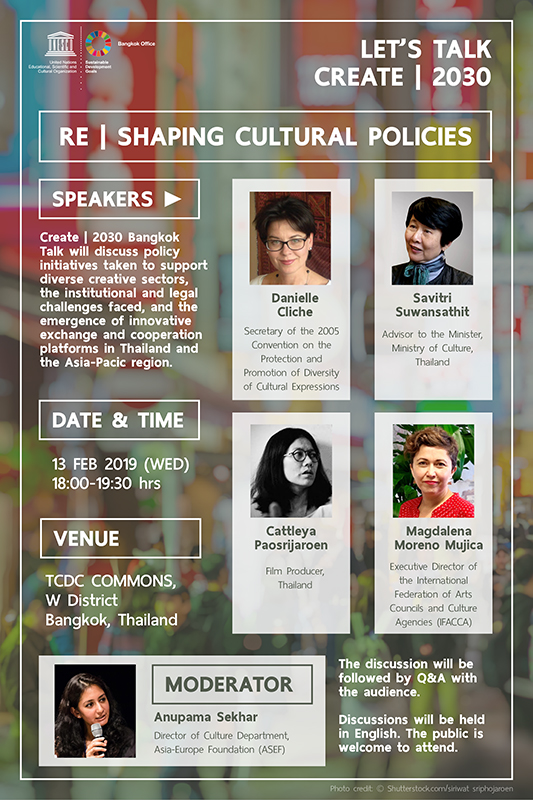 This was the first time the newly developed Create|2030, launched at the 12th Intergovernmental Committee Meeting of the 2005 Convention for the Protection and Promotion of the Diversity of Cultural Expressions, has been brought to the country level to explore how global solutions can be adapted to local contexts.

The talk was organized within the framework of the EU/UNESCO Expert Facility meeting, held from 12 to 14 February 2019. The meeting will gather 42 international experts, including 26 women and 16 men, from 35 countries, who represent a wealth of cutting-edge expertise in issues related to creative industries, cultural entrepreneurship, cultural policy, cultural statistics and indicators, digital, artistic freedom, media diversity, trade, status of the artist, gender equality and intellectual property rights. The Expert Facility has recently been renewed thanks to a generous support from the EU for the project “EU/UNESCO Expert Facility on the Governance of Culture in Developing Countries: Support for new regulatory frameworks to strengthen the cultural and creative industries and promote South-South cooperation”.

Since 2010, the 2005 Convention’s International Fund for Cultural Diversity has invested more than US$7.5 million in funding for 105 projects in 54 developing countries. In the Asia-Pacific, nearly $100,000 has been allocated to promote Mongolia’s cultural industries by strengthening cultural policymaking.

The public is welcome to attend. Discussions will be in English.