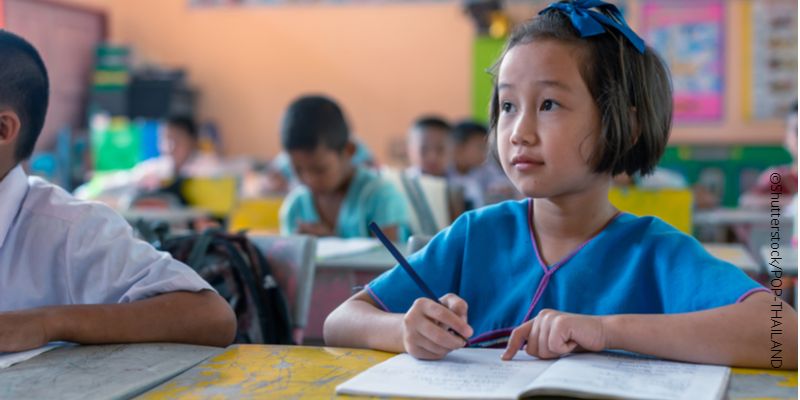 A language is more than just a means of communication. It's also a way of seeing and understanding our world.

Every language on our planet comprises a unique microcosm of beliefs, practices and customs that connects its speakers to their collective past. But today, 43% of them are at risk of being spoken no more, according to data collected by the UN Educational, Scientific and Cultural Organization (Unesco).

Protecting them is a matter of human rights, and time is running out.

Some are so endangered they are spoken by only a handful of elders. The extinction of any of these tongues would be an irreplaceable loss to us all, and our collective human heritage.

This is why the United Nations General Assembly has designated the 10-year period running from 2022 to 2032 as the International Decade of Indigenous Languages (IDIL 2022-2032), an effort led by Unesco with the support of the UN Human Rights Office (OHCHR), the UN Department of Economic and Social Affairs (DESA) and the Global Task Force for IDIL.

Working with UN member states, Unesco will launch a Global Action Plan to preserve all imperilled languages and revitalise nearly extinct ones in culturally and ethnically diverse nations like those which are part of the Association of Southeast Asian Nations (Asean). This can be done through cultural outreach, educational projects, enabling new legal frameworks and a myriad of other forward-looking initiatives.

At the heart of each undertaking will be indigenous communities themselves, based on the operating principle of inclusion summarised in the motto, "Nothing about us, without us."

The participants identified regional challenges, defined priorities, proffered solutions and delineated desirable outcomes of targeted actions. They also adopted an overarching vision for IDIL 2022-2032 in Asia encapsulated in the statement: "We envision a world where indigenous peoples fully exercise their right to preserve, revitalise, promote and transmit their languages for future generations."

That vision can serve as a guiding principle for the region's countries, which have achieved great successes in helping indigenous communities maintain their cultures and traditional ways of life yet have plenty more work to do in this regard.

The growing threat to indigenous languages has not taken place in isolation. Rather, it has been part and parcel of the marginalisation of the human rights of indigenous peoples in mainstream societies. Asean's member states must empower indigenous peoples legally, socially and culturally in order to aid them in preserving, protecting and rejuvenating the region's endangered languages and other forms of cultural expression.

One area of concern is that the speakers of indigenous languages often lack adequate educational resources, including technological tools widely available to others.

Thus, empowering communities with improved access to new technologies and tools for language learning, translation and documentation will be key in helping them preserve, protect and revitalise their languages. Equally important is the development of new media outlets to enable speakers of endangered languages to voice their opinions on issues of interest and concern.

Similarly, Asean member states should foster more inclusive and equitable educational opportunities and learning environments for the speakers of indigenous languages as part of the UN's human rights agenda and its Sustainable Development Goals (SDGs). Educational and cultural projects should be undertaken across wider societies around the region so that all citizens, not just indigenous communities, can recognise the importance of preserving endangered languages.

Through such efforts, we can all come to appreciate the rich ancestral wisdom and knowledge these languages have contributed through generations.

Last but not least, relevant social and policymaking spheres should be broadened in order to encompass indigenous languages, which should also be incorporated into justice systems to ensure effective access to legal avenues.

To be sure, great challenges remain. Yet there are also great opportunities thanks to the promise of concentrated actions in the coming decade.

By Shigeru Aoyagi is the UNESCO Bangkok Director and  Cynthia Veliko is OHCHR Regional Representative.