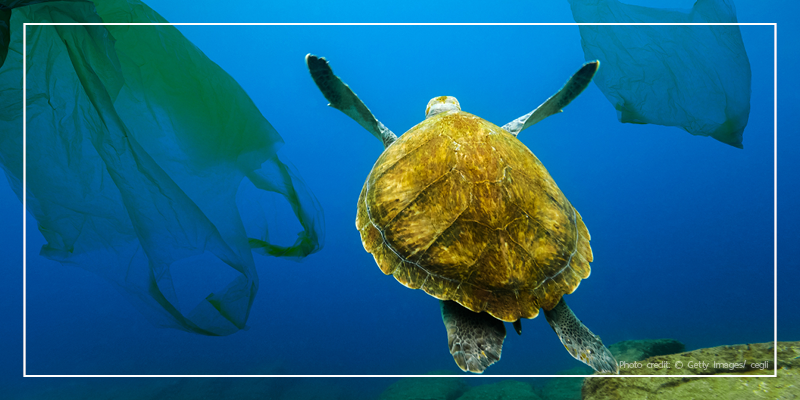 Plastic pollution now litters the highest reaches of Mount Everest to the lowest depths of the ocean, with recent news documenting the prevalence of micro-plastic contamination in the Mariana Trench ecosystem. The news is a sobering reminder of the pervasive and systemic threat plastic pollution poses to the environment and the food chain.

In the past week, Thailand has affirmed its commitment to combat the problem, first with a promise by the National Resources and Environment Ministry that the country will recycle all of its locally produced plastic by 2030, followed by Prime Minister Prayut Chan-o-cha’s pledge to reduce marine debris by 50% by 2027.

As the sixth-worst contributor to marine debris in the world, and the fourth in Asean after Indonesia, the Philippines and Vietnam, implementation of these promises are vital to the country’s future.

Plastic pollution is often most noticeable at the coast, where the tides of waste despoil the shoreline. Studies have estimated that there are 5.25 trillion plastic particles, weighing approximately 269,000 tons, on the surface of the oceans. More than 90% of plastic produced worldwide has not been recycled, ending instead in rivers and waterways and finally in the oceans. Every year, more than 9 million tons of plastic end up in the world's oceans.

In the oceans, plastic poses a global threat to biodiversity. Marine animals such as whales, dolphins, seabirds and turtles often mistake plastic debris as food sources, such as jellyfish and seaweed, leading to reduced feeding behaviours, internal injuries and death. Animals are also often entangled in plastic packaging and netting, in a phenomenon known as “ghost fishing”, leading to suffocation and drowning. New research is also emerging on the potential long-term impacts of micro- and nano-plastic particles in the food chain, travelling up the food chain in concentrations potentially harmful for human health. Micro-plastic has been detected in commercial seafood and drinking water and has the potential to impact human food security and safety.

A single piece of plastic can take over 500 years to degrade – clearly this is not a problem that will go away by itself. There is momentum from governments, the private sector and citizens to find solutions to stem the plastic tide. China’s decision in 2018 to ban low-grade plastic waste imports demonstrated that Asia cannot bear the brunt of Western countries’ mismanaged waste disposal systems. However, the decision left South-East Asia struggling under the weight of the redirected plastic waste, with similar bans then announced in Vietnam and Thailand.

Countries that refuse to deal with their own waste problems are passing the buck, which is largely why we are in a catastrophic waste situation worldwide. This is a transnational environmental problem that must be addressed with transnational solutions.

Thailand’s announced policy, however, is at odds with on-the-ground retail behaviour. Large supermarkets in Bangkok have adopted “plastic bag-free” days, but are still swamped with single-use packaging. People in Thailand use on average eight plastic bags a day, equal to approximately 200 billion per year. The response is often token initiatives predominantly appealing to younger and increasingly aware generations – cafes and restaurants offering metal straws, tea offered in reusable cups, trendy tote bags for shopping. The list goes on.

These “feel good” fixes are part of the answer, but only part, and should not be allowed to distract from needed systemic solutions as well. Thailand’s commitment to 100% recycling by 2030 is a laudable goal, but currently only a select few Northern European countries have plastic recycling rates of more than 50%. Is the goal attainable? As consumers, we need commitments from our governments and also implementation. Thailand’s goals on recycling and marine debris focus on the “green-circular economy” of reuse and recycle as an idealised mantra. To ensure a greener future, however, another necessary element will be to reduce as well.

Behavioural change is vital – something far harder to achieve than policy pledges. We need data-driven, systemic initiatives that combine both science and educational programmes to ensure consumers are aware of their choices and their consequences while also providing alternatives and solutions. Similarly, we need science-driven policy and transboundary science – both geographically and across fields – to ensure targets are met. Regional cooperation is key in Southeast Asia, as cross-boundary pollution often affects environmental targets with land-sourced pollution entering key waterways and travelling thousands of kilometres.

To kick start regional cooperation, UNESCO Bangkok has launched a plastic initiative seeking solutions for waste management in Asia-Pacific through innovation and education, funding and testing innovative potential solutions offered in proposals from young people from the region. Youth are the future of environmental stewardship and behavioural change is needed for both top-down government policy and from bottom-up through community education and involvement. UNESCO’s network of 152 global Biosphere Reserves can provide novel testing environments in which innovative solutions can be implemented with the input of local communities. In particular, the initiative seeks to build cooperative efforts including complementary programmes in educational institutions as well as mutually reinforcing government policy across Asean.

There is no easy fix. Thailand’s recent announcements are encouraging pledges to tackle waste problems, but promises need to be backed up with implementation at every level of society, including not only policy-makers but businesses and consumers as well.

By Laura James, a UNESCO Intern and PhD candidate at Rothamsted Research and the University of Nottingham, where she focuses on food security.

*This article was originally published in The Bangkok Post