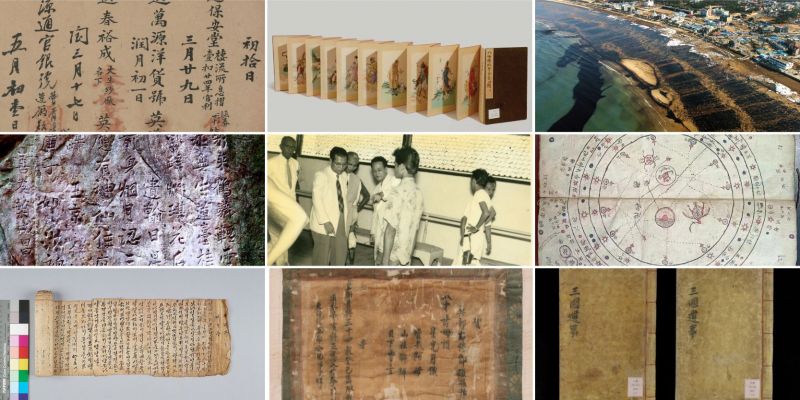 During the 9th Memory of the World Committee for Asia and the Pacific (MOWCAP) General Meeting, held in Andong, Republic of Korea, from 24 to 26 November 2022, nine new items — out of a total of 13 admissible nominations — were inscribed to the MOWCAP Regional Register, a listing of documentary heritage of significance to the Asia-Pacific region as periodically approved by MOWCAP and participating Member States.

This year’s nine successful inscriptions, nominated by the MOWCAP Register Sub-Committee, celebrated diversity, indigeneity, and communities. A collection from China highlights indigenous language characters; another from the Republic of Korea documents a grassroots movement of national solidarity in response to a disaster; and an archive from Indonesian documents a rehabilitation centre for persons with disabilities demonstrates with both regional and global impact. An additional 2022 inscription from China documents the development of a business enterprise with early records of corporate social responsibility activities.

During the MOWCAP General Meeting, participants attended the inauguration of the MOWCAP Secretariat at the Korean Studies Institute, in Andong, Republic of Korea, which is the site of another successful inscription, Naebang-gasa – Songs of the Inner Chambers, a manuscript of poems with origins in the sixteenth century.

This year’s nine new inscriptions to the MOWCAP Regional Register are:

The nine new items raise the total current number of Memory of the World inscriptions to 65. Successful inscriptions are awarded by MOWCAP in recognition of the collection’s regional significance according to various criteria, such as historical significance, uniqueness and authenticity, and takes into consideration the gender sensitivity of nominations submitted for assessment. In addition, proposed plans for preservation and access are considered in the review process.

For more information on the MOWCAP Regional Register, including an online exhibition, please visit the MOWCAP website at www.mowcapunesco.org.