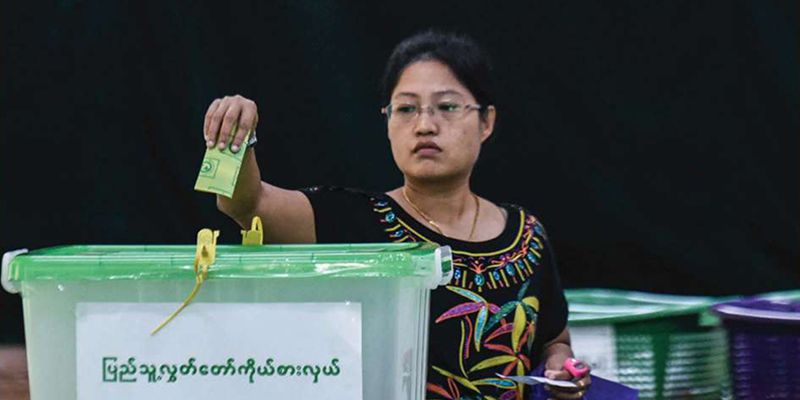 Myanmar is set to hold a general election on 8 November 2020, with a total of 1,171 national, state and regional seats contested. On 5 August, the Myanmar Press Council (MPC) in collaboration with UNESCO launched “The Guidelines for Media during Elections”, which defines the rules for covering elections.

MPC Chairman Mr. Ohn Kyaing described the guidelines as “one of the most important documents adopted by local media since the start of democratic transition about a decade ago”. He also said the updated guidelines refined the earlier 2015 version and built on MPC’s Media Code of Conduct and Media Ethics, which are compatible with international standards, and should be followed by journalists and media outlets.

The guidelines provide specific provisions on responsible and ethical practices that journalists and media outfits must adhere to. UNESCO Myanmar Office supported the crafting of updated guidelines.

The guidelines cover the following areas: (1) Public Information, (2) Coverage of the Elections, (3) Responsibility for Statements of Political Candidates and Parties, (4) Reporting of Election Results, (5) Standards for Online Content and (6) Use of Social Media by Journalists.

The book was launched with an interview with Election Chief Correspondent of Frontier Myanmar, Ms. Ei Ei Toe Lwin. Secretary Mr. Kyaw Swa Min of the MPC said the guidelines were updated in consultations with journalists as the Interim Press Council did in producing the guidelines in 2015. The consultations were made in Yangon, Mandalay and Taninthayi Regions as well as in Kachin State.

The guidelines contain many new provisions. For example, the same professional standards apply to both online and offline content by media outlets. Journalists are also told to be more circumspect in their use of their social media accounts as their personal views may be attributed to their media outlets.

The MPC also consulted with the Union Election Commission in updating the guidelines, which provided an updated list of political parties and district-level Election Commissions in states and regions with contact information. During the interview, he suggested the Commission to form a team of spokespersons to be able to provide access of information to journalists and media outlets before and during the election.

When asked to mention the most important point in the guidelines, Joint Secretary-1 Mr. Myint Kyaw of the MPC said the “balance, impartiality, fairness and accuracy in election reporting is the most crucial”. This point is related to Rule 1 of Media Code of Conduct published by the MPC.

Media outlets are also required to provide corrections and be responsible for incorrect or defamatory content or that which violates the Media Code of Conduct. Media agencies are also expected to offer political advertising on a fair and non-discriminatory basis to all parties and candidates.  Media outlets are not responsible, however, for published content generated by political parties and candidates unless the outlets endorse the content or know that the content can cause substantial harm.

Other notable provisions cover recognition of the information requirements of voters in conflict areas; prohibition of discrimination in terms of gender, ethnicity, religion, disability or other characteristics; gender sensitivity including protection for women as candidates and voters; and prohibition of any content that constitutes national, racial or religious hatred including incitement to discrimination, hostility or violence.

The guidelines can be downloaded here.