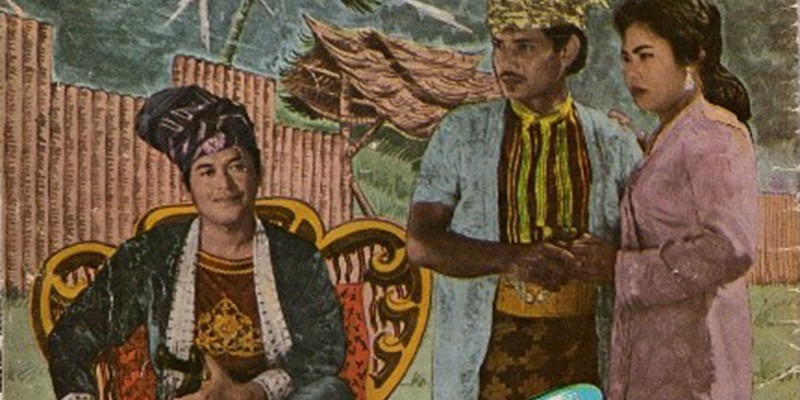 Over the course of the 20th century, Southeast Asian cinema has documented the tumult and triumph of emerging nations in this dynamic region and helped to reflect – and in some cases shape – peoples’ own understanding of their national identities, histories and cultures. It’s a legacy that is as diverse and vibrant as the region itself and one that is at risk of fading from history due to preservation challenges, ranging from the region’s climate to a lack of resources.

With the generous support of the National Library Board, Singapore, UNESCO is partnering the Asian Film Archive (AFA) to preserve and protect this legacy through UNESCO’s Memory of the World (MoW) programme. Southeast Asian audiovisual heritage is currently under-represented on MoW national, regional and international registers, hindering the already challenging work of film archivists and preservationists who could benefit from the increased awareness brought by this global program.

This year-long effort will begin with a workshop aimed at helping in the identification of potential audiovisual heritage for nomination and assistance in the inscription process.

WHO: UNESCO is partnering the AFA to train representatives from Southeast Asian archives.
Karen Chan, Executive Director of the AFA will open the workshop at 9am on 7 June.
Dr Ray Edmondson, one of the leading global authorities on audiovisual heritage preservation and the MoW programme, will be leading the training.

MEDIA: Media interested in attending all or part of the workshop, or in arranging interviews on the workshop and the wider project are invited to contact:

About the Asian Film Archive: The Asian Film Archive was founded in January 2005 as a non-profit organisation to preserve the rich film heritage of Singapore and Asian Cinema, to encourage scholarly research on film, and to promote a wider critical appreciation of this art form.

About UNESCO’s Memory of the World Programme: The MoW Programme was established in 1992 to preserve and promote documentary heritage, including audiovisual heritage, in a manner similar to how UNESCO’s World Heritage List recognizes and support natural and cultural sites of outstanding universal value. The programme’s chief aims are to champion the preservation, accessibility and visibility of the world’s documentary heritage. The International Memory of the World Register was launched in 1997 and followed by several regional and national registers (including the Memory of the World Committee for Asia Pacific, or MOWCAP).

How are items inscribed on MoW registers? The process for inscription follows a two year-cycle; submission of nomination document which is evaluated by a committee before a meeting of the relevant national, regional or international MoW committee, who assess whether the nomination meets the criteria. A certificate of inscription is then given to successful nominators and the item listed electronically in the concerned register. (The Memory of the World Companion offers extensive information on the MoW programme as well as a guide to nominations.)

What are the benefits of inscription?  Inscription on MoW registers can increase awareness of the significance of heritage, providing a strong argument for increased government funding and resources. By raising the profile of listed items, inscription can also bring attention from global, regional and national audiences to this heritage and encouraging research, education and new opportunities for cooperation. In the case of cinema, there is also tremendous potential to advance intercultural understanding and inter-regional cooperation through the sharing of this heritage.

MoW in Southeast Asia? The Cathay-Keris Malay Classics collection, preserved by the AFA, was added to the Asia-Pacific Regional Register in 2014. These historically, culturally and artistically significant films are a minority as much of Southeast Asia’s cinematic heritage has yet to be nominated to any of the MoW registers.