No need for blows in martial arts row 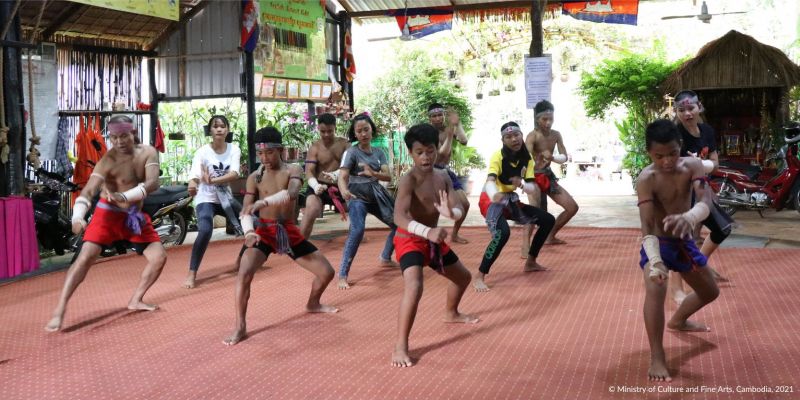 No need for blows in martial arts row

Fact versus Fiction: On the new inscription of Khmer traditional martial arts, or ‘Kun Lbokator’, to UNESCO’s Representative List of the Intangible Cultural Heritage of Humanity

Khmer traditional martial arts, or ‘Kun Lbokator’, was among this year’s 22 new inscriptions to UNESCO’s Representative List of the Intangible Cultural Heritage of Humanity (ICH), as announced at the Seventeenth session of the Intergovernmental Committee for the Safeguarding of the Intangible Cultural Heritage, which was convened from 28 November to 3 December 2022, in Rabat, Morocco. Other 2022 inscriptions to the Representative List include artisanal know-how and culture of baguette bread from France; traditional tea processing techniques and associated social practices in China; the Furyu-odori ritual dances from Japan; and practices of Holy Week in Guatemala.

While this news has been received by the global public with sincere enthusiasm, new inscriptions do not always escape regional controversy. Indeed, cultural practices from closely neighbouring countries can share fascinating, cross-border histories, leading some impassioned observers on one side of the fence to question the historical and contemporary status of another country’s intangible cultural practices.

To judge by much recent Thai social media commentary, such was the case with Cambodia’s successful UNESCO inscription this year of Khmer martial arts, or ‘Kun Lbokator’. Rather than evoking a sense of regional pride and transnational appreciation, the fact that a cultural practice from a neighbouring country had been included this year in UNESCO’s Representative List provoked a maelstrom on Thai social media, much of it accusing Kun Lbokator of imitating Thailand’s Wai Kru ritual, and Yang Sam Khum footwork, as practiced in Muay Thai, and as heroically portrayed in the 2003 Thai hit film, Ong Bak: The Thai Warrior. Some Thai netizens remarked that the UNESCO inscription distorted the truth regarding the antecedence or supposed superiority of one martial art practice over another. Others complained that the inscription represented a deliberate assault by one country on its neighbour, no less while using the international stage as leverage to wage psychological warfare. 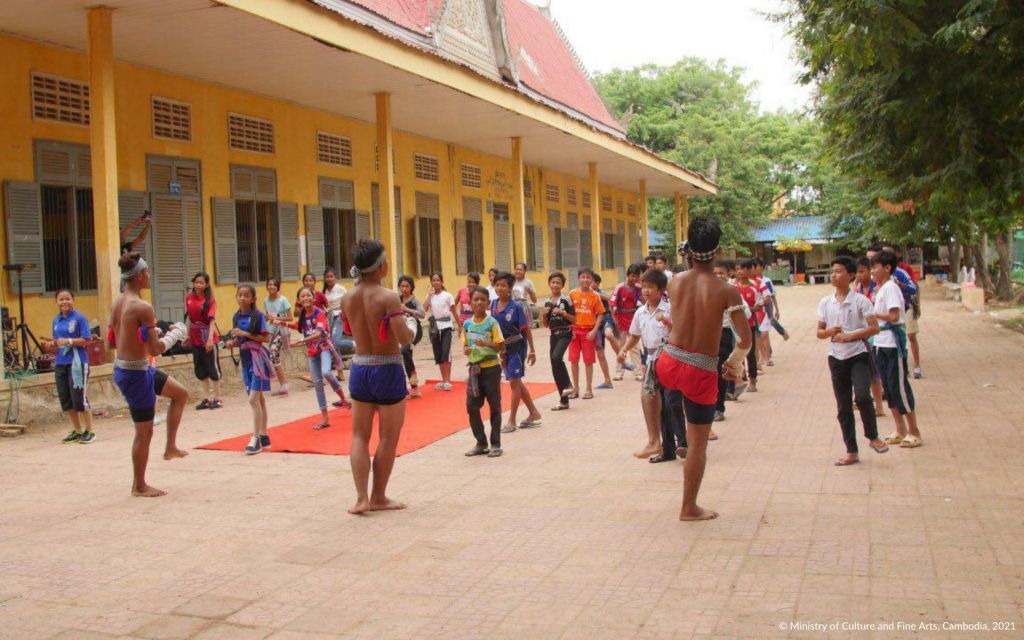 That any aspect of cultural heritage should evoke such passions warrants a measure of appreciation, and in that regard, UNESCO heartily welcomes all public responses. But let us consider the context and the purpose of being included on the UNESCO Representative List of the Intangible Cultural Heritage of Humanity before arriving at such acrimonious conclusions in this particular instance.

Every year, around November to December, UNESCO Headquarters in Paris convenes a session of its Intergovernmental Committee (IGC) to perform its duties according to the 2003 Convention for the Safeguarding of the Intangible Cultural Heritage. The IGC comprises delegates from 24 out of the 175 States Parties that ratified this Convention. Members to the Committee are elected every four years on a rotational basis, such that each State Party can carry out its work according to legal obligations to the 2003 Convention and discuss programmes for the safeguarding of intangible cultural heritage, as well as review various international cooperation initiatives. As a State Party to the Convention, Thailand has adopted its own Promotion and Conservation of Intangible Cultural Heritage Act in 2016.

The public is often most captivated by the Representative List of the Intangible Cultural Heritage of Humanity, commonly mistaken for the UNESCO World Heritage List. The majority of nominations from various countries are directed for possible inclusion on the Representative List, as UNESCO’s aim is to foster appreciation for the lasting importance of each intangible cultural heritage to the local community that inherits it, rather than that community’s benefiting by increased tourism or by boosting the national image for political purposes.

Notably, among the diverse opinions expressed online regarding this particular inscription, there were attempts by many Thai commentators to explain to those who were upset by the achievement that the purpose of the inscription to UNESCO’s list was to enable a nation to share its success story in promoting its cultural heritage, and to foster greater appreciation and interest among other nations in order to ensure the survival of the treasured cultural heritage through increased global recognition. 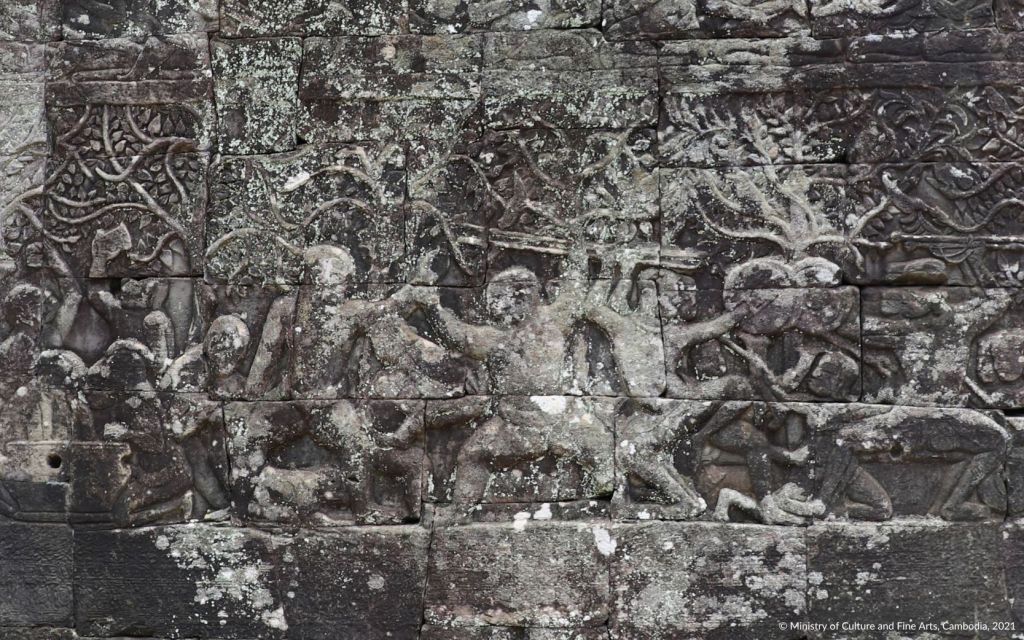 What some people may overlook is the fact that, in the historical timeline, many kinds of cultural heritage came into existence and flourished well before the rise of nation-states in this region, the latter which occurred in relatively recent times. In this regard, the official description of ‘Kun Lbokator’ on the UNESCO website characterizes it as a martial art that shares similarities with Muay Thai and Muay Laos, which is neither unusual nor inaccurate. Such art forms have, after all, been bequeathed to us from ancient kingdoms that intermingled different ethnicities and nurtured cultural exchanges throughout the region for centuries, leading to the many ‘syncretic’ beliefs and practices we observe in contemporary South-East Asia. Is it not possible for us to collectively take pride in how diverse peoples in the land of Suvarnabhumi share close cultural ties that modern-day geo-political borders cannot sever?

It is equally notable that the name of this inscription to UNESCO’s list is ‘Kun Lbokator, traditional martial arts in Cambodia.’ Cambodia opted to use the word ‘in’ rather than ‘of’ in order to convey that this type of traditional martial arts may be practiced by people of any nation, and therefore it may appear within the borders of any nation. The inscription does not deprive people belonging to other nations or communities of the right to identify with, learn, share, or transmit this heritage. Moreover, being added to UNESCO’s Representative List is not equivalent to applying for intellectual property rights (IPR) or ‘geographical indication’ (GI).

If it might make those who are still in a combative mood feel any better, the Department of Cultural Promotion, Thailand Ministry of Culture, intends to nominate ‘Muay Thai’ for inscription to UNESCO’s list in coming years. The crucial step in the nomination process is to demonstrate that the country has a clear plan in place to promote and propagate any nominated inscription extensively, such that everyone will be able to participate in the practice without its being appropriated by or exploited for the benefit of any particular group.

Thailand has already made it to the same UNESCO list multiple times, most recently with ‘Nora’ just last year, as well as ‘Nuad Thai’ (2019) and ‘Khon’ (2018). As for the future, Thailand’s

‘Songkran Festival’ is slated for UNESCO’s review as soon as 2023, along with ‘Mango Sticky Rice’, which Prime Minister Prayut Chan-o-cha urged for inclusion on the UNESCO list after twenty-year-old Thai rapper ‘Milli’ – Danupha Khanatheerakul – created a sensation by eating mango sticky rice during her performance at Coachella 2022 in California. May we all take comfort in that there is little reason for Thais to feel slighted by another people’s achievement!

The examination of 54 nominated elements for inscription to UNESCO Intangible Cultural Heritage Lists in 2022 concluded on 3 December in Rabat, Morocco. Follow all related news at https://ich.unesco.org/en/news/

Nisit Intamano is Asst Prof and Director of the School of Law of Sripatum University, Bangkok. He has more than 20 years of experience as a lawyer and legal advisor. He has also served as an Associate Judge at the Central Intellectual Property and International Trade Court of Thailand. His expertise includes alternate dispute resolution, dispute settlement by arbitration, intellectual property law, international trade and investment law, and contracts and transactional law.

Montakarn Suvanatap Kittipaisalsilp joined UNESCO in 2011 and is currently a programme officer for Culture at UNESCO Bangkok. With education background in linguistics, museology and cultural project development, she is responsible for implementing national and regional capacity-building projects on intangible heritage safeguarding, sustainable heritage management, professionalization of heritage-related careers and prevention of illicit trafficking of cultural properties. Her interest has been on interdisciplinary and participatory approaches to heritage safeguarding and sustainable tourism, with focus on ensuring ethics in working alongside local communities and indigenous peoples.

This article is slightly adapted from one that originally appeared in the Bangkok Post, 19 December 2022: https://www.bangkokpost.com/opinion/opinion/2463530/no-need-for-blows-in-martial-arts-row It was translated and adapted by Chairat Chongvattanakij from the Thai version which originally appeared in Matichon Online, 13 December 2022: https://www.matichon.co.th/entertainment/arts-culture/news_3723687.

Chairat Chongvattanakij is a volunteer for the Public Information and Outreach team of UNESCO Bangkok since November 2022, where he specializes in translation and reporting on various programmes of the Bangkok Office. An accomplished pianist, he holds a Doctor of Musical Arts degree from the University of Toronto, where he also taught music literature.