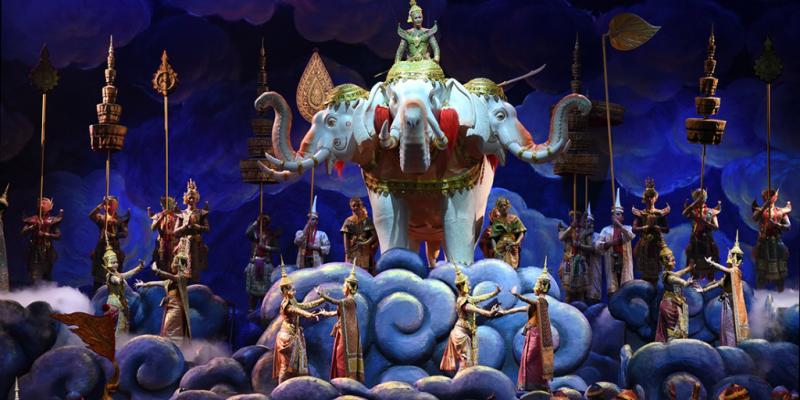 The recent 2018 inscriptions of intangible cultural heritage (ICH) on UNESCO Lists has raised again global awareness in variations of masked dance in South-East Asia, which retell the story of Rama, the god-reincarnated king who defeats the demon king Ravana.

In the last week of November, UNESCO announced the inscription of Thailand's and Cambodia's masked dance known as Khon and Lkhon Khol, which unfortunately drew ire from some people in both countries who are immersed in historical hostility.

Questions have come from many directions, in particular, on why these lists can inscribe similar traditions and which ones deserve better recognition. Indeed, such inquiries have been made within other contexts of heritage protection, which have no relevance to intangible cultural heritage.

Most people are familiar with the concept of World Heritage, which concerns built heritage, from archaeological sites, ancient cities to cultural and natural landscapes. The outstanding universal value of World Heritage properties can be defined by one of 10 criteria, such as being unique evidence of human ingenuity, manifestation of important historical events, last reserve of distinctive biodiversity, etc. The realization of these characteristics comes from scientific and historical backing. Such an analytical process requires comparison between different properties, to demonstrate each site’s importance in its national and international context.

However, these criteria of physical comparison cannot be used to judge the value of intangible heritage, which includes oral traditions, performing arts, traditional artisanship, local wisdom about nature and the universe, different aspects of social practices, festivals, rituals, food cultures, sports, etc. Being immaterial in appearance and living in nature, the value of intangible heritage is defined by communities, groups or individuals who have practised it as part of their tradition, and constantly transmit and recreate its forms and meanings in the ever-changing environment.

UNESCO 2003 Convention for the Safeguarding of the Intangible Cultural Heritage governs the List of ICH in Need of Urgent Safeguarding, the Representative List of ICH of Humanity, and the Register of Good Safeguarding Practices, with ICH inscriptions decided by an intergovernmental committee. What is often overlooked is that the Convention goes beyond the Lists and Register. It highlights the role of communities, groups and individuals concerned as key players in identifying and transmitting ICH vital to their way of life. It requests each country to take actions to ensure that ICH present in its territory is safeguarded, whether they are on the lists, and to respect the widest participation of local stakeholders especially in identifying, inventorying and safeguarding their ICH.

That said, what is the most interesting in the value of masked dance about Ramayana is not how beautiful they are as art forms, or how they are made prize possessions of countries in the nomination process. Instead, they are most interesting as local traditions that are still viable to many different communities across the region, so all of them practise and pass on the skills and passion to the next generation. These masked dance variations have survived until today, thanks to the stewardship of local communities. This safeguarding success is something that state ownership of the culture cannot achieve.

This year, two variations of masked dance for Ramayana were inscribed. The first one is Lkhon Khol Wat Svay Andet, practised at a community near Phnom Penh. The aim of the dance is to appease guardian spirits for protection and prosperity for the community’s people. Transmitted orally within the community for generations, Lkhon Khol Wat Svay Andet has only recently been documented by monks and local youth. Considering surrounding threats to this meaningful tradition, from war to poverty and migration, the community has worked with the government to include it in the List of ICH in Need of Urgent Safeguarding. This will enable international assistance for the Wat Svay Andet community to encourage the initiative to safeguard their Lkhon Khol.

At the same intergovernmental committee meeting, Khon, masked dance drama in Thailand, was inscribed to the Representative List of ICH of Humanity. This List contains the majority of ICH being nominated globally, aiming to increase the awareness of the tradition’s importance and need for safeguarding plan to ensure that it stays viable in communities concerned. For Thailand, this is the first successful nomination since its ratification in 2016. At a country level, this recognition will enable wider public support to Khon practitioners and more sustainable transmission of knowledge and skills.

Indeed, Lkhon Khol Wat Svay Andet is not the first masked dance nomination from Cambodia. In 2008, Cambodia nominated its Royal Ballet to the Representative List. The masked dance portrays the story of Rama through characters existing also in episodes of Khon. After the war, the ballet faced difficulty from the lack of funding and performing spaces, as well as being overtly adjusted for tourism. The nomination at that time aimed to help create awareness about practitioners’ livelihoods under threat from commercialization.

To boot, this year is not the first time that Ramayana masked dances were concurrently nominated. The year 2008 also saw Ramlila, the traditional performance of the Ramayana in India, being nominated alongside Cambodian Royal Ballet. Ramlila recounts episodes of Ramayana through series of performances lasting from 10 days to one month. The tradition is organized by hundreds of villages during the Dussehra season to celebrate the legend of Rama’s return.

There are many other expressions rooted in the Ramayana in South and South-East Asia. India, as the birthplace of Ramayana epic, also in 2010 nominated Chhau masked dance from eastern India that blends Mahabharata and Ramayana epics with local folklore. Cambodia further showed that Ramayana does not have to be portrayed only through masked dance, when it nominated Sbek Thom, Khmer shadow theatre, in 2008.

There are many more variations not yet nominated that, nonetheless, have proven to bear immense value to the practicing communities. Phra Lak Phra Ram in Lao PDR and Hikayat Seri Rama in Malaysia and Southern Thailand, for instance, are oral traditions that have influenced numerous festivals and dances that fuse local cultures and beliefs to the Hindi origin of the story.

Recollecting masked dance and many more throughout the history of UNESCO ICH listing, we can see that the emphasis of these Lists is not to show which one is the best or deserves higher recognition. The Lists welcome nominations of similar traditions and encourage the country to prepare joint nomination proves their function as cultural maps rather than ranking lists. In this case, they map how masked dance for Ramayana, as a collective art form by diverse groups of people sharing beliefs and appreciation, can extensively represent the great diversity of the intangible heritage of the humanity.