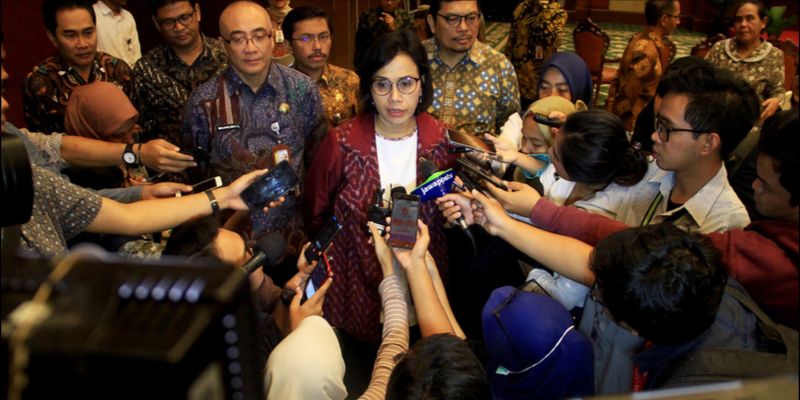 While the media environment in each country is unique, there are many lessons about safeguarding press freedom that journalists from Myanmar and Indonesia can share – including self-regulation in lieu of government control. This was the consensus agreed by members of the Myanmar Press Council (MPC) and Indonesian Press Council (IPC), or Dewan Pers,at their initial virtual meeting convened by UNESCO Myanmar Office on 18 November 2020.

Both councils are leading multi-partner initiatives to strengthen freedom of the press through self-regulation rather than government authority and control. Both have also crafted codes of ethics and are working for higher standards of media professionalism.

During the discussion, IPC members explained lessons about enforcing codes of ethics and conduct, mechanisms for addressing complaints against journalists, working with national police and initiatives to amend media laws.

For their part, MPC members elaborated their experiences in participating in drafting the media law, the Media Code of Conduct and Media Ethics, and the recently issued Guidelines for Media during Elections. The MPC is relatively young, having been created in 2014 by virtue of Articles 12 to 24 of the News Media Law. In contrast, Indonesia’s first council was created in 1968, while the existing council was created under Law Number 40 of 1999 (Press Law).

Dewan Pers’self-regulatory codes are being enforced by journalist associations and media houses themselves. “There is a sense of ownership towards these codes,” IPC official Dr. Agus Sudibyo said during the meeting. In Myanmar, the Code of Conduct for journalists has been integrated in the Media Law. The MPC “reminds” local journalists of the Code of Conduct and other guidelines prepared by the council, said MPC Joint Secretary Mr. Myint Kyaw.

MPC officials expressed interest in the Commission for Public Complaint established bytheIPC, which resolves public complaints against journalists for possible violations of professional practice and ethics. This body is composed of senior journalists, media researchers, representative of media NGOs and others. During elections, a similar body, the Special Dispute Settlement for Election, is created to resolve complaints in one or two days. Issues presented to the Dewan Pers are resolved through mediation, a process MPC officials wanted to study further if it could be applied in Myanmar.

The 2012 Memorandum of Understanding (MoU) between Dewan Persandthe State Police of the Republic of Indonesia also generated animated discussion. Under this agreement, Dewan Pers is given an opportunity to first resolve complaints against journalists and avoid bringing cases to the police and the courts. The council resolves cases using its own journalistic codes, unlike disputes submitted to the police where cases are adjudicated using the criminal code and information technology law, among others.

When cases are referred outside the council, there is “tendency of criminalization”, one Indonesian member said. Another added that Indonesian police officers were open to cooperation and dialogue because they saw this as part of creating a “reformist image”.

An area of contrast between the two countries is the status of women journalists. While women journalists in Indonesia occupy managerial posts, this is not the case in Myanmar, Ms. Thin Thin Thar, an MPC member and a leader of its Journalistic Ethic Committee, said. A women’s journalism association has been organized that lobbies for their rights, with one common complaint among women journalists in both countries being persistent discrimination and stereotyping of gender roles.

Both councils have guidelines for media during elections, including the recent 8 November 2020 general election in Myanmar and the regional election in Indonesia set for 9 December. MPC member and chief editor of The Voice Journal, Mr. Kyaw Min Swe, said there had been more enthusiasm from the mainstream news media during the 2015 general election than in the recent election, perhaps because of constraints of the COVID-19 pandemic, and the need for clearer rules from the Union Election Commission. In Indonesia, big broadcasting companies’ support for political candidates undermined their fairness and independence, a council member said.

Immediate follow-up activities agreed upon by both parties included providing details on how the public complaint settlement mechanism works, training on mediation as an alternative dispute mechanism, and the possibility of Myanmar police officers and journalists meeting their Indonesian counterparts in a quadripartite forum, Ms. Naing Naing Aye, UNESCO National Officer for Media Development, said.

In the next virtual meeting, members from both councils would talk about promoting the safety and protection of journalists and improving the financial viability of media agencies amid the COVID-19 pandemic, UNESCO Media Development Specialist Mr. Ramon R. Tuazon said.

The roads to greater freedoms in both countries face challenges. But journalists from both sides were confident that support from colleagues, especially from neighbouring ASEAN countries, could inspire them to overcome the odds. The dialogue would not only lead to mutual trust and respect among journalists but, more importantly, understanding between peoples, Dewan Pers Chairman Mr. Mohammad Nuh said.