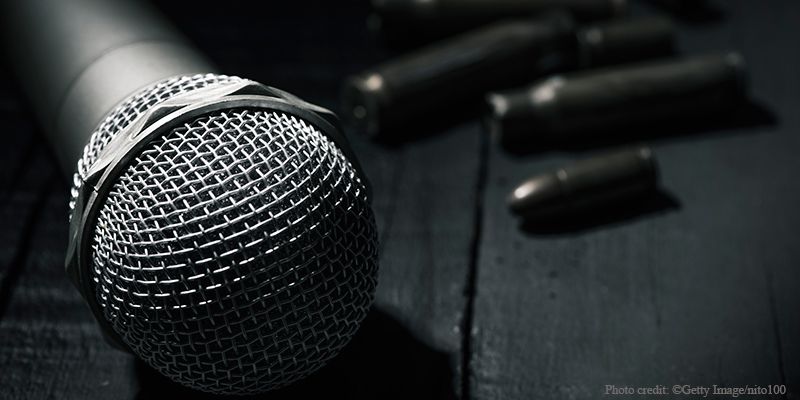 Just days before World Press Freedom Day on 3 May, journalists marked the tragic one-year anniversary of dual suicide bombings in Kabul that killed nine of their colleagues. Separate attacks in Khost and Kandahar at about the same time murdered another two journalists, as well as dozens of other civilians. In addition to the mourning, the media community also conveyed an enduring respect for these journalists who had risked their lives on a daily basis to report the news.

The Afghan attacks were among the most deadly for journalists last year, but 2018 generally was a grim year for independent media. The UNESCO Observatory recorded the killing of 99 journalists worldwide, many of whom were targeted specifically to stifle their free and independent reporting, including the murder of Saudi journalist and Washington Post columnist Jamal Khashoggi, who was killed in Istanbul last October.

The journalists who have lost their lives in the course of their work have paid the highest price. They have also reminded us of the incomparable value of that work, in part precisely because there are those who will resort to murder to stifle their voices. In every area of our lives, we rely on journalists to enable accountability, to safeguard our societies and to simply to keep us informed.

With the theme of “media for democracy: journalism and elections in times of disinformation”, the main 26th commemoration of World Press Freedom Day will take place at the African Union Headquarters in Addis Ababa, organized by UNESCO, the African Union Commission and the Government of the Federal Democratic Republic of Ethiopia. About 100 complementary events will be held across the world, including in the Asia-Pacific, while the “Defend Journalism” campaign is taking place, bringing together news outlets from across the world in social media and editorial coverage.

“At a time of growing discourse of mistrust and delegitimization of the press and journalism, it is essential that we guarantee freedom of opinion through the free exchange of ideas and information based on factual truths,” UNESCO Director-General Audrey Azoulay said to mark World Press Freedom Day. “Impunity  for  crimes  committed  against  journalists  is  a  threat  that  affects  all  our  societies. This threat requires us to be constantly vigilant. We must act together to protect the freedom of expression and safety of journalists.”

The heavy toll of murders are not the extent of threats meant to stifle press freedom. UN Secretary-General António Guterres pointed out that in addition to the nearly 100 journalists killed, hundreds more have been imprisoned. In just some high-profile examples in South-East Asia, the two Reuters journalists Wa Lone and Kyaw Soe Oo are serving seven-year prison sentences since December 2017 having reported on alleged human rights violations in Myanmar’s state of Rakhine, coverage which has since won the Pulitzer Prize as well as the UNESCO/Guillermo Cano Press Freedom Prize this year. In the Philippines, Rappler CEO and executive editor Maria Ressa continues to fight legal charges, leading to a robust defence of media freedom under the banner of “hold the line”.

Across the region, the official threat of imprisonment is augmented by draconian libel laws, use of strategic lawsuits against media outlets and other widespread restrictions on freedom of expression, which have targeted activists and journalists alike. With shrinking public spaces for civil and political participation, and the proliferation of nationalistic narratives leading to xenophobia and violence, the protection of independent and ethical journalism as a fundamental safeguard of societies is more essential than ever.

This year’s theme focusing on disinformation also takes into account the changing media landscape in the digital age. So-called “fake news” – or, more commonly termed, lies and propaganda – has corrupted electoral systems, disseminated fear and promoted violence on a massive scale. The response in many South-East Asian countries has been the introduction of restrictive cyber laws, rationalized as curbing misinformation, but in most cases imposing potentially arbitrary punishments for a wide range of expression. The solution to “fake news”, of course, is not repression, but the strengthening of professional standards and ethical news institutions.

“A free press is essential for peace, justice, sustainable development and human rights,” UN Secretary-General António Guterres said on the occasion of World Press Freedom Day. “No democracy is complete without access to transparent and reliable information. It is the cornerstone for building fair and impartial institutions, holding leaders accountable and speaking truth to power”, a vision which his highlighted in the UN Sustainable Development Agenda 2030.

World Press Freedom Day, celebrated every 3 May, is UNESCO’s flagship programme to draw attention to freedom of expression and press freedom as fundamental human rights for all. The annual date was proclaimed by the UN General Assembly in 1993 following a Recommendation adopted by UNESCO’s General Conference in 1991. The origins of the Day lie in the Windhoek Declaration signed by a group of African journalists who gathered at a UNESCO seminar for “Promoting an Independent and Pluralistic African Media” in Windhoek, Namibia in May 1991.