A 'Heavenly Home' for orphaned children 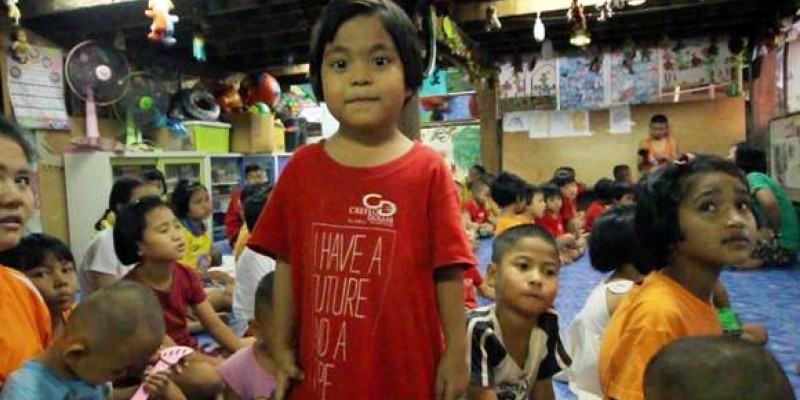 A 'Heavenly Home' for orphaned children

When Lily tells the story of her Heavenly Home orphanage at the Thai-Myanmar border, she doesn’t focus much on the institutional milestones – how the shelter began in a small space in the city’s market area or the increasing recognition from and support of local authorities, for example. Instead she focuses on the stories that surround her, those of the more than 70 children who call the orphanage home.

Lily, now 47, describes how in the center’s earliest days more than a decade ago, she was contacted by staff at the Mae Tao Clinic, which, like Heavenly Home is based in the Thai border town of Mae Sot and dedicated to aiding Myanmar migrants and refugees.

Clinic staff asked Lily if she could look after a six-month old baby, whose mother had left and whose father had passed away from an AIDs-related illness. Lily agreed – a close friend at the centre says that she has never refused a child – and the baby was brought to her then fledgling orphanage.

Lily tells this story before introducing Sam*, a healthy looking, tall for his age 11-year-old with a big smile and a ready wai (Thai greeting), the same boy abandoned at Mae Tao Clinic all those years ago.

Stories such as Sam’s were what first drew Lily to Mae Sot initially. In 2004, she was operating a small kindergarten across the border in Myawaddy, while her husband Thant Zin was working in Mae Sot. He began telling his wife about the children of Myanmar migrants and refugees in the area, the type of stories with which she would become intimately familiar over the years – sad tales of youngsters who, due to death or abandonment, with alcohol abuse a common theme, were left without homes and seemingly without much hope. Many scavenged in rubbish piles just to survive.

“He said, ‘There are so many children here in Mae Sot who have nobody to take care of them. It’s so sad. You should come here,” Lily says.

And so she did, quickly setting to work on opening a shelter for migrant and refugee children, first in Mae Sot’s central market area and later expanding in 2007 to the current two-storey barebones wooden building on the outskirts of the city. 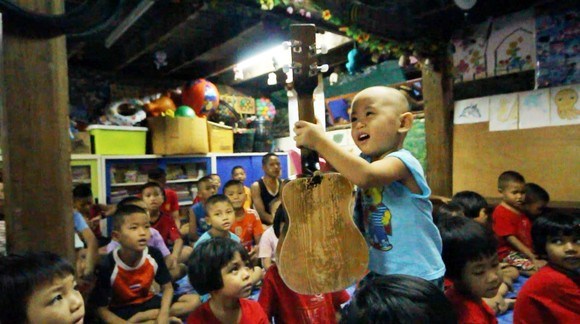 Heavenly Home now houses 73 children full-time, 65 of whom are in school – 45 go to a local Thai school, while 20 go to a Myanmar learning center. The rest are too young to attend school and are cared for during the day by Lily, Thant Zin, and 11 of her dedicated staff. (Lily also offers daycare services for the children of migrant workers living in the area.) Heavenly Home registered with the Thai government as a migrant learning center which allows many of its students to obtain 13-digit identification cards that they can use to access schooling in Thailand. 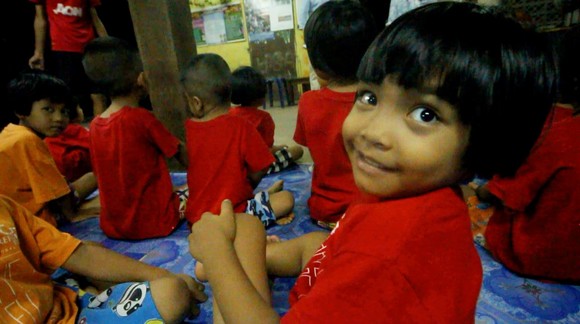 Lily lights up when talking about her students and how far they have come – about Ann, for example, who arrived at the age of three with her one-year-old brother, Ben. Their mother had passed away and their father had a drinking problem and couldn’t care for them. Now Ann is a star pupil, and excited to start grade 7 at Mae Sot School.

With the pride, there has also been heartbreak, such as the girl who had contracted HIV in utero and had fallen ill before arriving at Heavenly Home at the age of 10 and passed away three years later. For Lily, who has no biological children of her own – “I have more than 70 children, not just one,” she says, laughing – the memory is a painful one. Then there are the practical concerns of running an orphanage with more than 70 children to feed and medical bills to pay for those with health problems.

Thai Children’s Trust and Project Love for Singapore are providing funding for now, but the overall trend is seeing donor money go from border areas such as Mae Sot into rural areas in Myanmar that were previously inaccessible.

Lily’s pleasant, smiling demeanor doesn’t change when such matters are raised. “I will work until I can’t walk,” she says.

As for her children, all of them gather for an evening singalong. One of the older boys leads the group on an acoustic guitar, while Lily looks on with a smile. Their joyful singing, bright eyes, and energy communicate the same message as the one on their T-shirts, “I have a future and a hope.”

* All names of young people mentioned in this story have been changed.