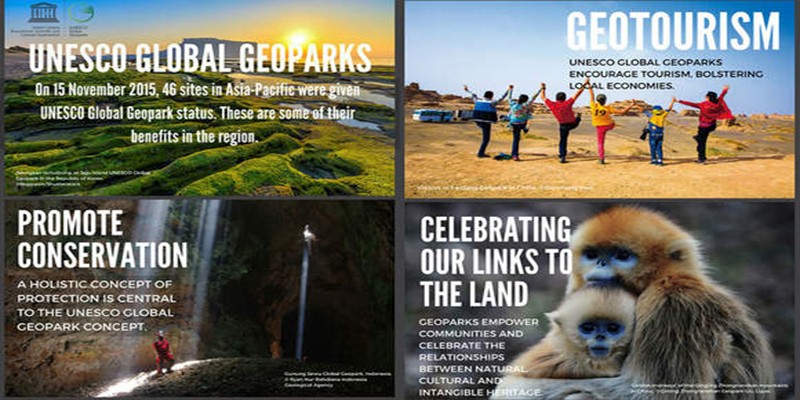 Indonesian geologist Visky Afrida Pungkisari grew up on Java Island, a short drive from Gunungkidul district, now part of the Gunungsewu UNESCO Global Geopark. Now 32 and working as a geologist with Indonesia’s Center of Groundwater and Environmental Geology, she remembers Gunungkidul being vastly different than the popular and internationally celebrated area of today.

“The area was known for being very hot and barren and frequently hit by drought,” Visky says, adding that education and income levels were so low in the district that it was known among more affluent families as a place to find domestic help. There was little to connect the area’s natural heritage to the livelihoods of people in the community.

Gunungsewu Geopark covers 1,800 sq km and stretches over three districts in three provinces in the south central portion of Java Island. The geopark, including Gunungkidul, is well known for its stunning tropical karst landscapes and became one of 46 sites in Asia-Pacific to be designated as UNESCO Global Geoparks in November of last year. The landscapes are an inspiration to a geologist like Visky, but until recent years the area has been far off the government’s radar when it came to development.

“When I was little, there were two beach resorts that were already well known in this area, Baron and Sundak,” she recalls. “But there was far less attention paid to them by the government then and there was not the tourist infrastructure in place that there is now.”

In 2000, that began to slowly change when Gunungsewu was recognized for its karst landscape in a presidential decree calling for its protection and conservation. Visky says that it wasn’t until 2009, however, that a group of students from nearby Gadjah Mada University saw the potential to link the area’s natural beauty to a tourism business to benefit locals.

The students promoted “cave tubing” in Gunungkidul district’s Kalisuci cave, in which tourists explore some 500m inside the cave system while afloat on an innertube. Given the varying water depths inside the cave, this offers the most comfortable – not to mention fun – way of exploring the natural site.

“Under the initial direction of the university students and eventually taken over by locals, cave-tubing developed very rapidly and this area and Kalisuci become the only site offering this in Indonesia,” she says.

That development happened the same year that Gunungsewu was declared a National Geopark by the Indonesian government, which was followed by the more recent UNESCO declaration. 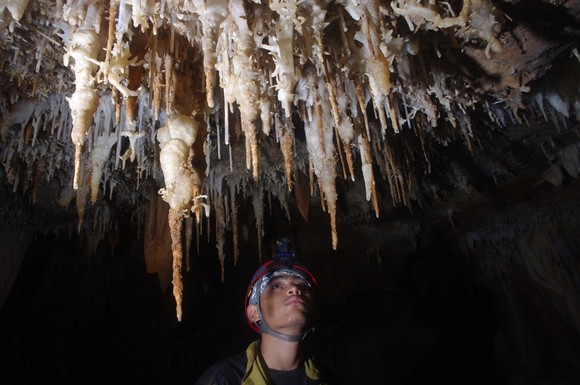 Gunungkidul is no longer the “hot, barren” place of limited opportunities that Visky remembers from her youth.

The area’s infrastructure has improved significantly, she says, with adequate roads and facilities to accommodate visitors as well as an improved electrical supply and access to clean water.

The local economy has likewise benefited. “Locals are moving into newer housing; their shops and trade centers are crowded, especially with agents selling different tour packages for the area,” Visky says. “Investors are developing hotels, restaurants are opening and locals are selling merchandise related to the geopark. All of this increases local revenues.”

The geopark concept is about more than boosting local revenues through tourism, Visky says. Growing up so close to such a striking geological landscape meant that she had long appreciated the geological value of the area, but it wasn’t until she advanced in her professional life that she fully understood and embraced the geopark concept.

She recently led geoconservation research on Muna island, in Southeast Sulawesi, for example, which helped deepen her appreciation of the geopark concept and what it means in terms of the preservation of both natural and human heritage as well as the transformation of local lives and livelihoods. 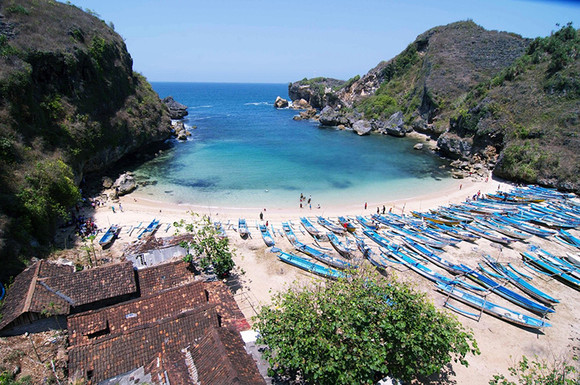 “The communities grow with the geoparks. They are not just protected areas – both the land and the people benefit as community awareness of the importance of environmental protection increases,” she says.

To Visky, the geopark concept embodies the special relationship between the land, with its millions of years of geological history, and the people. It’s a bond that she hopes grows in other places in Indonesia through future geoparks.

“I became very interested in geoparks, because I thought of how beautiful it would be for cultural and natural heritage to develop together in a geopark, with community members having a personal stake in preventing the destruction of our environment,” Visky says.