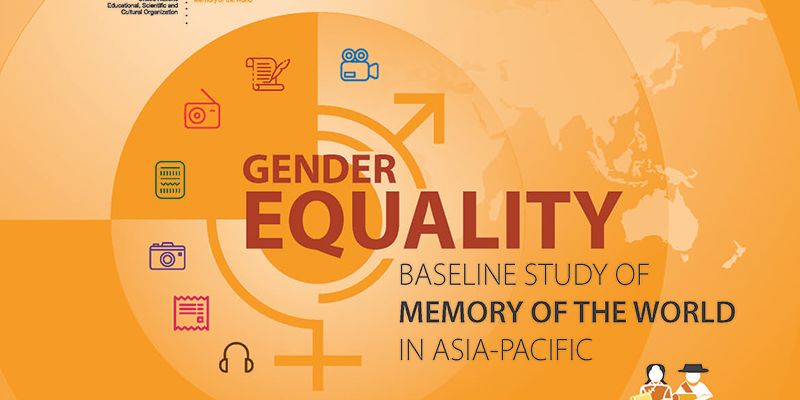 UNESCO’s Memory of the World (MoW) programme was established with the objectives of facilitating preservation, enhancing universal access, and increasing awareness worldwide of the existence and significance of the world’s documentary heritage. With a particular focus on UNESCO’s gender equality priority and Asia and the Pacific region, this study:

(i) Reviewed the 109 MoW inscriptions from Asia and the Pacific on the international register and 56 inscriptions on the regional Asia-Pacific register with a gender lens;

(ii) Applied to each selected inscription the UNESCO’s Gender Equality Marker (GEM) adapted to the particular context of the MoW inscriptions;

(iii) Assessed the degree of gender sensitivity of the inscribed documentary heritage based on the adapted GEM, and reported the key results and recommendations.

UNESCO encourages all those intending to nominate documentary heritage to a MoW register to read this publication and act on its findings and recommendations, to record the significant roles that women have played in the world’s history.