Five women set the STEM example: Fellowships to motivate next generation of researchers 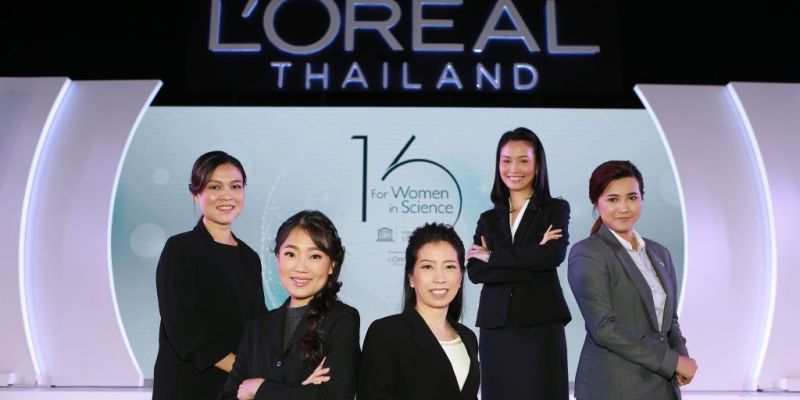 Five women set the STEM example: Fellowships to motivate next generation of researchers

One of the biggest problems facing modern science is gender inequality. It is a well-established fact that women are severely underrepresented in STEM (science, technology, engineering and maths) subjects, with the imbalance even greater in the ‘hard’ sciences such as computer science, physics and mathematics. The reason, however, is less clear. At the secondary education level, many girls perform as well as or out-perform boys, yet only a small proportion choose to continue studying these subjects at university.

This phenomenon is not universal. Throughout the world, the gender ratio of students in key STEM subjects varies. Thailand is a particularly bright spot, with enrolment in tertiary education not showing a gender gap and women comprising 53% of researchers. However, the gender imbalance persists even in Thailand, as the proportion of women with seniority in science decreases dramatically from near parity to below 20%.

Clearly, something needs to be done to encourage early career female researchers to continue in their respective fields. On 5 October 2018, the L’Oreal-UNESCO for Women in Science Awards celebrated women’s STEM achievements with five 250,000-baht fellowships for outstanding female researchers. The fundamental human rights aspect of gender equality speaks for itself. The scientific contributions of the selected researchers, however, is eloquent testimony to how women’s contributions strengthen the STEM disciplines from within.

Three fellowships were awarded for work in the life sciences – two of which literally concern matters of life and death. Assistant Professor Varisa Pongrakhananon’s work on lung cancer suggested that CAMSAP proteins could be a potential target for novel anti-cancer drugs because of their altered activity within affected cells.

Addressing chronic shortages in donor blood supply at hospitals, Dr Chanchao Lorthongpanich’s work titled ‘Enhancing platelet production from Hematopoietic Stem Cells for thrombocytopenia treatment’ has enabled greatly increased quantities of platelets to be produced from a given number of stem cells. These donor-independent platelets can be stockpiled or mass produced in the event of a disease outbreak.

In the physical sciences, Dr Chularat Wattanakit was recognized for developing a method that greatly reduces the synthesis costs of previously expensive chemicals. This was achieved by discriminating against enantionmers (mirror images of the desired chemical) within the reaction, enabling a high reaction yield of the required form.

These women have already excelled in their respective fields, but the financial support and career-enhancing exposure provided by the fellowships is intended to help women in science generally to surmount the pitfalls of early career research. At the event, Dr Benno Boer, Natural Sciences Programme Specialist for UNESCO Bangkok, emphasized the chronic gender disparity seen across the sciences – and the need for continuing projects to bridge the gender gap in the upper branches of academia year on year.

L’Oreal has a longstanding commitment to furthering woman in science, over the past 20 years awarding research fellowships, funding PhD and post-doctoral research positions, and hosting the annual flagship L’Oréal-UNESCO for Women in Science Awards. Between 2012 and 2018, the fellowships have provided funding to more than 3,000 female researchers between the ages of 25 and 40.