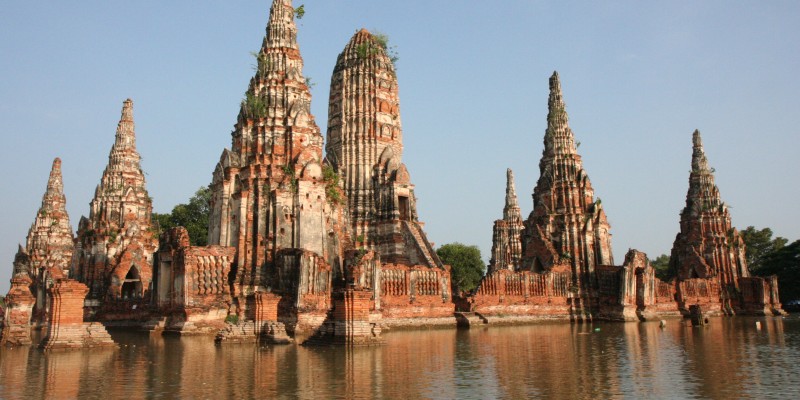 Founded in c. 1350, Ayutthaya became thye second Siamese capital after Sukhothai. Ayutthaya was inscribed on the World Heritage List in 1991 under World Heritage criterion (iii) bearing a unique or at least exceptional testimony to a cultural tradition or to a civilization which is living or which has disappeared.

Despite its global-level significance, the vulnerability of the site became tragically clear during the disastrous floods of 2011. The site suffered from floodwaters up to two meters high that inundated the archaeological sites and the modern city for up to four weeks long.

In response to the crisis, experts mobilized by UNESCO in 2011 recommended undertaking a flood risk study and a flood risk mitigation plan to address issues specific to Ayutthaya World Heritage site.

The new project aims to undertake a flood risk study which will inform the development of a disaster risk mitigation plan for Ayutthaya. This work will complement other flood-related activities that the Royal Thai Government is currently undertaking, for example, the JICA-supported study of the Chao Phraya River Basin, and the plans of the Fine Arts Department to develop disaster risk reduction plans for cultural heritage sites in Thailand.

The initiative will implement the strategy of the World Heritage Committee for reducing disaster risks at World Heritage sites. The Ayutthaya World Heritage flood risk mitigation plan will become one of the first of its kind not only in the region but also globally.