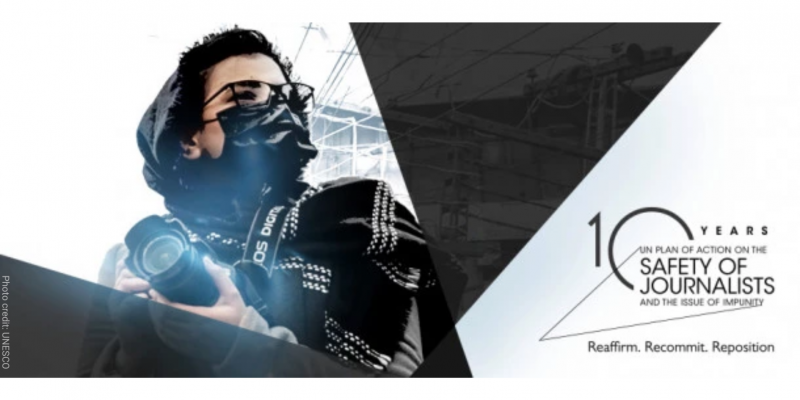 A broad group of stakeholders committed to the implementation of the UN Plan of Action on the Safety of Journalists and the Issue of Impunity has specifically stressed the need to adopt an intersectional perspective, looking at how different aspects of identity, including gender, affect the safety and protection of journalists.

This was one of the main conclusions of consultations held in Bangkok, Thailand on 3 October, organized by UNESCO and the Association for Progressive Communications (APC)

The participants, comprising journalists, union representatives, researchers, civil society organizations and representatives of Member States, acknowledged that while the UN Plan calls for a gender-sensitive approach in the safety of journalists, societal understanding and knowledge about the different ways that gender impacts journalists’ safety has evolved in the past ten years. This highlights the need for a renewed and amplified commitment to combat gender-based violence.

The event was opened jointly by UNESCO and APC and included a contribution by the Special Rapporteur on Freedom of Opinion and Expression, Irene Khan, who highlighted the threat to freedom of expression posed by gendered violence.

The consultation participants formulated concrete recommendations based upon a mapping exercise looking at the impact and potential responses in the three thematic areas: “Online gender-based violence against journalists”, “Violence during coverages” and “Harassment in the workplace”.