Comprehensive Sexuality Education: the great ‘equalizer’ in the global and Asia-Pacific AIDS response for young people 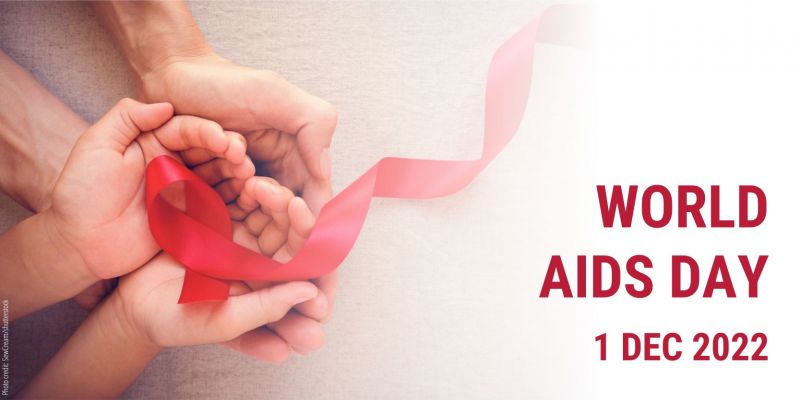 Comprehensive Sexuality Education: the great ‘equalizer’ in the global and Asia-Pacific AIDS response for young people

On World AIDS Day 2022, a reflection on how education remains a fundamental tool for addressing the continuing challenge of AIDS in all its dimensions

Sexuality is a fundamental part of human life. Every young person will have to make decisions that impact their sexual and reproductive health and well-being; however, many youth worldwide lack the comprehensive knowledge, supportive attitudes and essential life-skills needed for making such potentially life-changing decisions safely and responsibly. In the Asia-Pacific region, for instance, current UNAIDS data show that less than a third of young people – i.e. persons under 25 years old – have comprehensive knowledge of human immunodeficiency virus, better known as HIV, which is a serious precondition for potentially developing acquired immune deficiency syndrome, or AIDS. In some Asia-Pacific countries, such as Afghanistan, Pakistan and Samoa, fewer than 1 in 10 young people have comprehensive HIV knowledge, and in the majority of regional countries, girls on average have poorer knowledge than boys. Young people living in rural areas, from the poorest households, and with no or only primary-level education have the lowest level of knowledge.

What should be of concern to governments in Asia-Pacific and all stakeholders in the well-being of Asia-Pacific youth is that the face of the AIDS epidemic in several contexts disproportionately reflects youthful populations. A 2022 UNAIDS review of the region finds that in 2020, young people accounted for 26 per cent of new HIV infections in Asia and the Pacific. More alarmingly, in some regional countries, over 45 per cent of new infections were among young people.

HIV and AIDS thus remain a reality for many young people in Asia and the Pacific, and as such, they also remain an issue in which education and learning play a critical role. In particular, comprehensive sexuality education (CSE) is already an essential part of the global AIDS response, not only for young people in helping them to better protect themselves from contracting HIV, but also to tackle social stigma and discrimination towards people already affected by, and living with HIV on a daily basis. There is no question that high-quality, school-based CSE improves knowledge among youth, helps young people to acquire pro-social values and attitudes, such as respect for human rights, gender equality and diversity, and skills and behaviours that help build secure, healthy, and positive social relationships and communities.

Most sexuality education in Asia and the Pacific puts strong emphasis on HIV prevention, but the needs of adolescents and young people already living with HIV are often marginalised, which can lead to potential violence, stigma and discrimination. In the Asia-Pacific region, the vast majority of young people who are living with or are affected by HIV already belong to societal groups that are commonly stigmatized, criminalized or marginalized on the basis of their gender-identity, or sexual or social behaviour, among them gay men and other men who have sex with men, transgender people, sex workers, people who inject drugs, and people in prison. The rate of HIV infection is considerably higher among young men who have sex with men and transgender young people than it is, overall, for 15 to 24 year olds. Many of these young people are in education and learning settings, and who need solidarity and greater support. To create an inclusive and safe learning environment for everyone, it is critically important that we sensitize school managers, teachers, staff, students, parents and other relevant individuals towards respecting every learner's rights.

In a 2019 United Nations Population Fund (UNFPA) online youth survey – it was completed by 1,432 people aged between 15 and 24 years in 27 countries in the Asia-Pacific region – only 28 per cent of participants expressed feeling that their schools taught them ‘somewhat well’ or ‘very well’ about CSE. In fact, a higher percentage of young people completing the survey expressed preferring to learn about sexuality from their peers (56 per cent) or via the internet (55 per cent).

In response to this demand for more direct and independently accessible CSE, UNESCO Bangkok, in partnership with UNFPA Asia-Pacific Regional Office and the global organization Advocates for Youth, has adapted a suite of nine animated videos, at AMAZE.org, for use by educators and learners in the South-East Asian countries, Lao PDR, Thailand and Viet Nam. The videos aims to provide age-appropriate, scientifically accurate, realistic, and non-judgmental information about CSE, which is delivered in a fun, engaging, and often humorous manner. The nine videos comprising the suite and the nature of their adaptations were informed by consultations with local CSE teachers and facilitators, as well as youth and civil society sexual and reproductive health advocates. In addition to animation adaptations, the videos have been subtitled in Thai, Lao and Vietnamese languages, and their use will be further supported by companion lesson plans. Teachers are guided to incorporate the videos in diverse ways to support CSE in their classrooms, such as using the materials during class or as part of homework assignments. In addition to the videos, lesson plans and discussion guides are provided with the intent that they give rise to further constructive discussions among young learners.

If we are to ensure that young people have the information they need to prevent HIV infection, high-quality, gender-responsive, and age-appropriate CSE must be implemented both inside and outside the classroom. In this interest, and in tandem with producing the nine newly adapted videos, UNESCO, UNFPA and Advocates for Youth have partnered with young content creators and platform managers of the Digital Sexuality Education network, to develop facilitator guides for an earlier batch of 6 videos that were adapted for the Asia-Pacific region, along with new approaches for engaging with the AMAZE video content via social media channels. Young people can now engage with the video content through facilitated discussions or simply as ‘edutainment’ material, thereby increasing their knowledge and understanding of CSE topics, including HIV/AIDS, with simple and comprehensive video content.

Every year on 1 December, or World AIDS Day, UNESCO stands with fellow cosponsors of the joint UN team on AIDS (UNAIDS) to recall pledges and to recommit to the unfinished business of AIDS. For World AIDS Day 2022, as we rally to the call to action to ‘Equalize’, let us address inequalities that prevent too many young people from having equitable access to quality CSE that truly meets their needs and includes their lived realities.

YuJeong Hwang is currently an intern at the UNESCO Bangkok Office. She completed an MSc in Political Economy of Development at SOAS University of London; and a BE in Economics and a BA in English Education from Ewha W. University, Republic of Korea. Her research interests include gender economics, education and economic development, and economic policies during crises, with a focus on Asia and the Pacific.