A common HE platform to tackle global challenges and SDGs 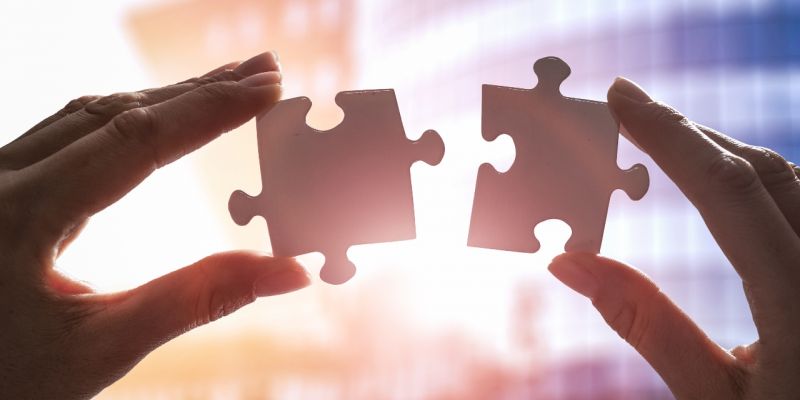 A common HE platform to tackle global challenges and SDGs

Higher education organisations in Southeast Asia have come together to build a common platform to better respond to global challenges such as the pandemic, food and energy security, climate change and the Sustainable Development Goals (SDGs) in advance of the UNESCO World Higher Education Conference this month.

A series of regional conferences or ‘policy dialogues’ to work towards a common higher education space has been held during the past two years by the various organisations in the region.

These include the ASEAN (Association of Southeast Asian Nations) Secretariat, the Southeast Asian Ministers of Education Organisation Regional Centre for Higher Education and Development (SEAMEO RIHED), the ASEAN University Network and other organisations such as the British Council, the German Academic Exchange Service (DAAD), European Association for Quality Assurance in Higher Education (ENQA) and the Netherlands agency Nuffic.

A regional HE identity

European Union Support to Higher Education in the ASEAN Region (EU SHARE) has acted as a catalyst for these conversations to arrive at a common understanding of how higher education contributes to the SDGs “by developing a regional identity of higher education that isn’t just transplanted, but of the region and for the region,” said SHARE team leader Darren McDermott.

“What we saw in the SHARE policy dialogue in March was probably the most inclusive gathering of regional higher education stakeholders from Southeast Asia, coming together to engage on how they can work better together, or more cohesively on tackling the SDGs,” said McDermott, referring to the 29-31 March meeting held in Bangkok, Thailand.

The organisations are in the process of jointly drawing up a roadmap and an implementation plan “grounded in the idea that the regional entities need to be working together cohesively and not duplicating their efforts, and being consistent in the way they interact with other members of the higher education community, but also society at large, civil society, the private sector, public sector, and others”.

Their coordinated key messages covering different sectors and including the youth and student voice will be taken forward to the UNESCO World Higher Education Conference to take place in Barcelona, Spain, from 18-20 May. This will be the region’s opportunity to feed into a common global roadmap on higher education and the SDGs, and adapt good practices from other regions, he said.

The limitations of politics

Romyen Kosaikanont, centre director of SEAMEO RIHED in Bangkok, told University World News the most recent policy dialogue in March “was the first time the higher education intergovernmental organisations in the region were coming together to look into SDGs and how we could achieve them, looking at what has been done and how it can be improved”.

“Political attempts to try to fix the problems are not always successful. So having higher education as a platform is important because we are generating knowledge and we are coming up with innovations and solutions,” Kosaikanont explained.

“SDGs are something that you cannot do alone,” Kosaikanont said, noting that particular universities or particular countries have their own contribution to make “but most of the issues are interconnected – interconnected with the 17 SDGs, plus interconnected in terms of geographical areas as well, so some of the issues do not respect borders, like the environmental issues and international rivers management. So it needs collaboration and partnership.”

“We need more integrated partnerships to develop the region’s own collective intelligence to contribute to the region’s goals and international SDGs,” she noted.

Because the SDGs go beyond socio-economic outcomes, they require an expanded role for universities and their partnerships. “Universities have to play a role in achieving the SDGs – they have to become an SDG organisation,” Kosaikanont said.

To deliver that, universities must also consider gender equality, diversity and inclusion issues, and provide programmes for students so that they can become socially responsible consumers and also producers. “They need to be mainstreaming this into their vision and what they are doing,” she said.

“No individual or individual institution can achieve the Sustainable Development Goals. The only way for us to achieve the Sustainable Development Goals and enhance the contribution of higher education is through partnerships, not only in the ASEAN region but also in other regions,” Roger Chao, head of the education, youth and sports division of the ASEAN Secretariat in Bangkok, said during the March policy dialogue.

Equally, universities that do not normally make policy or engage with policy-makers need to be brought closer to the policy process to contribute to the SDGs.

“What I see as the most distinguished strength of this dialogue is that it has brought together a variety of stakeholders in higher education which is the most important thing in what we call the policy design,” said Choltis Dhirathiti, executive director of the ASEAN University Network, which brings together some 30 universities in the 10 countries of the association.

“You cannot find a single university that rejects the UN SDGs. So, I expect to see that, in terms of the cross-border partnerships or collaboration among universities, they will very much be under this UN SDG banner.

“The common theme will be sustainability in everything that we are going to do coming out of this long pandemic. Whatever the research collaborations, whatever academic conferences or sharing of good practices or even new policy initiatives at the level of the universities, I expect to see it centre around the theme of sustainability,” Dhirathiti told University World News.

But universities and higher education organisations need to go even further than simply collaborating on specific research, projects and issues related to the SDGs.

SEAMEO RIHED has been pushing to redefine a common space for higher education in the region with the creation of a common platform in mind.

Kosaikanont describes it as “knowledge maximisation”, which makes use of higher education’s collective intelligence. “We provide a platform that can capture the knowledge so that it can be accessible to all.”

“With COVID-19, and political instability in some of the countries, it’s time we redefine that [higher education] space,” Kosaikanont said, noting that within Southeast Asia, the higher education focus of the past was entirely on economic issues, student mobility and the recognition of credentials within the region to facilitate that mobility.

“That higher education space could be for a broader purpose – not just economic integration, but for sustainable development and for higher education to stay relevant to the future, because things are changing very quickly,” she said, pointing to a regional meeting of higher education senior officials held on 21 April to discuss “what should be in the common space so they can redefine it together”.

“This common space should be opened up and should ensure that all the voices are heard,” she said, referring to the diverse range of economies in Southeast Asia, with some of the world’s richest countries such as Singapore alongside smaller, less developed economies like Laos.

The aim was to jointly set goals. Then “some can go slower, while some can take a lead and go further first”.

“The most important thing is that we have a shared vision, that we pool our resources, to contribute to something innovative, and that we shouldn’t be afraid. If we are going to fail, we should fail forward.”

This process is ongoing and will be part of the EU SHARE programme until the end of the year. It will involve putting in place integrated regional structures that bring together the partners, government, institutions and stakeholders to reach common goals together.

“It’s a model within which higher education finds value, and delivers value for society at large.”

While this process is still far from complete, the thinking behind it, including approaching the SDGs via a common platform, will feed into the global roadmap towards 2030 for higher education and the SDGs that will come out of the UNESCO World Higher Education Conference in Barcelona, combining the different regional approaches.

“Together we are going to create a roadmap,” said Wesley Teter, senior consultant for educational innovation and skills development at UNESCO Bangkok, while speaking at the March policy dialogue about the upcoming UNESCO conference.

“It is an important step forwards. But it is only part of the process, that won’t stop at the [Barcelona] conference but will contribute towards a bigger process of commitment and change,” said Teter.

*The article was first published in University World News.