Call for proposals: 2023 UNESCO International Programme for the Development of Communication (IPDC) 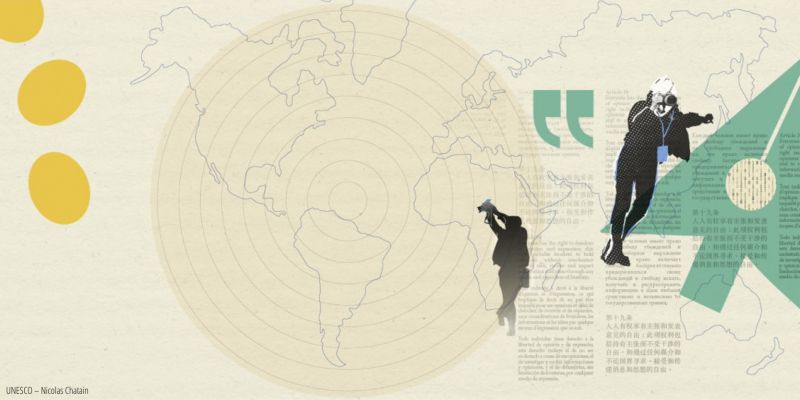 Call for proposals: 2023 UNESCO International Programme for the Development of Communication (IPDC)

UNESCO’s International Programme for the Development of Communication (IPDC) launches a call for project proposals for the 2023 cycle aimed at expanding opportunities for free, independent and pluralistic media. The call is open to local media organizations of UNESCO Member States worldwide, with project proposals from Mekong countries to undergo a preliminary round of screening by the Communication and Information (CI) unit of the UNESCO Bangkok Office.

Established in 1980, UNESCO’s IPDC is the only multilateral forum of the UN system designed to mobilize the international community around media development issues. The IPDC acts as a laboratory for ideas on emerging and pressing media policy issues; moreover, it offers seed funding to media development projects by grassroots and local actors tackling media issues on the ground. For over 40 years, more than 2,200 projects globally have been supported by the IPDC, with US$115 million channeled to media development.

As the focal point for Mekong countries, the UNESCO Bangkok Office will collect, assess and submit quality project proposals to the IPDC Bureau for further examination and potential approval. Final decisions will be made by a panel of UNESCO Member States that have been elected to the IPDC Bureau.

The IPDC Bureau supports projects that aim at one or more of the following:

Note: IPDC prioritizes projects with the potential to serve as innovative pilots and pays particular attention to proposals from least-developed, landlocked and small island countries, as well as those in conflict or post-conflict situations.

It is strongly recommended that proposals consider the adaptation or use of UNESCO resources, such as UNESCO’s journalism education handbooks; in addition, proposals should take into consideration, wherever possible, UNESCO’s current global priorities: Africa and Gender Equality.

For media stakeholders interested in submitting a proposal and learning more about IPDC’s guidelines, useful materials may be found in the attachments accompanying this announcement.

Shortlisted candidates will be contacted by UNESCO Bangkok via email by 9 February 2023.

For more information about IPDC: https://www.unesco.org/en/international-programme-development-communication?hub=668