Your story is moving: Celebrating more than a century of Thailand’s audiovisual heritage 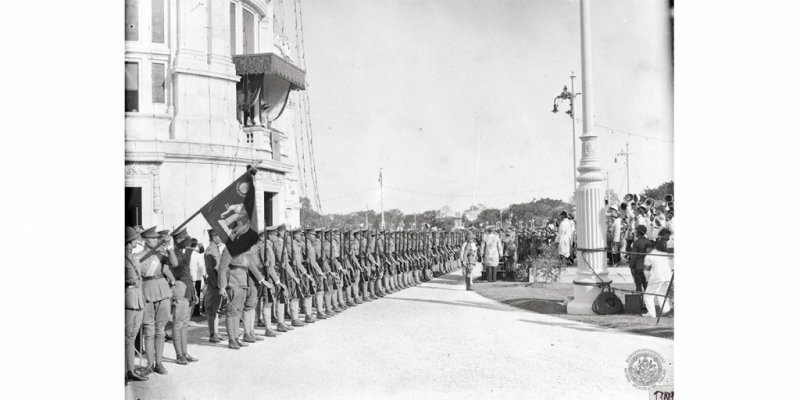 Your story is moving: Celebrating more than a century of Thailand’s audiovisual heritage

At the bottom of your grandmother’s old chest, languishing in a dusty cupboard, even literally under your bed, the last century could be hidden in a location closer than you think. Recognizing that films, photos and audio are the primary documentation for the 20th and 21st centuries, World Audiovisual Heritage Day on 27 October celebrated the theme ‘Your Story is Moving’ based on a simple principle – the recorded lives of each and every one of us contribute to our documentary heritage.

Thai Film Archive in collaboration with UNESCO Bangkok presented Thailand’s invaluable audiovisual heritage at the Film Archive in Salaya, Nakohn Pathom province, aiming to raise public awareness on the importance of audiovisual heritage and ensure that it is preserved and made accessible for future generations. ‘Audiovisual documents showcase personal and family archives, bringing them out of lofts and cellars, sharing slices of life, which can bring alive an existence that has become a thing of the past’ said Misako Ito, Adviser for Communication and Information of UNESCO Bangkok, at the event opening. Chalida Uabumrunjit, Director of the Film Archive, also read the Thai translation of the Coordinating Council of Audiovisual Archives Associations Board’s official statement on the theme of the day this year.

The opening was followed by the launch of the Thai-language version of Audiovisual Archiving: Philosophy and Principles authored by Dr Ray Edmondson.

‘This book enables us to understand the history and the root of this relatively new field,’ said Dome Sukvong, founder of the Film Archive. ‘Unlike traditional documentary heritage such as books, texts, manuscripts, that can date back to thousand years, the audiovisual documents only existed over a 100 years ago. It has taken time and continuing efforts by many experts before audiovisual archiving gained recognition as a professional field. Also, the book provides us with the understanding of philosophy and practices, vital in carrying on our work in audiovisual archiving.’

Kannika Chivapakdee, founder of the Museum and Archive of the Public Relations Department of Thailand, gave further background information, including about the author, Dr Edmondson, and the book’s development over three editions. She also emphasized that audiovisual archiving is not a static field, but continues to grow hand in hand with rapidly changing technologies. In the future, we might see new types of media that provides audiences with new senses other than ‘seeing’ and ‘hearing’ that audiovisual documents currently offer. While the current launch was in electronic format, Mr Sukvong said a printed version of the book would also be made available in the future.

Following the book launch, a presentation focused on more than 100 years of Thai heritage, starting with four minutes of silent footage of the second professional golf tournament in the country in 1931. ‘This footage is a very important record of golf history in Thailand. It was the first time a Thai golfer won a championship and earned a title as a professional golfer,’ said Arnan Puakpiboon, Secretary General of the Professional Golf Association of Thailand.

‘I have heard about historic tournaments from the older generation of golfers, but seeing the footage in moving images before my eyes not only brings back the moment of history that happened 87 years ago, it also brings emotions and pride that I would love to pass on, this proud memory, to a new generation of golfers.’

That personal relevance of the historical record runs throughout the project. In a presentation on the ‘Management of the Glass Plates Negatives Collection’, which was inscribed on the UNESCO Memory of the World International Register in 2017, Pavida Somwong, archivist of the National Archives of Thailand, urged private owners of glass plate negatives and photographic collections to take good care of their collections. They are not only a valuable record of personal and family memory, Ms Pavida emphasised, but they also contribute to collective memory of Thai society.

The significance of the personal records into communal and even national identity was emphasized to the close the event. Pawarisa Nipawattanpong, from the Museum and Archive of the Public Relation Department of Thailand, presented newly discovered recordings of the daily opening and closing words of the national radio station of Thailand. Other historical recordings presented by Pluethipol Prachumol, Director of the First Antique Phonograph Museum, date back more than 100 years ago, while the audio recording of the royal anthem documented in 1900 in Berlin was also played. Mr Pluethipol ended by highlighting the importance of sound and audio records and the need for Thailand to establish a sound archive or central organization to preserve this heritage for new generations.