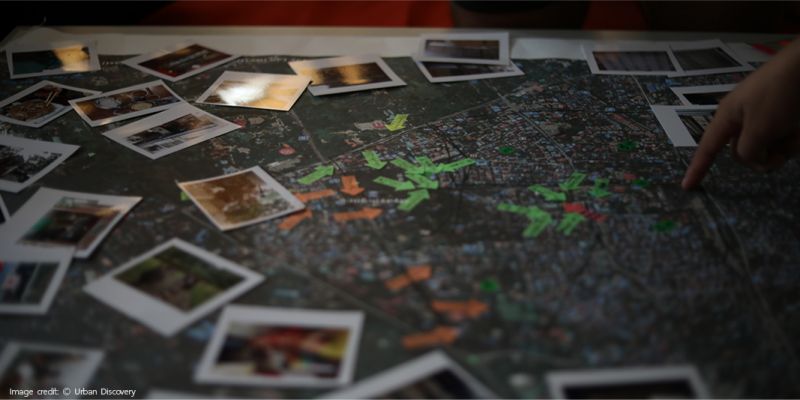 Myanmar is highly diverse in terms of geography, language, ethnicity and religion, and yet that same extraordinary diversity presents unique challenges. Addressing those challenges, young people in Myanmar have always participated in political transitions and played key roles in building social cohesion.

With that contribution in view, UNESCO, in collaboration with EMReF (Enlightened Myanmar Research Foundation), Doh Eain and Urban Discovery Asia, has recently introduced a pilot project for engaging youth to promote cultural diversity, including research contributing to the report "Youth Perceptions of Pluralism and Diversity in Yangon".

Recognizing the potential of cultural diversity as a tool for social cohesion, this project seeks to build evidence on how respect for cultural diversity can play a crucial role in bridging diverse communities in Myanmar. The most visible efforts to promote tolerance in Myanmar have always been led and initiated by young people with a view to overcome divides and stereotypes.

The inclusion of  young women and men from diverse cultural and religious backgrounds is at the very heart of this pilot project. Centering on Yangon as a hub for cultural diversity, research was carried out on youth perceptions of pluralism and diversity, engaging young participants in a cultural-mapping exercise around the city. This research shows how social inclusion based on cultural diversity is experienced through the lens of youth.

“For human beings, it is usual not to have unity and peace even among the same group,” a 20-year old Kachin respondent said. “To accept diversity, it depends on how the neighbourhood and community shape and guide youth.”

A  group of  25 young men and women from diverse backgrounds were engaged in the participatory cultural mapping of Sanchaung, one of the most diverse neighborhoods of Yangon. “This has widened my perspectives on the concept of diversity, as well as the multiculturalism of Yangon,” said another participant.

The research provides a baseline on attitudes and behaviours of young people in regard to tolerance, respect and mutual understandings for diversity. It also informs future activities to equip young participants in practical exercises to identify and promote positive values of Myanmar’s cultural diversity.

The exercise also highlighted shared spaces that can be used by youth, such as the Myaynigone Flyover, a showcase in Yangon of creating public areas celebrating communal and artistic values. “This is a space for  diversity and we should encourage more of this in the future,” said Maw Rain, a participant as well as a native to Sanchaung. “It does not matter what your colour, ethnicity or religion is. We gather here, enjoy collaborative activities and  embrace our diversity in this space.”

Following these activities, the results of the project were presented to the public as art, including a bilingual map and illustrated timeline of Sanchaung, a video of the mapping exercise and five illustrations from a local artist that represent the research findings.

“We heard about diversity before, but we haven’t paid much attention to it in the past,” one of the panelists said. “But now we are more serious and more aware of the importance of this issue.”

Thee results were exhibited at Yangon’s historic landmark the Secretariat from 30 November to 3 December on the occasion of the PAIR (Pursuing Arts in Research) Festival. On the final day, a launch event and round-table discussion on “Youth and the Culture of Diversity” strengthened UNESCO’s network of partners and raised public  awareness.

Members of the public also emphasized promoting diversity at the event. “Engaging youth in promoting cultural diversity is critical, as they can play a leading role,” said Lin Khant Htet, an anthropology student.

The map of Sanchaung was also displayed at the commemoration of International Human Rights Day on 10 December at Thakhin Mya park. The local branch of the Road Transport Administration Department has also agreed to the creation of a mural in Sanchaung, portraying the bilingual map in early February 2020.

Throughout the project, youth participants and members of the general public expressed optimism. “The majority population in Yangon are no stranger to the concept of diversity, we need to embrace and start practising in real life,” said Aung Ko Ko, one of the panelists, who is working on the rights of minorities in Myanmar. Particpants also emphasized that an understanding and respect for cultural diversity among youth would lead to less conflict, urging people in the present day to be open to mutual respect and multiculturalism.

Poet and activist Mg Saung Kha summed up the views of many: “Diversity should not be seen as a threat and instead, it should be seen as a strength that will serve as a bond to reunite diverse communities in Myanmar.”

Report on "Youth Perceptions of Pluralism and Diversity in Yangon, Myanmar", 22 November 2019