What would you do? Youth in Asia lead to #Educate4Sustainability 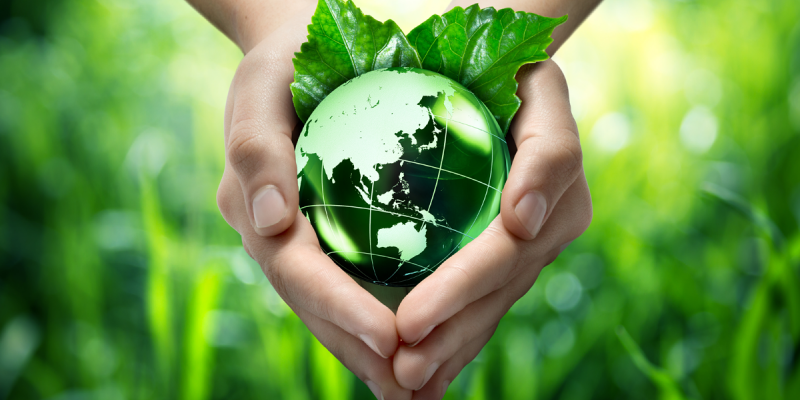 What would you do? Youth in Asia lead to #Educate4Sustainability

After a long day of picking up trash on the beaches of Vung Tao, a provincial city in southern Viet Nam, Nguyen Tan Phat sits down with his student volunteers to talk about the environment. He asks them simple questions, like ‘If you see someone littering, what would you do?’ and ‘If one day in the future, the ocean were full of trash, what would happen?’

A recent graduate armed with a Master’s Degree in Peace Education from the University for Peace in Costa Rica and another in Political Science from Ateneo de Manila in the Philippines, Phat has shifted his vision from these far-off locales back to his hometown. He found the young volunteers to be receptive to his attempts to teach them about the consequences of marine pollution in their city. ‘I’ve noticed that the younger children in primary and secondary school are more eager and willing to interact with nature,’ he said. Growing up by the ocean, Phat’s passion has driven him to start his own project on marine pollution so that he can continue to share his knowledge with the youth in his community.

Education for Sustainable Development (ESD) empowers young leaders like Phat to inspire and mobilize other young people to make a change by tackling economic, social and environmental issues. It requires a highly participatory, hands-on method of teaching and learning in order to motivate learners to take action in solving sustainability problems such as climate change, poverty reduction and sustainable consumption. In educating others for sustainability, younger people are positioned to play dual roles – to learn and to lead. To fulfil these roles, they need to be equipped with the tools and skills to develop creative solutions.

We’ve all heard the numbers. Today’s youth population is the largest it’s ever been in human history, according to the United Nations Population Fund. Especially with the concentration of young people in developing countries, the potential for change is immeasurable. With that power in numbers, there is more need than ever to create opportunities for young people to engage and transform society for the sustainability of future generations.

Looking to transform society in her own way, another young activist, Gurjeet Kaur Heer, recently held a workshop on ESD and the Sustainable Development Goals, mentoring 12 young women in Jhabrera, a small town in northern India. Gurjeet is a development professional currently working with Youthreach, a non-profit organization based in New Delhi. In her training, she shared the competencies promoted by ESD such as critical thinking, systemic problem solving and conflict transformation. ‘The main idea behind conducting all the activities was to help the participants engage creatively and responsibly with each other and to help them reorient education to meet today’s changes.’

As a result of the training, those 12 trainees will go on to educate 10 more young girls in their village – that’s already 120 young leaders who will be able to pass along their knowledge on ESD and sustainability issues. Gurjeet noted that having young people teach their peers is effective because of the familiarity and connection they share as members of the same community. ‘There’s a sense of comfort,’ she said. ‘They trust us.’

‘The fact we were able to train these young women to be conscious peer leaders makes it easy for them to transfer the knowledge to the people they meet, even on a personal level, like with friends and family,’ said Gurjeet.

Phat and Gurjeet are a part of an expanding network of young leaders that formed after they took part in the Asia-Pacific Regional Workshop for Youth Leadership Training on Education for Sustainable held in Bangkok in November of last year. The workshop was held by UNESCO Bangkok with cooperation from Earth Charter International and the Goi Peace Foundation. The participants included 30 young people from all over the Asia-Pacific region, from Iran to the Cook Islands. During the workshop, they were able to hone their project management, leadership and communication skills so they may spearhead their own ESD activities.

Interactive workshops like the one in Bangkok create an opportunity for young people to connect and engage with each other at an international level, meeting like-minded youth from other countries with contexts entirely different from their own. Such a diverse environment offers them the chance to learn how others approach their collective goal – to take these global issues and translate them into meaningful, local contexts and real-world learning in different situations. As Phat noted, ‘ESD is not one-size-fits-all.’

Utilizing this regional network, the youth leaders are able to share, grow and learn together. For example, while attending UNESCO’s ESD Youth Conference in Paris last May, Phat organized an online livestream session about plastic pollution so young people in the network who were interested could also take part. Gurjeet also created partnerships by joining hands with fellow participants from Pakistan and Bangladesh to develop a model for future youth leadership workshops.

The young leaders are keeping the network alive through social media channels, particularly Facebook. The network has become a support system and a space where young leaders can brainstorm and bounce ideas off each other. Being a part of this active group can also give them an extra push, encouraging them to uphold their commitment to the same cause.

Of course, it’s a long road ahead towards a sustainable future, with plenty of obstacles along the way. Gurjeet feels the most important issue is short-sightedness, especially when certain people may not be aware of how education in the present affects the lives of future generations. She says, ‘If you want kids to remember what you teach, maybe somehow you have to change. The methodology of teaching has to change.’ She stresses that, for ESD to have a more significant impact, sustainability issues need to be incorporated into the syllabus in schools and colleges.

Another issue Gurjeet raised is that rural areas in developing countries are still a long way away from the education that some of us might take for granted. She emphasizes the need to focus on spreading awareness and providing education about sustainability to rural communities. Phat concurs. ‘I studied in the city and that is a privilege,’ he said. ‘I’m aware that children in other parts of Viet Nam don’t have access to that kind of education.’

But these young leaders are not only focused on teaching their peers about the ways to a sustainable future. To make a bigger impact, it takes a village, and the youth are also asking other entities to step up, to bridge the gap and work together. ‘As an individual, I can only do so much,’ said Phat. ‘I’m very hopeful for the future development of ESD with collaboration from different sectors such as local governments, schools, corporations or international organizations like UNESCO.’ With the help of the young leaders as advocates of ESD, together we can make conscious decisions for the future of the world.