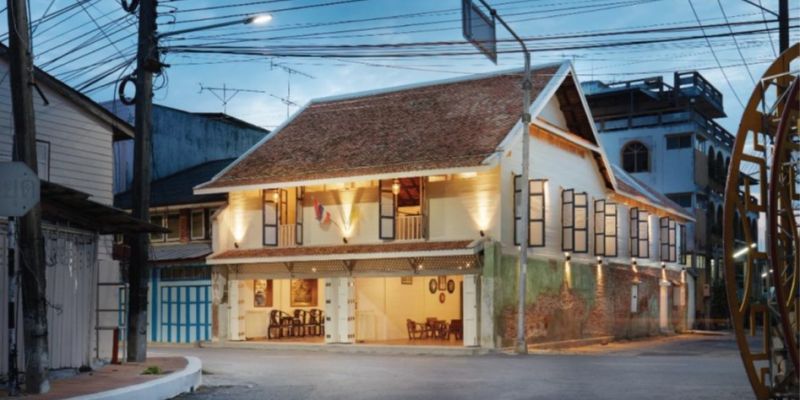 If history is the property of everyone, who’s responsible for history?

Revitalized Pattani clan home Baan Khun Phithak Raya’s 2021 reception of a UNESCO Asia-Pacific Award for Cultural Heritage Conservation highlights more than just the renovation of a historic site, but the value of private conservation initiatives and why everyone should take a closer look at their personal heritage.

Since 2000, UNESCO Asia-Pacific Heritage Awards for Cultural Heritage Conservation have been presented to 270 winners from 22 countries for their “understanding of place, technical achievement, and significant sustainability and policy impacts at the local, national, and regional levels.”

The core goal of the awards is to change the conversation about what constitutes cultural heritage, who is responsible for them, and how they can contribute to the sustainable well-being of cities, societies, and the environment.

In 2021, nine projects from Bangladesh, China, India, Japan, Malaysia, and Thailand were honored with awards of Excellence, Distinction, Merit, and “New Design in Heritage Contexts.”

Baan Khun Phithak Raya received an Award of Merit in recognition of its “loving restoration and the resulting preservation of an important chapter of Thai heritage in the southern province of Pattani.”

According to UNESCO, “the revival of the century-old shop house serves as an inspiration for other homeowners in Southern Thailand in renewing the vitality of urban settlements.”

A home to heritage

Built in 1917, Baan Khun Phithak Raya takes its name from the nobleman of Chinese descent who commissioned its construction. The son of a high-ranking bureaucrat who oversaw the import of Chinese goods into the Thai south, Khun Phithak Raya established his home for both his family and enterprise, eventually entrusting it to his children so that it would continue to serve them for generations to come.

Anupas Suwanmongkol, a senator and local business magnate who spearheaded the home’s conservation, is the great-grandson of Khun Phithak Raya by way of his mother, Srisuman Suwanmongkol, spouse to Pattani’s 10th governor, Phraya Udonthani.

“I feel tied to my ancestors who built and lived in this home. My intention was to revitalize and preserve this building, maintaining both its internal and external architecture as an expression of my gratitude towards my forebears and to my mother on the occasion of her 84th birthday as well as for those coming generations, so this building could be a place of learning that serves Pattani and the nation.”

Restoration of the home was a four-step process, with the first step being a deep dive into the history of the structure and its architecture. Preliminary surveys of the building were compared to records of its original state so that it could be returned to its former glory. Portions that were too heavily damaged were removed and then carefully reconstructed.

Some THB8 million (approx. US$238,855) was invested into having the century-old structure restored. The project concluded on February 18th, 2019 after a concerted effort by numerous artisans from the Fine Arts Department, architects, and contractors who took care to pay homage to every brick laid.

UNESCO explained that the shop house’s awarding was due to its authentic conservation, as it kept the original layout, structural system, and material palette.

A monument to multiculturalism

At the same time, the Award of Merit also acknowledged that Baan Khun Phithak Raya “showcases the contribution of one of the town’s many ethnic communities to the multicultural social fabric of Pattani.”

The shop house melds local and Chinese architectural styles, making it a monument to Pattani’s acceptance of Chinese immigrants over the centuries. Preserved remnants of past renovations even provide glimpses into how the peoples of Thailand and China gradually integrated over time.

The front semi-private section of the structure used for welcoming guests and the private rear half of the first and second floors are adjoined by a courtyard, or chim jae in the local dialect, as required by the Chinese practice of Feng Shui. Further illustrating its Chinese background, the home features a hip-and-gable roof and folding doors.

The structure’s location is also of historic and cultural significance as it stands in the Hua Talad, or Chinese Market, area of Pattanipirom Road, a neighborhood regarded as the beginning of Thai-Chinese communities in the southern region as well as a wellspring of commerce and economic advancement. The road runs along Pattani River and connects to a number of other avenues where Thais of Chinese descent have since established bustling commercial districts.

In the past, the home of Khun Phithak Raya even operated a small dock for travelers and goods intended for the larger ships of the East Asiatic Company, which transported people and cargo between Bangkok and Singapore, directly aiding in the success of Hokkian immigrants to the Thai south.

Now returned to its original glory, Baan Khun Phithak Raya is an award-winning part of Pattani’s Chinatown cultural walk. Organizations such as Melayu Living, artists working to attract tourism to Pattani, have included Baan Khun Phithak Raya as a stop on their tour, illustrating the avenue’s long history of fostering economic progress for the province and Thailand.

The clan house is even featured on maps and guidebooks compiled by Melayu Living and the Association of Siamese Architects under Royal Patronage.

While leading visitors along the walking route, the artists make sure to point out that it is a common sight to see Thai Muslims enjoying their morning coffee or tea with their Chinese Buddhist compatriots just outside the home, underlining the cultural harmony that has been achieved amidst Pattani’s diversity.

It is this harmony that forms a core strength of Pattani, both socially and economically, and further enhances the value of Baan Khun Phithak Raya. Just as it played a role in the formation of the local Chinatown, the home is now part of the foundation for Pattani’s future, a reminder of its history of acceptance and opportunity.

The future of history

A symbol of both Pattani’s past and future, Baan Khun Phithak Raya continues to fulfill UNESCO’s goal of redefining what cultural heritage is and who is responsible for it.

Proof that even personal relics can have value for society, Anupas Suwanmongkol’s restoration project is an inspiration that has seemingly already influenced similar endeavors, such as Bangkok’s Posayachinda family, who recently re-enlivened their 200-year-old Chinese mansion into a scuba academy.

Numerous more potential projects are sure to follow, each reinforcing the merit of Baan Khun Phithak Raya.