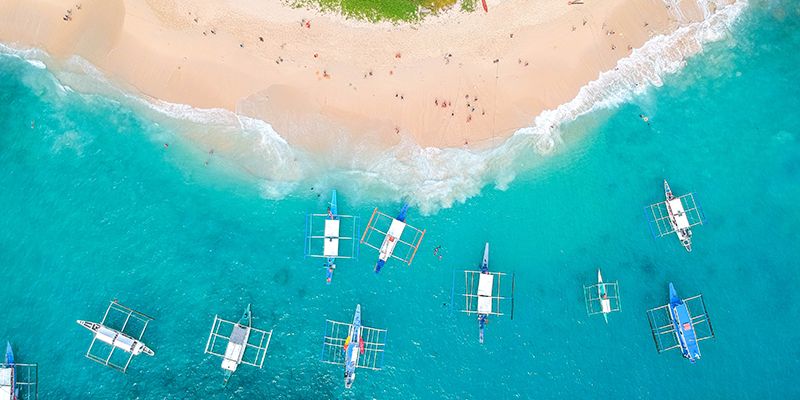 On 5 April 2019, Manila, the Philippines. The 12th Intergovernmental Session of the IOC Sub-Commission for the Western Pacific (WESTPAC-XII) concluded its four-day session, culminating in a strong willingness of all countries and its partners in the region to engage in and contribute to the upcoming UN proclaimed Decade of Ocean Science for Sustainable Development (2021-2030), and a concrete action plan to brace for the Decade. The session was kindly hosted by the Department of Foreign Affairs of the Philippines, UNESCO National Commission of the Philippines, the University of the Philippines and its Marines Science Institute.

The four day session saw the active participation of nearly 100 delegates and representatives from 16 Member States and 5 international partners including CTI-CFF, PEMSEA, SEAFDEC, SEABED 2030 and UN Environment /COBSEA. It is the first time that Fiji, France and Singapore have sent their delegations to this session after a long years’ absence.

Hon. Generoso Calonge, Assistant Secretary, Maritime and Ocean Affairs Office, Department of Foreign Affairs; Vladimir Ryabinin, IOC Executive Secretary; and Vo Si Tuan, Chair of the Sub-Commission opened the session, followed by a mini science symposium consisting of two keynotes, respectively on the UN Decade of Ocean Science for Sustainable Development (2021-2030), and the Present State and Next Directions of Marine Sciences in the Philippines. These two keynotes laid a solid foundation for the ensuing session discussions in terms of the objectives, key elements, and preparations of the Decade, and the need to promote solution-oriented research in addressing development challenges in the region and beyond.

The Sub-Commission elaborated on the preparation of the 11th WESTPAC International Marine Science Conference 2020 scheduled for late August 2020, Indonesia, and its ongoing efforts in assisting Member States in the region to implement SDGs, in particular its SDG 14. The Sub-Commission adopted a set up guidelines for effective communications about programme development and implementation with a view to further improve programme delivery, efficiency and effectiveness; and to synergize efforts and leverage more supports.

It was evident that marine science development and cooperation in the region has been greatly advanced, as demonstrated by an unprecedented number of participants in a variety of WESTPAC programmes activities, quality publications in the high impact journals, the new version of ocean forecasting system, and the ever-increasing commitments of MS to host regional training and research centers on marine science. Constructive discussions also reflected that continued efforts need to be made in making WESTPAC Programmes more social and economic relevance, in order to further generate a greater impacts and visibility at local, national, regional and global levels.

Moreover, the session featured a brainstorming session on the late afternoon of the second day. The brainstorming session saw a high level of passions of countries in the region for the UN Ocean Science Decade that offers a once in a life time opportunity to connect science more directly to societal actors. A number of pertinent suggestions were made concerning the development of cutting-edge knowledge and advanced technology and innovations, science-policy interface, integration of natural and social science, ocean science for and with societies, and science communications.

The Sub-Commission unanimously elected, by acclamation, its officers for the next intersessional period, Vo Si Tuan (Vietnam) as the Chairperson, Fangli Qiao (China), Ken Ando (Japan) and Zainal Arifin (Indonesia) as the Vice Chairpersons. The Sub-Commission expressed its sincerest appreciation to the Republic of Indonesia and the People’s Republic of Bangladesh for their kind offer to host the next WESTPAC session in two years.

As part of the session, a visit to the National Museum of the Philippines was arranged on the last day. Through a number of photos, specimen collections, educational audiovisual materials, all participants deepened their understanding on the need for the UN Ocean Science Decade, while being impressed by the amazing ocean landscape in the Philippines and its tremendous conservation efforts and advocacy for the sustainable development of ocean and marine resources.

Last but not the least, the Sub-Commission would like to extend its greatest thanks to all host institutions in the Philippines, and their highly dedicated staff, particular those working from behind the scene. Without their great work, this session could not have been a success.