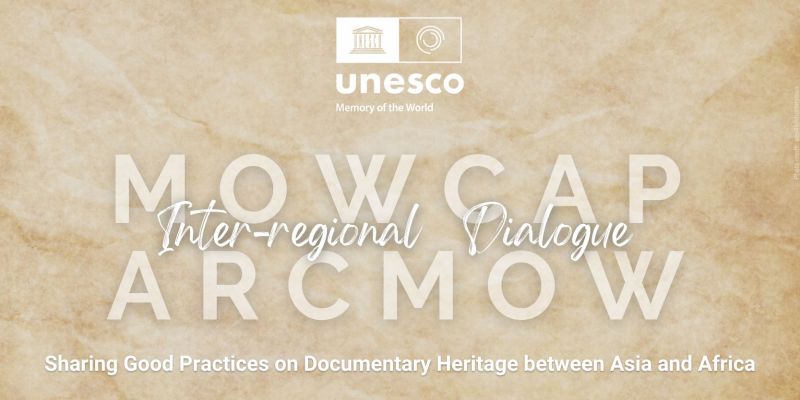 Over the past years, UNESCO’s Memory of the World programme has inscribed a number of significant documentary heritage which embodies common heritage across Asia and Africa. These are for example the Archives of Dutch East India Company which make up the most complete and extensive sources of modern world history with data on former political and trade regions in Asia and Africa, the Records of the Indian Indentured Labourers who were relocated to 19 colonies over a period of roughly 100 years, and the Asian-African Conference Archives which was the first international assembly of Asian-African nations held in Bandung in 1955 and aimed to promote world peace and cooperation.

In a view to further enhance inter-regional collaboration and promote common documentary heritage across Asia and Africa, the “Inter-regional Dialogue: Sharing Good Practices in Documentary Heritage between Asia and Africa” was launched on 26 July by UNESCO Bangkok and Nairobi Regional Offices in cooperation with the Memory of the World Regional Committees for Asia and the Pacific (MOWCAP) and Africa (ARCMOW). 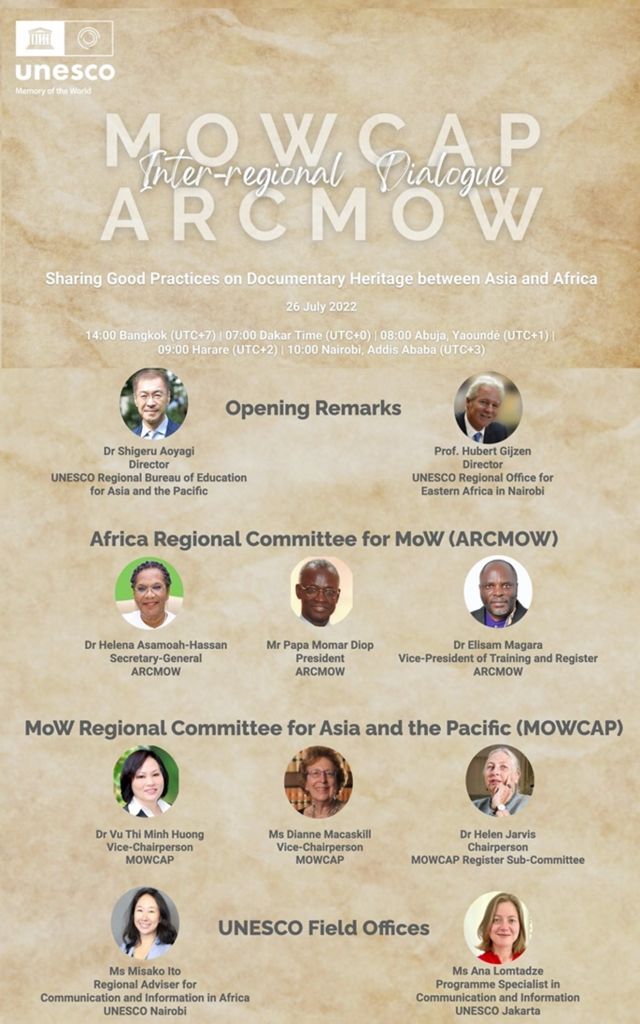 The meeting was opened by Mr Shigeru Aoyagi, Director of UNESCO Regional Bureau of Education for Asia and the Pacific, and Prof. Hubert Gijzen, Director of UNESCO Regional Office for Eastern Africa in Nairobi. After the former highlighted the importance of the close collaboration between MOWCAP and UNESCO Bangkok as key to the success of documentary heritage activities in Asia and the Pacific, the latter evoked shared documentary heritage between Asia and Africa that have been successfully inscribed on the Memory of the World (MoW) International Register as exemplary achievements that result from collaboration between Africa and Asia.

MOWCAP shared their practices in operating as a regional entity and in managing its regional Register, developed through time invested and lessons learned, so that ARCMOW need not “reinvent the wheel”, as aptly put by Mr Papa Momar Diop, Chairperson of ARCMOW from Senegal, in his welcome remarks.

Dr Elisam Magara, Vice-President for Training and Register from Uganda, introduced ARCMOW’s strategic plan for the coming years, which include significant activities that will help safeguard and raise the visibility of Africa’s documentary heritage. Dr Helena Asamoah-Hassan, Secretary-General of ARCMOW from Ghana, shared significant challenges faced, including the crucial need for close collaboration with a UNESCO field office in the region, a call answered by Ms Misako Ito, Regional Adviser for Communication and Information in Africa at UNESCO Nairobi, who offered her team’s support in developing ARCMOW’s activities.

Dr Vu Thi Minh Huong, Vice-Chairperson of MOWCAP from Vietnam, joined by Ms Dianne Macaskill from New Zealand and Dr Helen Jarvis, Chair of MOWCAP Register Sub-Committee from Cambodia, shared the inspiring case of Vietnam, a country that has raised the international recognition of its documentary heritage with limited resources, on the advice that “small actions can go a long way; first think local, then regional, then international”. Mr Diop demonstrated this to be true by showing how a conversation with Ito resulted in the successful development of a book on Africa’s documentary heritage, inspired by the publication 20 years of MOWCAP. 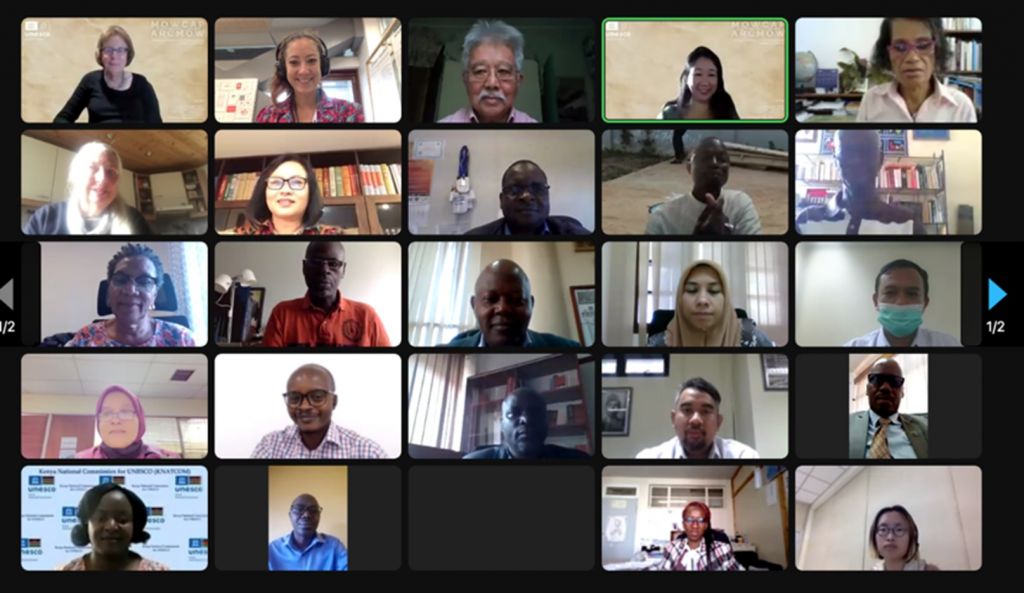 While publications like these are one means to promote documentary heritage, Ms Ana Lomtadze, recently appointed Adviser for Communication and Information at UNESCO Jakarta, added the potential of online materials, sharing resources developed to engage with younger audiences such as the MoW project on Google Arts and Culture, the e-course on bringing the Memory of the World into the classroom, the interactive e-calendar for kids, and the children’s book Let’s Explore the Memory of the World.

The future ahead of ARCMOW was solidified in the comments from the audience, read out by Misako Ito in her closing remarks for how they captured the energy and goodwill of MoW stakeholders to commit to developing the the MoW programme in Africa as one region, with the support of MOWCAP as collaborators and friends.