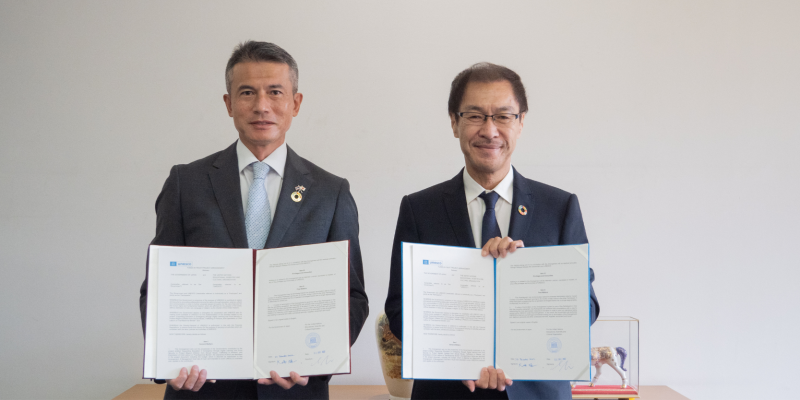 Government of Japan pledges US$2.1m to help migrant children with digital education and food security to assist their recovery, and further safeguard them against sexual abuse, trafficking in persons and exploitation of child labour

22 December 2022, Bangkok — The United Nations Educational, Scientific and Cultural Organization (UNESCO) and the Government of Japan have announced a new education and food security project aimed at aiding migrant children in their education along the Thailand-Myanmar border and further safeguarding them against sexual abuse, trafficking in persons and exploitation of child labour.

The new initiative, which will be implemented from January to December 2023, will support digital learning for learning recovery in the post-pandemic era; provide emergency food aid; and equip migrant learning centres (MLCs) with ICT infrastructure and sanitation facilities.

The Japanese Government has generously pledged funding of over US$2.1 million to UNESCO to the project. Mr OBA Yuichi, Deputy Chief of Mission and Minister of the Embassy of Japan, in Bangkok – representing Japan's Ministry of Foreign Affairs – and Mr Shigeru AOYAGI, the Director of UNESCO Asia and Pacific Regional Bureau for Education (UNESCO Bangkok) – representing the UN's specialized agency for education – signed an arrangement letter for the project at the Japanese Embassy in Bangkok on Thursday (22 December). 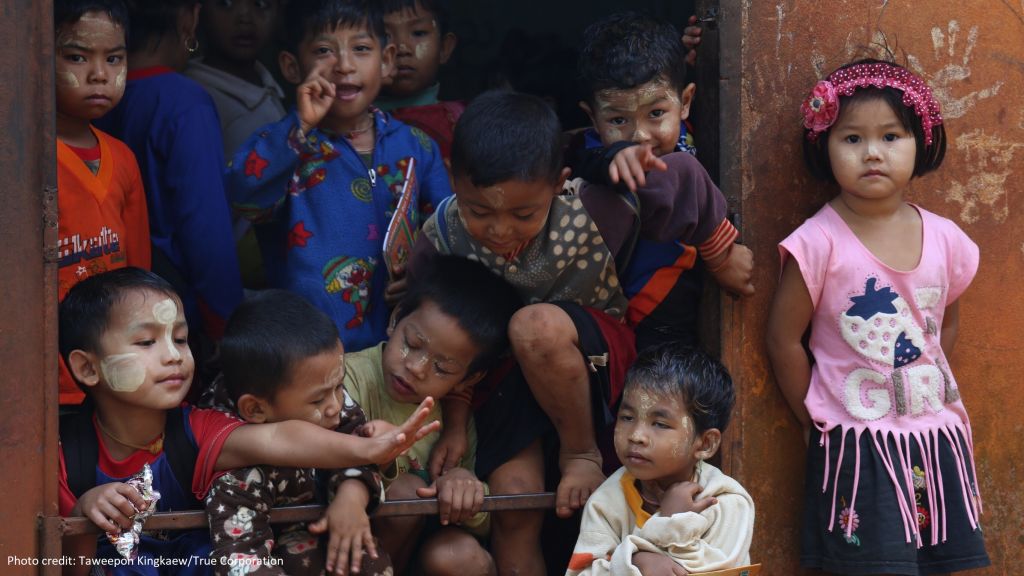 As the humanitarian crisis in Myanmar intensifies, there is increasing cross-border movement of refugees and migrants. For instance, the number of migrant children enrolled in 65 MLCs in five border districts in Thailand's Tak province went up from 10,808 in June 2022 to 11,584 in September 2022. Many of these children are fleeing violence and urgently need to be admitted to MLCs for shelter and safety.

Mr AOYAGI said, ‘I’m very pleased to sign the document today with the Japanese government. The project will provide at least 3,000 Myanmar migrant children with food, education, and digital learning. This project will ensure that these 3,000 children will have a better life in the future with learning that got interrupted for the time being because of the crisis in the country.’

Mr OBA, also Japan’s Permanent Representative to the United Nations Economic and Social Commission for Asia and the Pacific (UNESCAP), said, ‘Children's absence from school or learning poses a risk of trafficking, child labour and exploitation. This project is in alignment with the Government of Japan's policy that supports promotion of safety and human security.’

Further announcements and details of the joint programme will be announced in early 2023.

For more information on UNESCO’s education in emergencies programmes: https://www.unesco.org/en/education/emergencies