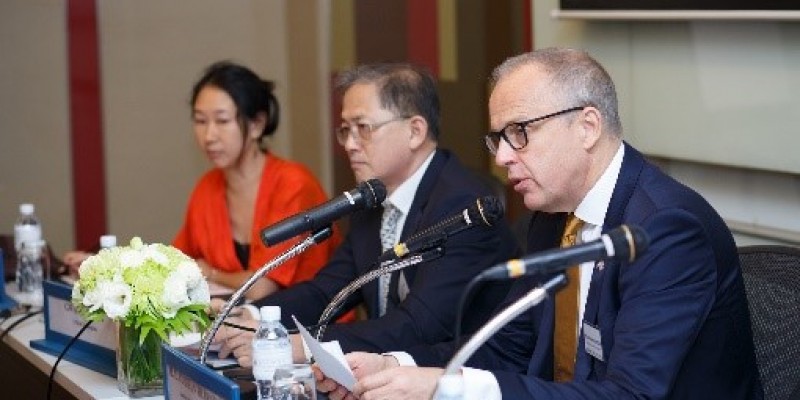 Medical records held by public hospitals, detailed information on states’ budgets, water quality reports or ecological impact assessments for infrastructure projects: in some parts of the world, access to this kind of public information is taken for granted. Citizens in some countries, however, face significant barriers in accessing such information despite the direct impact it can have on their livelihoods and ability to be civically engaged.

In the Mekong region, information held by public bodies is often considered government property rather than a public good. This is reflected in the lack of legal protections for the right to access public information; Thailand is the only Mekong country that has an FOI law, and even then an implementation gap exists.

Swedish Ambassador to Thailand, H.E.M. Staffan Herrström spoke of the importance of improving access to information throughout the region during the recent opening of the Regional Dialogue on FOI in the Mekong countries.

The regional dialogue, held from 12-14 October in Bangkok, was organized by UNESCO Bangkok and the Southeast Asian Press Alliance (SEAPA), with the support of the Swedish International Cooperation Development Agency (SIDA).

In his opening remarks, UNESCO Bangkok Director, Mr Gwang-Jo Kim, emphasized the direct link between FOI and wider development goals. “[Access to public information] is an essential means to ensure accountability, fight against corruption and promote good governance,” he said.

In light of these many benefits, what can CSOs and the media do to help improve access to public information? How can greater regional cooperation support their efforts in advocating for and exercising this right, and how can such cross-border cooperation be promoted?

These questions were discussed by participants from Cambodia, Lao PDR, Myanmar, Thailand, Viet Nam, the Philippines and Sri Lanka, including journalists, human rights defenders, CSOs working on environmental and gender issues as well as international NGOs and FOI experts.

The challenging environment for FOI initiatives was highlighted throughout the discussion, as very few governments in the region seem open to progress in this area. However, participants also had plenty of experiences and good practices to share:  from legislative campaigns to public awareness initiatives as well as the participatory drafting process of the laws, such as currently underway in Cambodia.

The discussion also brought to light the critical need for increased regional cooperation in this area. Joint actions to promote FOI could, for example, help to address common challenges, such as environmental protection, land grabbing or the deteriorating safety of journalists and human rights defenders.

The formation of the ASEAN Economic Community by year’s end also makes the call for improved FOI timely, said Nepomuceno Malaluan, Co-Director of the Manila based Institute for Freedom of Information. “FOI is very relevant in the ASEAN context as it offers a tool to ensure that economic integration is happening in favour and not against the public interest”, Mr Malaluan said.