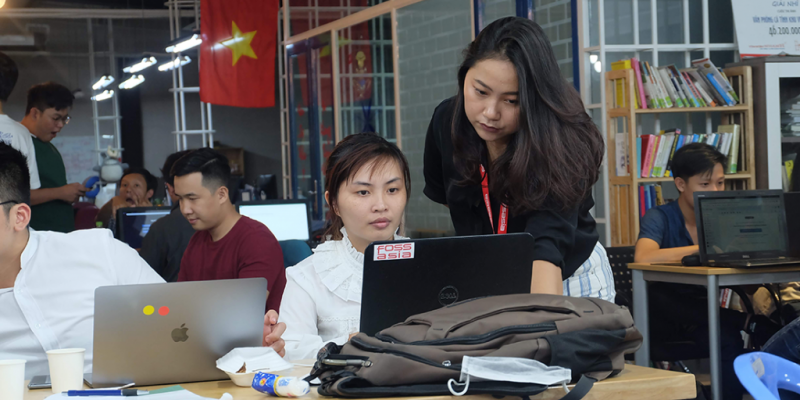 With the backdrop of the IPCC’s warning for the consequences of a global increase in temperatures of more than 1.5 degrees Celsius, a group of 130 open source activists and students bunkered down to develop mobile apps around UNESCO’s soon to-be-published climate handbook for journalists in the Asia-Pacific.

Aided by 18 facilitators and a steady supply of healthy snacks, the 22 teams made up of students from computer science, environment activists and journalists worked throughout the weekend to build mobile phone apps using open source code that would aid journalists in reporting climate change stories.

Hosted by Officience and supported by the Government of Malaysia, UNESCO and FOSSASIA, the community of free and open source software advocates in Asia, the hackathon promoted the development of innovative apps, which were gender sensitive and with an easy-to-use interface for busy journalists reporting on sustainable development and climate change.

‘Getting the Message Across - Reporting on Climate Change and Sustainable Development in Asia and the Pacific: A Handbook for Journalists’ will be published in December 2018 as part of the International Programme for the Development of Communication’s series on Journalism Education.  The handbook has been developed with the support of the Government of Malaysia to aid journalists and media workers in promoting stories that find local solutions to the global issue. 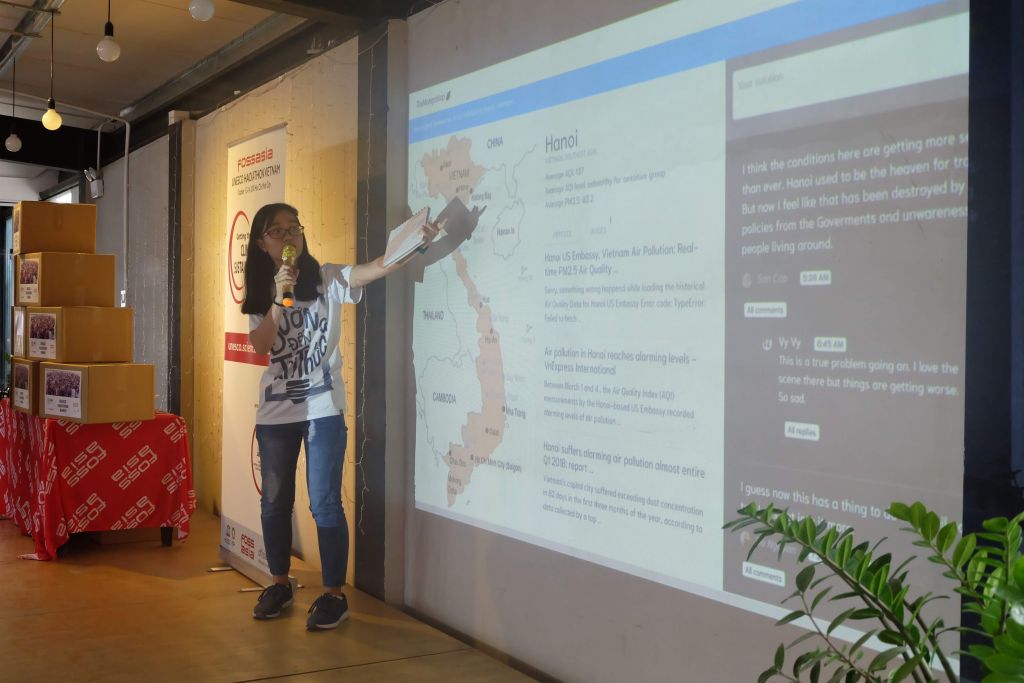 The three winning apps included Klimakage, a platform that shares the content of UNESCO’s handbook with data visualization and access to updated news; Climap, an intelligent climate data monitoring system for journalists; and Bird’s eye, a game linked with real data and a map to follow the reality of environmental changes from an animal’s point of view, aimed at inspiring journalists to report on the importance of ecosystems in the region for humanity’s survival.

Environment Management student at Ho Chi Minh City University, Hoang Thi Nhu Quynh, was grateful for the hackathon, saying it ‘gave me the opportunity to present my ideas and understand climate change as an alarming issue in Vietnam’. She added that UNESCO should organise more events such as hackathons, so that young people could team together to learn about climate change through creative activities rather than ‘boring data and reports’.

Other suggestions coming out of the hackathon included a blockchain app for journalists to check if information is reliable; an app that encouraged members of the public to report environment problems to local journalists; and an app that connects farmers in remote communities to journalists, ensuring rural communities have a voice.

Pham Truong An, a computer science student from Can Tho University who had travelled to Ho Chi Minh city from the Mekong Delta said: ‘Thanks to the hackathon, I realise I've got a lot more to learn about the concepts of climate change and sustainable development. I think each of us should take a responsibility in creating awareness about these issues to our closest friends and family, and then gradually we can spread the impacts in the community.’

You may also like to read UNESCO’s new publication, ‘Journalism, ‘Fake News’ and Disinformation’, which touches on verifying news and information, a theme for one of the apps at the hackathon.

This activity is part of UNESCO YouthMobile initiative to build the coding skills of young people and leverage computer science education for sustainable development.