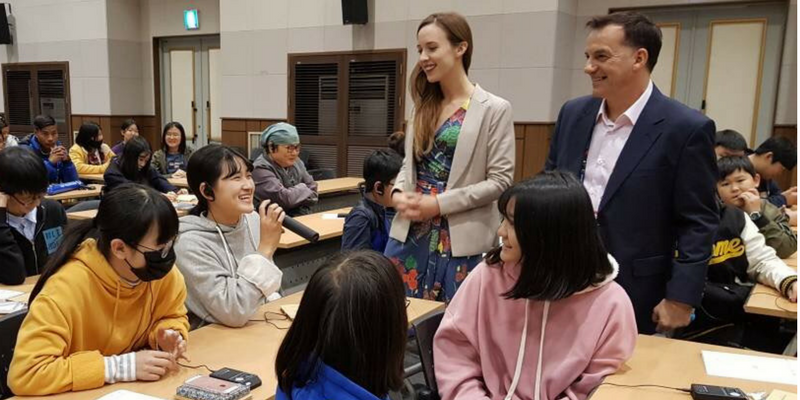 UNESCO took part in a series of events and discussions at the Jincheon World Youth Martial Arts Masterships in the Republic of Korea to promote the role of sport as a force for peace and sustainable development.

The Masterships were held between 3-7 November in Cheongju City, and featured 6 martial arts with 826 martial artists and officials from 33 countries.

As the event’s theme, “Harmony of the World Martial Arts”, suggests, the event was more than an exhibition of martial arts prowess – it also showcased the cultures of participating countries and what a unifying force sport – and specifically the martial arts – can be across national borders.

The diverse audience for the event’s opening reflected the belief of many in this potential, with representatives from UNESCO, the Korean Ministry of Culture, Sports and Tourism, the Korean Ministry of Foreign Affairs, SportAccord (GAISF), Korea Sports Promotion Foundation (KSPO), the Korean Sport & Olympic Committee, the Korean National Commission for UNESCO and UNESCO-ICM (International Centre of Martial Arts for Youth Development and Engagement under the auspices of UNESCO).

Former UN Secretary-General Ban Ki-Moon delivered a video message in which he spoke of the martial arts and their unique role in promoting sustainable development and peace. "Through its unique culture and traditions, Martial Arts can create friendship and peace that can spread across the world," he said. 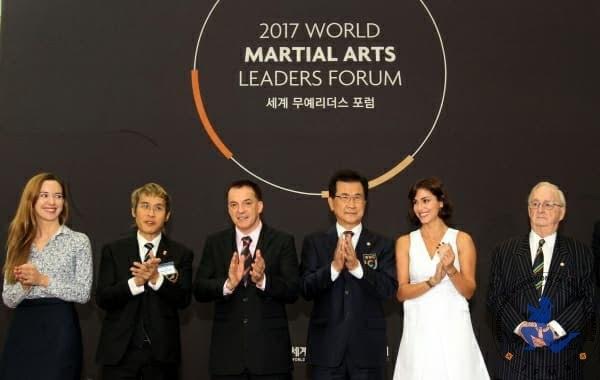 A special session held on the sidelines of the event, the ICM-UNESCO Youth Martial Arts Forum, focused on youth development and the role of martial arts.

UNESCO Consultant Caroline Baxter Tresise spoke to the young audience about the activities of UNESCO’s Asia-Pacific Social and Human Sciences Unit in this area (more here) and shared an animated overview of the 2030 Agenda for Sustainable Development and the Kazan Action Plan for Sport as well as the pressing challenges in the region, such as growing inequalities, climate change and shrinking civic spaces. She outlined how youth involved in Martial Arts could be a positive force for change.

In the same session, SportAccord (GAISF) Vice President Stephan Fox (top photo, right) spoke about athletes’ responsibility to their societies and the challenges to the integrity of sports today and provided an overview of the complex world of elite sports.

ICM hosted the special session, as part of a cooperation agreement with UNESCO. (More on that partnership).

The Masterships were co-hosted by the Governor of Chungcheongbuk-do Province, Mr Lee Si-Jong, and Mayor of Jincheon County, Mr Song Gi-Seob.

UNESCO met with Mr Lee Si-Jong, Mr Fox, Muaythai Malaysia President Dato Shah and IFMA Representative Ms Maia Amro to discuss closer cooperation between UNESCO-GAISF and Chungcheongbuk-do Province. The possibility of another youth martial arts event next year focused on promoting intercultural dialogue and peace in the region was among the topics discussed.

The Governor expressed interest in supporting the regional implementation of the Kazan Action Plan. Discussions on the methodology and approach and underway between the Governor, GAISF and UNESCO.

During the Muaythai bouts, governed by the International Federation of Muaythai Amateur, IFMA, UNESCO and President of the Afghanistan Muaythai Federation and Political and International Relations Adviser to the second Vice President of Afghanistan, Mr Amir Hussain Hussaini, discussed launching the "Transforming Cities through Sport" campaign in Kabul. The campaign, focused on rejuvenating informal settlements, is active in Manila, Philippines and Lima, Peru and was launched in close cooperation with IFMA.

Album of images from the event.