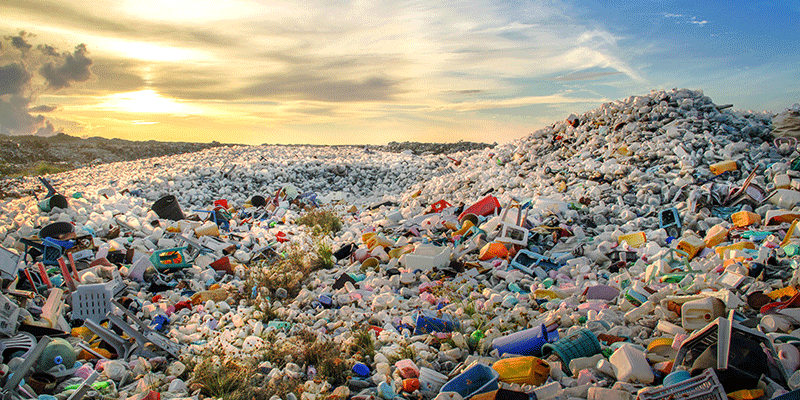 As we mark World Environment Day on 5 June, with the theme ‘Beat Plastic Pollution’, the headline news coming out of Thailand provides a poignant reminder of the urgency of this common ecological mission. After five days of intensive care administered by Thai veterinarians, a short-finned pilot whale found in the southern province of Songkhla died on Friday. The cause of death seemed clear – an autopsy revealed that the cetacean had ingested a total of eight kilograms of plastic waste.

The pilot whale’s plight has since seized headlines around the world, emphasizing the universal concern about the plastic pollution swamping our oceans. The rampant production and improper disposal especially of single-use plastics contaminating marine ecosystems is truly a worldwide concern. At stake are the interconnected global marine ecosystems and the long-term consequences of micro-plastics entering the food chain.

In line with Sustainable Development Goal 14 on the conservation and sustainable use of oceans, seas and marine resources, UNESCO is well aware of the danger plastic pollution poses to the planet and human health. ‘Today, nearly one-third of the plastic packaging we use bypasses collection systems and ends up polluting our environment,’ said UNESCO Director-General Audrey Azoulay in a statement marking World Environment Day. ‘This pollution particularly concerns our oceans. Carried by the seawater currents, billions of plastic fragments are amalgamated in the oceans. Over the last four decades, the amount of this waste has increased a hundredfold in the Pacific Ocean, to the point of forming what is now called the “seventh continent” of plastic, a vast garbage patch swirling around in the North Pacific, the size of one-third of the United States of America.’

While the problem is global in scale, it is particularly acute in the Asia-Pacific, which is responsible for allowing more plastic waste to wash into the oceans than the rest of the world combined. And the consequences are felt close to home. Last year, kilometres-long floating garbage patches were found offshore Chumpon and Prachuap Khiri Khan provinces, as coastal residents struggle to deal with plastic detritus washing up on once-pristine beaches. In Indonesia’s resort island of Bali, a video of a scuba diver swimming through a thicket of coloured plastic bags has since gone viral. Many, many more examples are easy to find.

World Environment Day 2018 – and the tragic death of the pilot whale, which has come to symbolize the thousands of marine animals that die each year due to marine pollution – must crystallize the determination to roll back this deluge of pollution. Across the region, there is growing recognition that plastic waste in the environment is not just an eyesore, but a threat to human health and safety as well as the cause of potentially irreversible ecosystem damage.

In Thailand, for example, the Tourism Ministry has recently urged government staff to reduce their reliance on single-use plastics, while the whale’s death has spurred the Department of Marine and Coastal Resources to raise awareness about marine pollution. Just as the dispersion of plastic pollution knows no boundaries, ASEAN members have called for a joint approach to collectively address the problem.

State-led initiatives and policy solutions are essential, but so too is increased awareness about single-use plastics. In the consumer culture across the region, products already in plastic packaging are routinely placed in single-use bags, often with a disposable straw thrown in. Both consumers and retailers need to understand that their behaviour is directly linked to the sea of garbage on our shores and the plight of animals such as the pilot whale.

There are some hopeful signs of a turn of the tide in terms of the business community and the general public. A recently opened Bangkok hotel has announced that it will operate completely free of single-use plastics, instead substituting reusable containers and biodegradable rubbish bags; school across the nation are initiating recycling programmes and encouraging the use of reusable water bottles and food containers. Instilling an ethos valuing the environment is in the long term the only possible solution.

There is no doubt that the mission to beat plastic pollution faces daunting challenges. An estimated 8 million tonnes of plastic waste is dumped into the oceans each year, in a trend that looks set to worsen barring drastic action. As we realize that our own health and welfare, as well as that of marine life, is integrally connected to the health of our ecosystems, that trend must begin to be reversed.

‘While ocean plastic pollution is primarily a threat to marine ecosystems, it is also a danger to human health as plastic waste enters the food chain. In recent years, these risks have increasingly attracted attention from policy-makers, the private sector, environmental NGOs, the media and the scientific community,’ Ms Azoulay said. ‘UNESCO fully associates itself with reflection and action in support of sustainable development, through its scientific, educational and cultural programmes for the implementation of the Sustainable Development Goals of the 2030 Agenda.’

Main photo: Disposable plastic bottles and other plastic rubbish at the Thilafushi lagoon disposal site pose a serious environmental hazard in the Maldives.