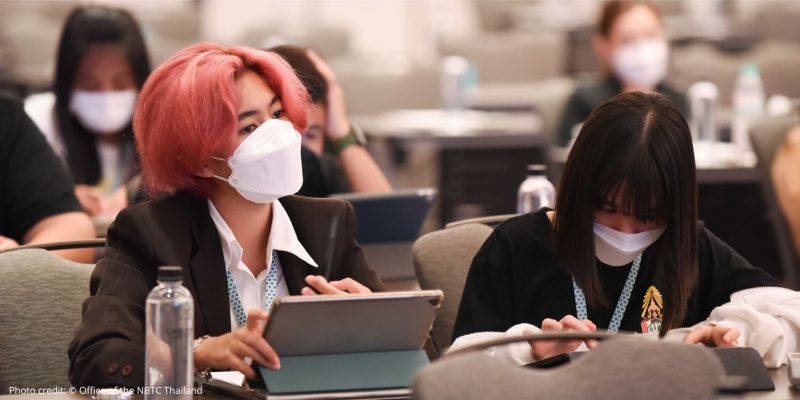 The need to improve digital information literacy is constantly evolving and expanding beyond the basic notions of enhancing internet access and affordability. Today, the digital environment is shaped by people’s daily interactions with information flow, social networks, web services and applications. Digital skills also affect people’s level of participation in an increasingly digital economy; their access to new employment opportunities; and their ability to enhance their own livelihoods. While the internet has opened new potential ‘life paths’ for many in South-East Asia, the new skill requirements to pursue them have also widened longstanding social gaps in our dawning digital era, including those gaps long related to gender norms.

Gender inequality in the material world is, notably, often replicated and exacerbated in the digital world. Globally, men are 20% more likely to be online than women. A recent analysis carried out at the University of Washington noted that for most countries in South-East Asia, the gap between women and men in this regard is even greater than ever. This means that women regionally have even more restricted access than ever to digital education; entrepreneurship opportunities; careers in science, technology, engineering, and mathematics (STEM); and other technical occupations than men. Additionally, the shift of many industries, both regionally and globally, toward digital technologies both during and after the COVID-19 pandemic could further affect the current social condition and future prospect of women.

In Thailand itself in 2020, 79% of men across the general population accessed the internet compared to 76.8% of women. The limited data available at present suggests a similar pattern of women’s lower participation in the digital economy and STEM education.

UNESCO Bangkok has been exploring a host of interlinked factors implied in this scenario through online capacity-building activities that involve youth of all genders. For example, the 2022 International Girls in ICT Day, on 28 April, was recently celebrated with an online training programme by the Communication and Information Section of UNESCO Bangkok in cooperation with the International Telecommunication Union (ITU) and Wikimedia Thailand for roughly 40 students from Mahidol University International College. The training, which took place 9 June, was designed to raise the awareness of participants on women’s rights online and to help improve women’s equal representation and participation in the digital domain.

During the training, UNESCO’s CI team conducted an interactive poll among the participants that focused on the gender digital divide and safety in cyberspace. The session revealed that the gender digital divide was still a new concept for most of them. When asked what the participants considered their biggest challenge in using the internet, most responded ‘poorly designed services and cyberbullying’ rather than lack of access. Nearly 60% of participants agreed that the under-representation and misrepresentation of women is a common phenomenon online, and 77% expressed their belief that women are more vulnerable to cyber threats than men. Most participants said that they or someone close to them had experienced online harassment or violence, and nearly half believed that such offenses were gender-based. Notably, gender discrimination was regarded as widespread on social media platforms, such as Instagram and TikTok. One student who identified as transgender, suggested that the situation for the LGBTQ+ community is worse than for women in general.

The UNESCO training encouraged students to consider what might be their own solutions to gender-based issues, and raised their awareness of these issues through a customized Wiki game designed to increase their knowledge about women’s empowerment and leadership throughout history. In the final session, Wikimedia Thailand facilitated an edit-a-thon of Wikipedia articles to enhance gender balance, an exercise that highlighted how just a year ago, in 2021, only 19% of the roughly 1.5 million biographical articles on the English-language edition of Wikipedia were about women, thereby emphasizing the urgency to improve gender-inclusive representation not only in Wikipedia, but in the larger digital domain.

The CI section of UNESCO Bangkok is now seeking to gather targeted research on the gender digital divide through various stakeholders in Mekong countries – principally Cambodia, Laos PDR, Myanmar, Thailand and Viet Nam – and mutually share good practices tackling online discrimination and bias in the South-East Asia region. Research findings and data collection in this area are still difficult to locate, and knowledge on the subject is often scattered. Regular consultations among relevant stakeholders can be the first step toward building new strategies for gender-inclusive digital transformation and media literacy education. Since enabling internet access is only one step of a bigger effort to bridge the gender digital divide, information literacy education and online safety will be key elements to inspire the creation of diverse digital contents for and by all genders.