At UNESCO Bangkok, ‘Every job is a climate job’! 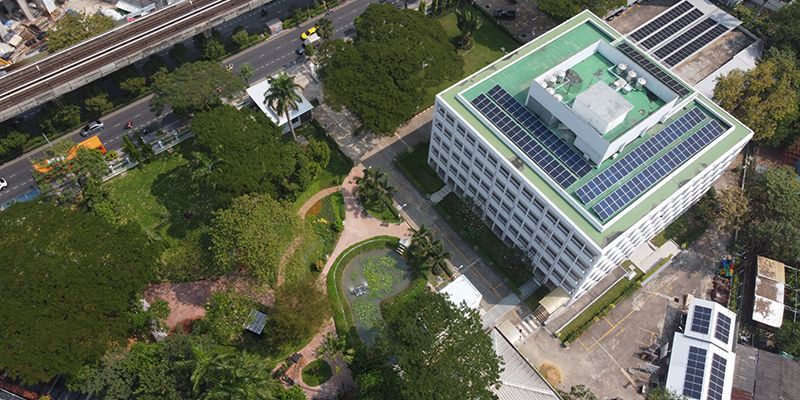 At UNESCO Bangkok, ‘Every job is a climate job’!

Just over a year into the launch of its Environmental Management Action Plan (EMAP), UNESCO Bangkok is significantly reducing its carbon footprint 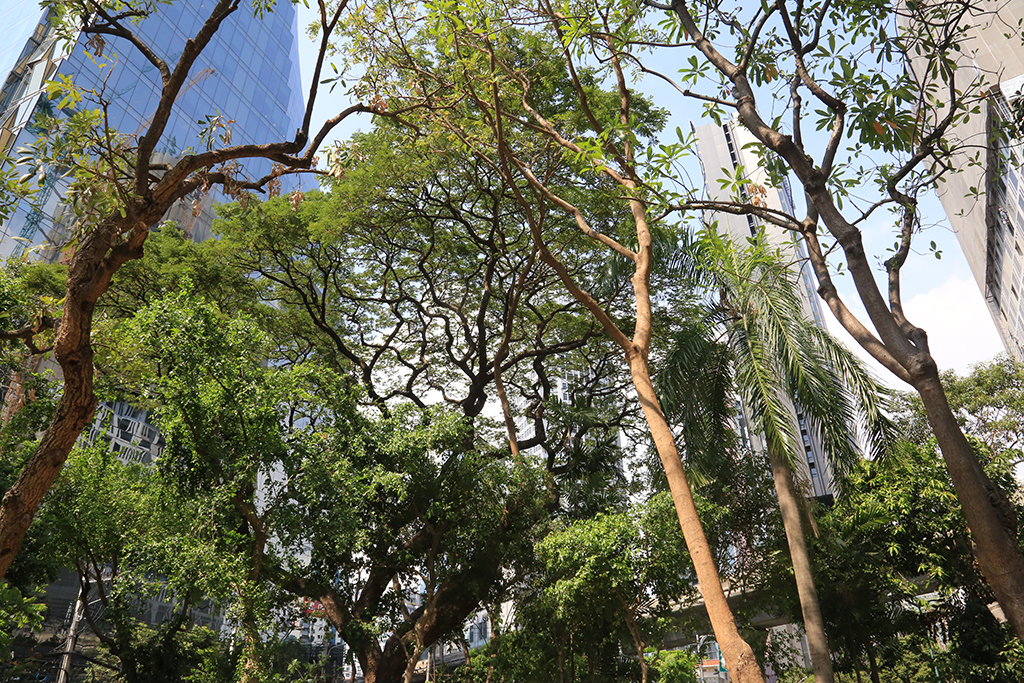 In early 2022, some two years into the COVID-19 pandemic, the UNESCO Bangkok Office is delighted to report that is has been making ‘opportunity out of adversity’ by steadily reducing its carbon footprint in downtown Bangkok. While many Bangkok staffers have found themselves having to work from home during citywide lockdowns, the Bangkok team in charge of pursuing an Environmental Management System (EMS) for the Office has refused to allow the pandemic to delay the rollout of UNESCO Bangkok’s bespoke ‘Environmental Management Action Plan’ (EMAP). First announced in late 2020, EMAP comprises a strategic, multi-staged five-year plan (2020–2025) for putting into place multiple sustainable environmental upgrades to the office grounds and building alike, including the phased integration of more sustainable practices, system-wide, in its daily operations.

Among the key recent achievements are: installation of solar panels and an eco-friendly air-conditioning system, creation of an urban garden, and new water efficiency measures, to name just a few. 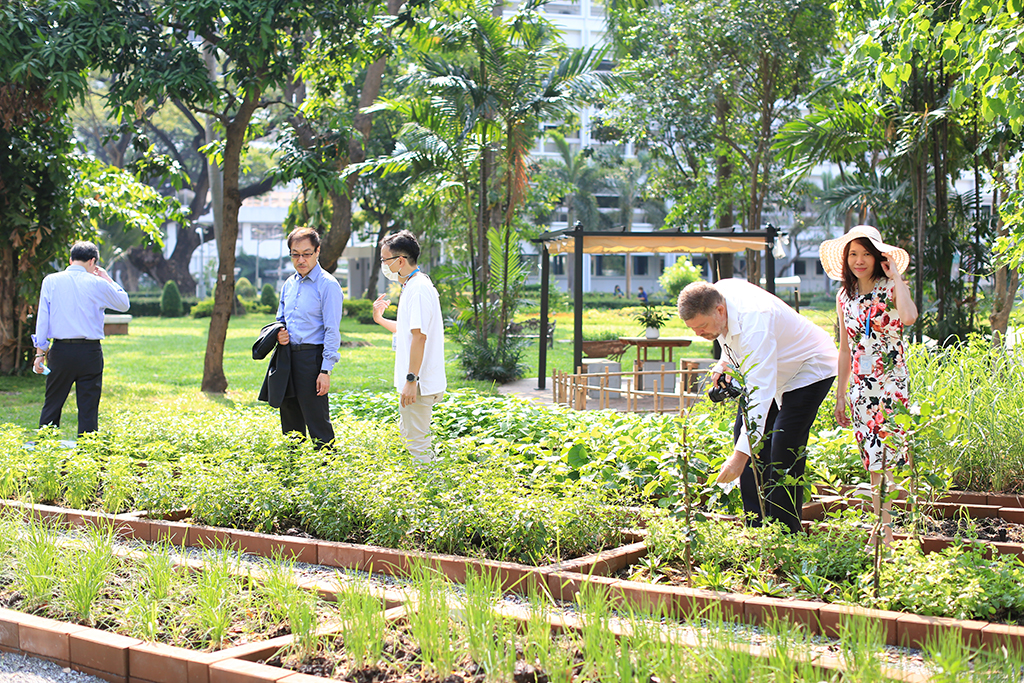 As UNESCO Bangkok’s original EMS core team members – Benno Boer, Nilesh Sharma, Kirimoke Drollett, Wimalin Jittreethan and Kraising Boonyarangkavorn – can readily attest, the activation of a more environmentally sustainable infrastructure, as well as the fostering of more sustainable practices among busy colleagues, require more than a commitment of good conscience. In addition, the realization of such goals calls for a working budget that can convert good intentions into collective, concrete actions. The Bangkok EMS team is grateful for possessing both these ‘soft’ and ‘hard’ resources, citing the critically important leadership, early on, of office director Shigeru Aoyagi, who is praised for ‘Walking the Talk’ by securing the funding needed to launch a substantial kick-start to the programme: the installation in early 2022 of solar cell paneling on the office roof, including sun-roofing that shelters an adjacent car park. This solar power system is estimated to eventually reduce the office’s energy pull from the municipal grid by roughly 30 per cent, based on typical energy consumption patterns of pre-COVID-19 times

While the UNESCO Bangkok Office has long been blessed by capacious, leafy properties, the EMS team decided to make a greater merit of this asset by turning the grounds into something exceeding a mere eye-pleaser. This has been accomplished by recently cultivating a more lush urban garden, one boasting not only refreshed and new plantings of tropical foliage – they collectively aspire to an urban carbon sink – but dedicating new plots for long-term cultivation of edible herbs, including facilities for composting.

As Wimalin points out, grounds-keeping staff members often begin their day with culling edible herbs that they will use later that day in their home cooking. The grounds are even being considered for their potential to host visiting school students interested in learning how to similarly help their own schools to become more eco-friendly and sustainable environments. 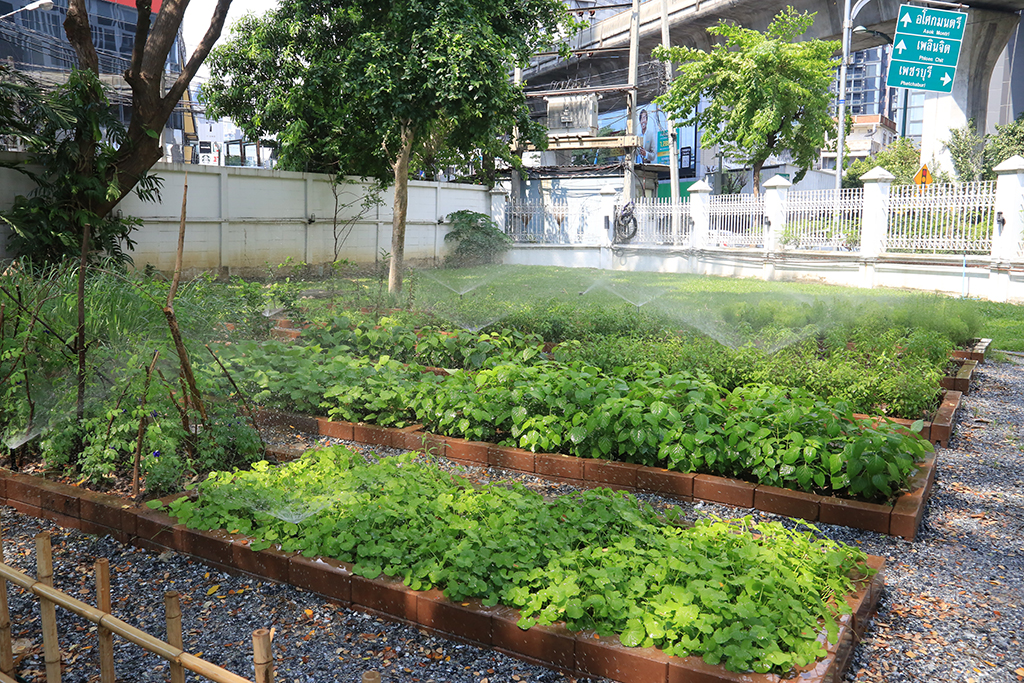 Building significantly on sustainability initiatives announced only a year ago, the Bangkok EMS team has also expanded upon interior office projects, such as procuring uniforms for maintenance staff (e.g. janitors, gardeners, and electricians) in fabrics that utilize plastic fiber from recycled polyethylene terephthalate (PET) bottles; by eliminating single-use plastics both within the office and among all contracted providers; by refitting bathroom sinks with ‘smart’ (auto-sensor) faucets; and by switching to eco-friendly and energy-efficient ‘R32’ refrigerant in new air conditioning and water dispenser systems. 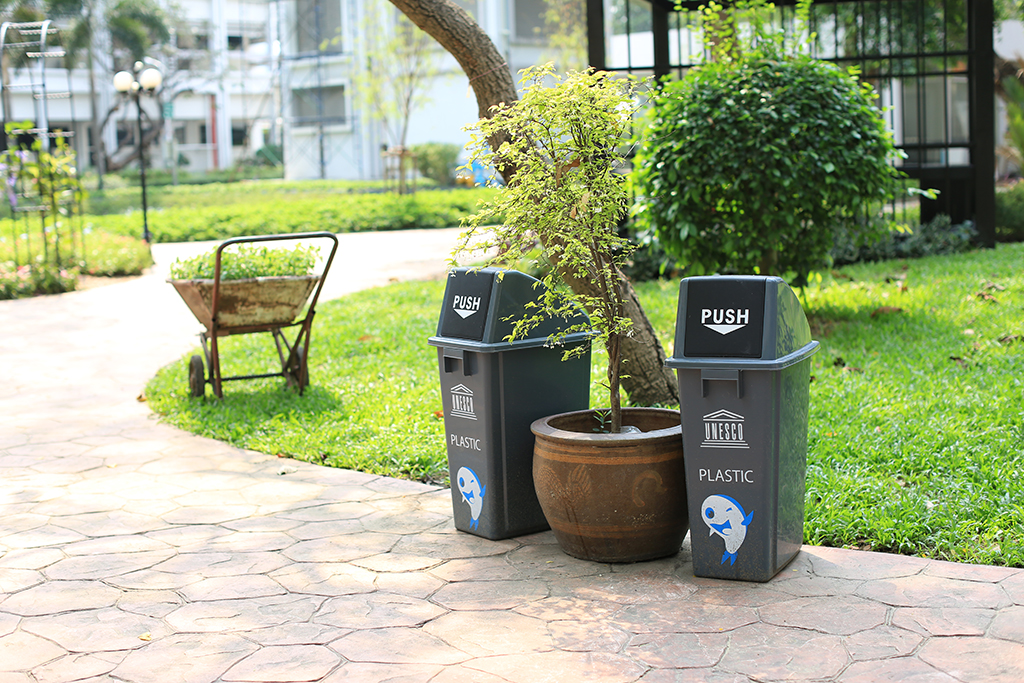 Such material and behavioral achievements of EMAP, to date, point to an even larger mission. As green-team member Wimalin explains, the UNESCO Bangkok office is currently investigating pursuing certification for its greening efforts, as it is following the international standard ISO 14001:2015 for its Environmental Management System, as UNESCO is doing at a global level.  This standard certifies that an Organization has specific policies and measures in place to constantly monitor and improve its environmental performance. Being certified would mean an external high-level recognition of UNESCO Bangkok’s ‘greening’ commitment and achievements, and also be a strong sign towards Member States, contractors and partners.

As the Bangkok ESM team members point out, no such progress would have been conceivable without the Office Director’s embrace of EMAP as a critically important initiative deserving of committed attention by senior management. This entails everyone’s embracing of the EMAP office-wide; pursuing EMAP targets as an integral part of day-to-day (‘business hours’) operations; and privileging the EMAP as exceeding any merely voluntary, or casual undertaking.

While each initiative of the EMAP is significant individually, collectively they speak to how ‘every job is a climate job’, the worldwide mantra suggesting how everyone has a part to play in this undertaking. Aoyagi agrees, adding:

The UNESCO Bangkok greening programme has my full endorsement, and we look forward to regularly reviewing our EMS strategy in senior management team meetings, where we can foster and lend further support to the inspiring, long-term successes we are already seeing throughout our office. I am grateful to our EMS team and supporting administrative staff, as well as to everyone at UNESCO Bangkok who shares our enthusiasm for this critically important, office-wide effort, one that appropriately speaks to many Sustainable Development Goals we are all working hard to achieve regionally and globally by 2030.