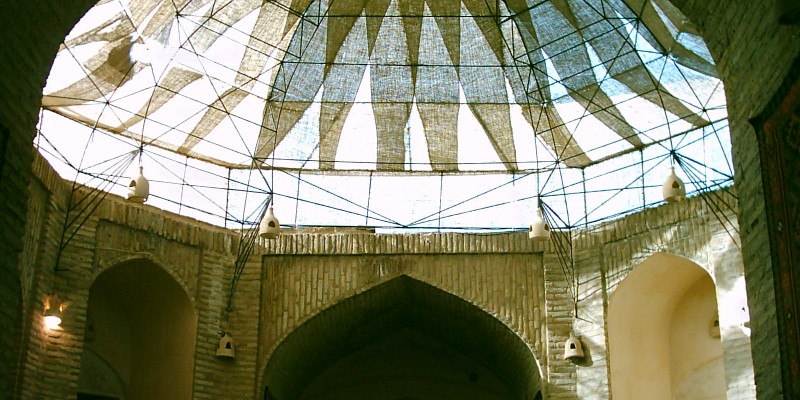 TEHRAN - UNESCO Asia-Pacific Awards for Cultural Heritage Conservation was a key issue which brought officials at the UNESCO and the Cultural Heritage, Tourism and Handicraft Organization of Iran together in Tehran on Sunday to inspire the private sector to preserve the Iranian cultural heritage.

Esther Kuisch-laroche, the director and representative of UNESCO Tehran cluster office, said that the motive for the reward is the side effects of the rapid economic developments in the Asia-Pacific region which has resulted in destruction of many historical places and the high-rise of new buildings instead.

Kuisch-laroche explained that the projects involving heritage properties more than 50 years old which were completed within the last 10 years are eligible for consideration in the conservation category.

Houses, commercial and institutional buildings, historic towns and villages, archaeological heritage sites and cultural landscapes, for example, are all suitable for entry, she added.

The awards also advocate the culture of conservation through the use of appropriate techniques and approaches, she noted.

She also added that this year, the winners will be announced in early September, with a selected number of entries receiving “Award of Excellence”, “Award of Distinction”, “Award of Merit”, “Honourable Mention” and “Award for New Design in Heritage Contexts.”

The Award for New Design in Heritage Contexts is given to newly-built structures that demonstrate outstanding design well-integrated into historic contexts. The Award encourages submissions of completed new architecture and design that enrich the existing heritage setting. Building annexes, as well as new extensions, new buildings, new public spaces and new structures, such as bridges, are all eligible for consideration, she continued.

She also invited the Iranian private sector to submit their projects before the deadline of March 31 to give international visibility to their achievements in heritage conservation.

Since 2000 when the award was established for the first time, four projects in Iran have won the prize: “Polsheer House” in Djolfa, Isfahan (2002 Award of Merit); “Zargar-e-Yadzi House” (2004 Honourable Mention); “Zain-ad-din Karavansara” (2005 Honourable Mention); “Saryazd Citadel” (2014 Award of Distinction), all three in Yazd.

Mohammad Hassan Talebian, the deputy director of the Cultural Heritage, Tourism and Handicraft Organization, said for his part that a positive move started two years ago among people for restoring Iran’s heritage, mostly historical buildings.

Talebian agreed that there are still many problems but what is now important is that attitude of people is changing positively.