UNESCO Asia-Pacific in the media 2013: press reviews and clippings 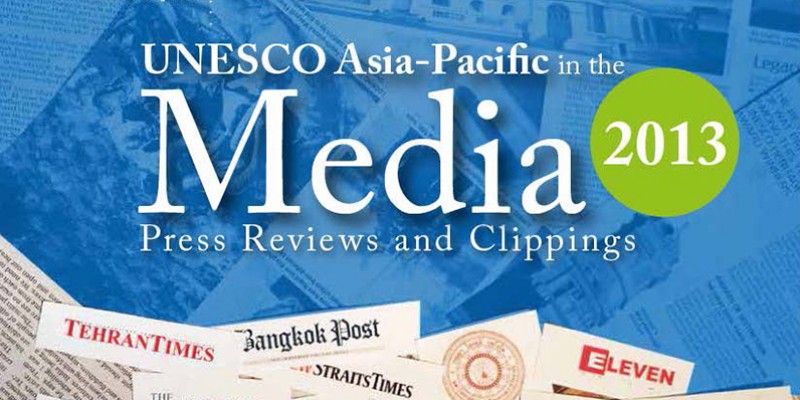 UNESCO Asia-Pacific in the media 2013: press reviews and clippings

The report compiling print and online articles on the Organization’s activities that have appeared in Asia-Pacific media throughout 2013. 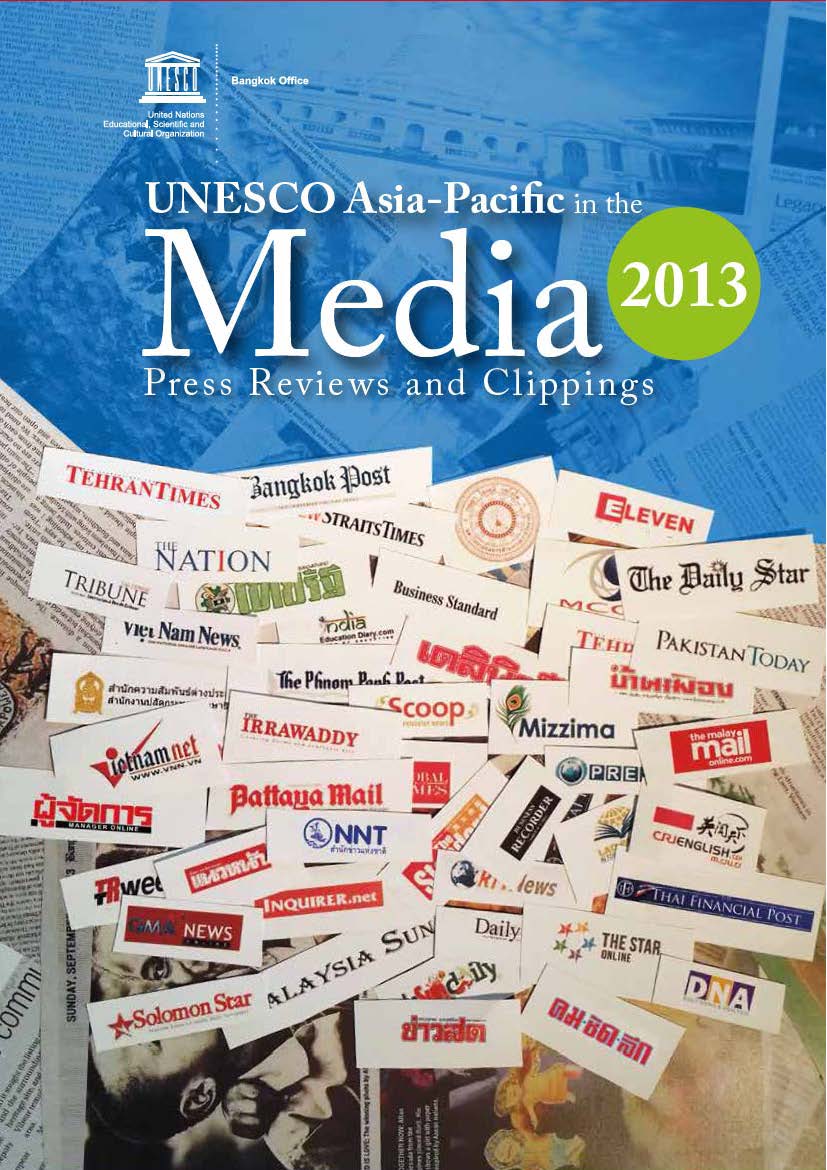 This initiative has been undertaken as part of IKM’s effort to measure the impact of UNESCO’s activities in the region. To that end, all of the Organization’s fields of competence are covered in the more than 100 articles included in this publication.

For this initial effort, media monitoring has been limited to English- and Thai-language press (along with one Vietnamese entry). As such, many of the articles are from Thailand’s two Englishlanguage daily newspapers: the Bangkok Post and The Nation. We hope to include coverage in other languages and from other countries in the region in our next report to provide a more comprehensive picture of the Organization’s impact outside of our office’s home base.

The UNESCO Bangkok initiatives that generated the most media coverage in 2013 were the “Learning to Live Together” youth image competition and exhibition and the UNESCO AsiaPacific Heritage Awards for Cultural Heritage Conservation. The image competition showcased the creativity of young people from 10 countries throughout the region who vividly captured the theme of “Learning to Live Together” through photographs and art pieces. Thailand, meanwhile, received top honors for the first time since the Heritage Awards were launched in 2000 in recognition of efforts at Bangkok’s Wat Prayoon. Both stories were featured prominently accompanied by striking photographs in the lifestyle sections of Bangkok’s two main English newspapers.

Some of the meetings and events organized by UNESCO Bangkok that also attracted media attention included the “Youth Empowerment Through Mobile Learning Project”, the forum on “Promoting Intercultural Dialogue and a Cultural Peace in Southeast Asia through Shared Histories”, as well as the Global Forum on Media and Gender and the “Entrepreneurship Education for Global Prosperity” meeting.

The Preah Vihear Temple, a UNESCO World Heritage Site, also generated significant mainstream media coverage throughout the year in Thailand, especially around the ICJ ruling in November. We have included only those reports referring to UNESCO here.

Last but not least, Myanmar was also regularly in the media spotlight, particularly as it relates to Bagan’s potential inscription on the World Heritage list and the approval of UNESCO’s peace education project in northern Rakhine state.