Under-reported, under-served in education: Improving data for children with disabilities 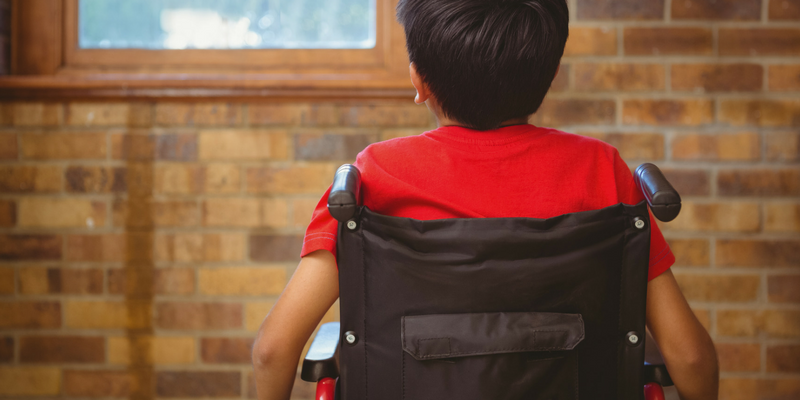 Under-reported, under-served in education: Improving data for children with disabilities

“People with disabilities are vulnerable because of the many barriers we face,” wrote Stephen Hawking, the renowned theoretical physicist who passed away earlier this year. “Addressing these barriers will unlock the potential of so many people with so much to contribute to the world.”

Indeed, disabled people comprise a tremendous pool of human potential – they form the world’s largest minority, one billion people or 15% of the global population – and some of the most persistent and limiting barriers they face are in education. Studies consistently show that children with disabilities attend school less than their non-disabled peers and are more likely to drop out early if they do, with the situation particularly acute in developing countries.

However, the full severity of this challenge – exactly who is excluded and where interventions might be most effective – remains unclear because of a scarcity of reliable and internationally comparable data on disabilities in education. This is due in part to countries lacking an adequate means of collecting information on disabled populations in administrative data – the mass data garnered from instruments such as censuses and household surveys that governments use to identify needs and devise policy.

A recently launched collaboration between the UNESCO Institute for Statistics (UIS) and the Global Partnership for Education (GPE) looks to improve this situation by supporting countries to improve administrative data on disabled populations and the extent to which they are excluded from education.

The aim is to improve our understanding of this critical challenge to inclusive and equitable quality education for all, as well as to advocate for greater recognition and inclusion of disabled populations throughout the world – not only in education, but in all areas of society.

A clearer picture, a pressing need

Divergent responses to the question of what constitutes a disability muddle countries’ estimates of these populations and makes them impossible to compare between countries. Stigma around disabilities likewise contributes to their prevalence being under-reported, and context must also be taken into consideration. Poor eyesight, for example, might not be a disability in a country with easy access to eye care, but being unable to see the blackboard could cut a child’s educational path short in the developing world.

Established in 2001, the Washington Group on Disability Statistics has produced a set of questions for household surveys that take these challenges into account and allow for internationally comparable data on persons with disabilities.

The questions focus on six types of disabilities: seeing, hearing, walking, concentration, self-care and communication. Those who indicate “a lot of difficulty” or “cannot do at all” in any one of these six categories are considered to have a disability.

The Washington Group questions don’t require medical expertise and center around simple, easily translatable questions. The short set of the questions was endorsed by the UN for data collection on disability characteristics in the 2015 round of population censuses and will be at the center of the UIS-GPE collaboration.

Cambodia is one of a few countries in Asia-Pacific to have data on disabilities drawn from the Washington Group questions. And the benefit of having these statistics is clear from the stark picture they form of how disabilities lead to exclusion in education.

Of three countries (along with the Maldives and Uganda) that had datasets available based on the WG questions, Cambodia had the most striking gap when it came to the out-of-school rates of disabled versus non-disabled primary school age children. There was a 50 percentage point difference between the two, with 57% of disabled children out of school compared to 7% of those without disabilities. Overall, one in two Cambodian children with disabilities were not in school, compared to 1 in 14 children without them.

Reaching the unreached – by first identifying them

The UIS-GPE collaboration will begin with an analysis of UIS’ catalogue of existing school questionnaires to determine the extent to which data on learners’ disabilities is being collected and how the Washington Group questions can be applied to available administrative data. Going forward, the ultimate goal would be to include the Washington Group questions in UIS’s annual survey of formal education as well as to support member states’ efforts to include them in national level school questionnaires.

Better administrative data means an improved understanding of who remains excluded from education. For example, estimates suggest that around 10% of any given population has a moderate to severe disability. If we had a reliable figure for the number of children and young people with a moderate or severe disability in school, we could estimate the number of these children who are excluded from education.

Improving data collection also means countries will be able to more accurately report on their progress towards the internationally agreed upon Education 2030 Sustainable Development Goal (SDG) 4 Agenda, specifically SDG targets 4.5 and 4a, which focus on ensuring equal access for disabled people and improving infrastructure for them, respectively.

Including the Washington Group questions in surveys distributed to every school and household could raise awareness around disabled populations and push back against stigmatizations, while at the same time making clear the importance of inclusion for children with disabilities.

The UIS-GPE initiative is timely as the UN Global Flagship Report on Disability and Development due to be released later this year, with education one of the key areas examined. Both represent positive momentum that can lay the foundation for truly inclusive education. As Hawking noted, “Governments everywhere can no longer overlook the hundreds of millions of people with disabilities, who are denied access to health, rehabilitation, support, education and employment – and never get the chance to shine.”