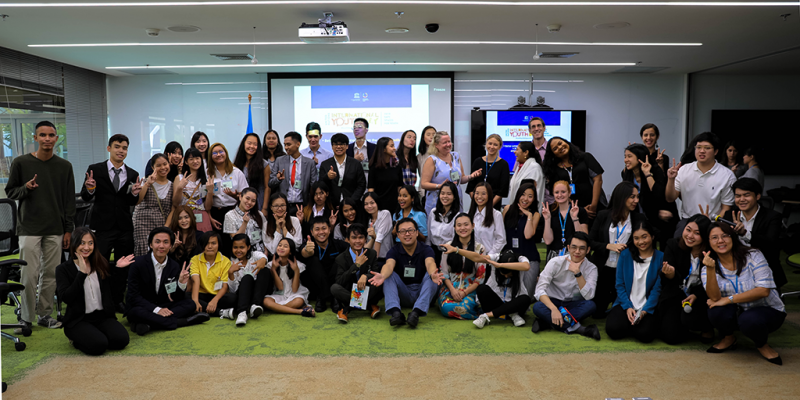 What do you think of when hearing the word ‘youth’? What about the ‘United Nations’? And youth engagement with the United Nations? One possible answer – ‘scary’.

That response, half-jokingly thrown out at a recent Safe Spaces for Youth event, addresses a serious challenge. Empowering young people is built into the foundations of the Sustainable Development Goals, but for many youth, the United Nations appears a distant, often intimidating edifice.

While it is an eternal law of nature that youth-led events are way more fun than run-of-the-mill policy conferences, the International Youth Day forum hosted by the United Nations Conference Centre in Bangkok on 10 August 2018 grappled with some thorny policy issues. The six Thammasat University students who facilitated the event, in a project cosponsored by Thammasat’s School of Global and Studies and the Asia Pacific Interagency Network on Youth (APINY), have spent the last three months in a summer programme at the UNESCO Bangkok offices analyzing youth engagement and empowerment with the United Nations in the Asia-Pacific region.

Their conclusions, to be honest, are that youth-orientated efforts often leave a lot to be desired. ‘Young people do care about [social issues], but they view the UN as an authority, really high up, so they don’t really want to reach out,’ said Thammasat student Thada Thanapasin. ‘What we want to do is make it more inclusive and more engaging for these young people to think of the UN as a friend rather than an authority.’

To address that gap, the student team took a data-driven perspective, including online and ad-hoc surveys of both affected young people and the UN staff responsible for youth programmes. In addition to young people feeling isolated from UN institutions, the students identified other issues related to similar themes of alienation: Tokenism, in which projects are initiated for their symbolic value without having real-world impact; Inconsistency regarding funding and attention that leaves well-intentioned plans to die on the vine given a lack of follow-through; and Inclusiveness, as the youth who do engage with UN programmes come from a self-selective cadre, generally highly motivated students and young professionals.

That last point – that youth who regularly participate in such events are in no way representative of the larger demographic – was driven home several times. ‘It is only the same faces of youth, it is only you guys, who come to these events and engage, and that leads to receiving less diverse feedback, only biased feedback,’ said Monnat Tanasugarn, another of the six students from Thammasat. ‘We hope that the UN will use our recommendations to reach to marginalized youth groups.’

In many ways, the current lack of connection is the crux of the matter that the students are addressing. Their project is inspired in part by Sustainable Development Goal 17 on global cooperation, with an emphasis on youth participation, but the underlying themes are also integral to SDG10, which calls for reducing inequalities based on income, sex, race, age or any other status.

Translating those lofty goals into reality on the ground remains a major challenge, to say the least. Yet progress is being made. During their tenure at UNESCO, the Thammasat students saw some of that progress in very tangible ways. In the context of marginalized youth, UN staff reported an example posed by a very simple question – ‘I’m being abused by my parents. What options do I have?’ In response to such an appeal, a hotline is being developed to cater for similarly at-risk youth.

Most UN projects operate at the policy level, but that case shows the real-world consequences for the people at the heart of youth-orientated projects. The report’s conclusions include recommendations for improving communication, including better use of social media and, of particular importance in the context of Thailand and much of the Asia-Pacific, addressing language barriers.

From a bilingual perspective, then, the potential is clearly there. ‘Thai teenagers usually tweet in the Thai language about existing social issues,’ Thammasat student Narisa Rojanamonthien said. ‘It’s true that they don’t really take any action, but when they voice out, their voices are very clear.’

Her colleague Monnat concurs about the untapped youth resources in the region. ‘Youth in Thailand now lack understanding about the UN, but we also perceive that all of you have the motivation to achieve the SDG goals. We also believe that we should have more actors, but also you can make a more challenging impact in every UN process.’ 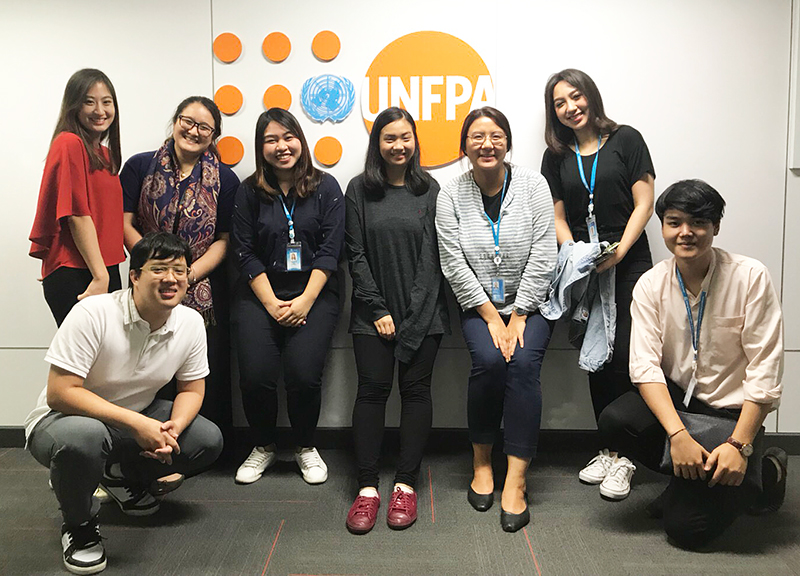 The Youth Day event – and APINY’s emphasis on engagement and empowerment – is meant to bring that impact to bear, including a commitment to strengthen the UN’s partnership with youth based on the Thammasat team’s research and to seek ways to engage Thai youth and others across the region in the design of new programmes.

Student facilitator Chalisa Kaewla posed her team’s definition of the challenge: ‘How might we increase youth collaboration in UN agencies to foster social change? Today we believe that we have tried to initiate some culture here so that youth and the UN can come together to create a safe space for youth to advocate and channel ideas.’