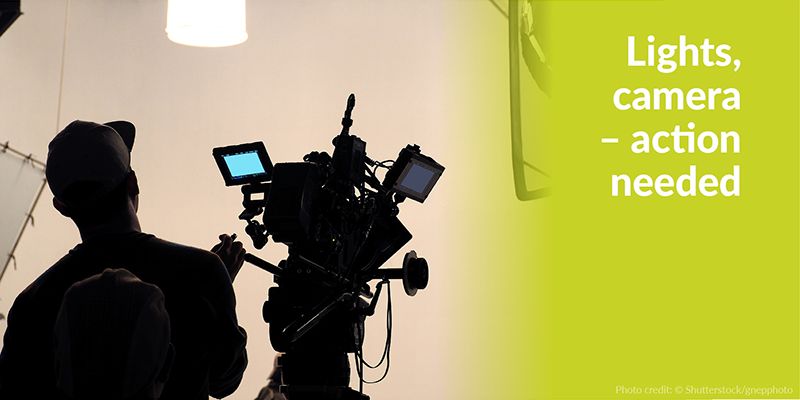 For young people in Thailand, independent film is a relatively new phenomenon. Not until “Uncle Boonmee Who Can Recall his Past Lives” became the first South-East Asian film to win the Palme d’Or award at Cannes in 2010 did Thai society start to become familiar with the art form. The story, directed by Apichartpong Weerasethakul, explores reincarnation from the point of view of an ailing man, and is still known as a complex and challenging work.

Despite an increase in such offerings, the Thai independent film industry is facing major challenges. The ecosystem of the whole film sector lacks a supportive legal environment and, of course, censorship remains an issue, often seemingly applied without clear standards. Professionals in the industry do not enjoy any form of social welfare support and incomes vary widely. There is also a persistent lack of diversity in the types of films that are being produced. Finally, not enough academic institutions are teaching technical, practical and vocational skills rather than theory.

“Most independent film-makers, in particular, have been facing these issues for the past 10 years and we have witnessed no changes in the policy. We need clearer direction and a more concrete action plan,” said Pimpaka Towira, an independent director known for her film “The Island Funeral” (2015), which won the Best Asian Future Film Award at the Tokyo International Film Festival. She also directed a series of short films for the Free Thai Cinema Movement, which featured interviews with Thai film directors and artists opposed to censorship of films by government.

Ms Pimpaka’s comments were part of a lively discussion recently, in which UNESCO Bangkok launched the project “Mobilizing Film Professionals in Thailand”, supported by the government of Japan. About 65 independent film professionals attended the launch, including young and emerging filmmakers, with an emphasis on building collaboration between established professionals and newcomers.

The legal and regulatory framework governing the industry is a major issue of concern. Discussing her film “Ten Years Thailand”, a four-part anthology looking at Thailand in the coming decade, producer Cattleya Paosrijaroen said she and her colleagues had faced issues similar to other independent film-makers in Thailand. During the making of the film, which was funded by the government, they had struggled with self-censorship and risked running afoul of the unstandardized censorship system, while working with limited financial support and few opportunities to engage the audience in public forums.

On the business side, there are further problems of a relatively young industry. One example is simply that data on theatre admissions are not available, among many other useful metrics for the industry. Raymond Phathanavirangoon, a film producer with the Southeast Asia Fiction Film Lab, pointed out that more accurate data  should be made available and organized in a transparent manner to facilitate international investment.

More generally, the sector is under-resourced and underfunded, especially compared to the commercial industry. “We often feel isolated,” said young producer Puangsoi Aksornsawang, who is known in particular for her film “Nakorn-Sawan”. “We have to depend on ourselves individually to create, produce and sell our film. We do not know who to turn to.”

Given the nature of independent film, establishing a more supportive infrastructure especially for young professionals will at least in part rely on academia and film studies departments. Yet in this area also, participants identify shortcomings in current programmes, such as the relevance of the curricula to actually working in the field.

“The knowledge on the industry itself was not taught at universities in Thailand,” said Pom Bunsermvicha, a recent graduate now working at the non-profit fund Purin Pictures. “There are more needed knowledge and skills that we wish a university could teach us, like the knowledge of the industry itself, the understanding of the market, and aesthetic and arts appreciation from other creative fields related to films.”

From another perspective in the industry, Pakinee Chaisana, Director of a Grand Elephant Production Company, advises professionals to “leave all that you learn from universities”. A long-time advocate for policy changes on incentives for independent film, she said her own experience in university had not contributed to her career. “Nobody will tell you about creativity, but there are tools and examples with which you can develop your creativity out there.”

University and school curricula also lack aesthetic and art appreciation that would be relevant to independent film, which was true during Ms Pakinee’s experience and remains so in many contexts to the present day. That affects not only potential film-makers themselves, but also the development of audiences for independent offerings. This includes focus on audiences who are not just in Bangkok, but in other provinces where people can equally appreciate film, particularly if the themes are relevant to their own lives.

“No matter how many more changes from the government side, if the audiences are there and if the community is part of strengthening of the film industry, the industry will grow,” said Wayla Amatathammachad, founder of the Prayoon arts platform and curator of Low Fat Festival. The latter, an international performing arts festival, focuses on low investment by cutting down unnecessary expenses and involving community members in performances.

Broadening the audience for independent film also speaks to the medium’s unique role in societies, encouraging creativity and new cultural expressions, challenging social norms and expanding perspectives. The UNESCO Global Report “ReIShaping Cultural Policies”, under the framework of the 2005 Convention on the Protection and Promotion of the Diversity of Cultural Expressions, concluded that the audio-visual sector has shown growth and economic potential in developing countries.

Streaming platforms combined with smartphones and tablets have made visual content a key aspect in people’s lives and film-makers have unpresented access to audiences and markets. “In other words, the time is ripe for investment in cinema and its professionals,” Shigeru Aoyagi, Director of UNESCO Bangkok, said at the recent event.

In addition to investment, however, film-makers and others need to establish common ground to address the serious barriers in the industry in Thailand. There is hope when established film professionals are interacting with the younger generation to share their experiences and all participants are committed to making changes for the betterment of the industry.

* This article was first published in Thai Enquirer