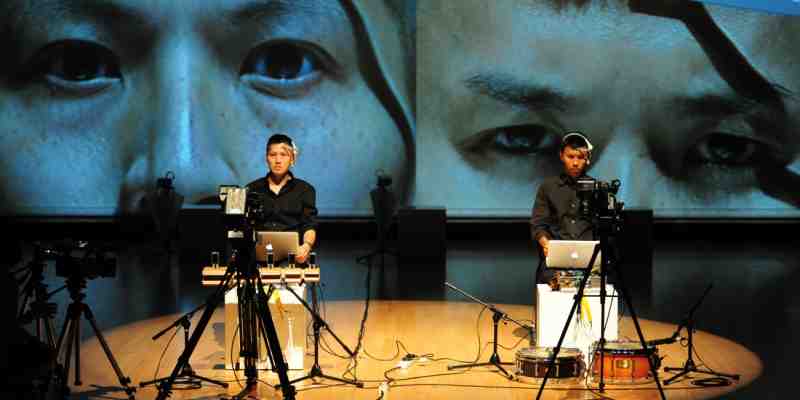 In celebration of this year’s World Press Freedom Day (3 May), a joint launch of UNESCO’s two new global reports “Re|Shaping Cultural Policies” and the World Trends in Freedom of Expression and Media Development Global Report was organized in Bangkok, Thailand. Gathering artists, creators and communicators, the event organized by UNESCO Bangkok called for cultural and media professionals to work together in supporting freedom of expression and creativity.

Artists and journalists are often confronted by the same threats to their freedom of expression. These include laws on anti-terrorism, insult and blasphemy, which can have an overall negative impact on freedom of expression. According to UNESCO’s latest global reports, attacks against journalists and artists have continued to rise. Between 2014 and 2016, 314 journalists were killed and 860 attacks against artists were recorded. Such attacks jeopardize citizens’ right to access of information as encapsulated in Sustainable Development Goal 16 Target 10 of the 2030 Agenda for Sustainable Development

Against this backdrop, the joint launch event of UNESCO’s new global reports called for the joint action of media and cultural professionals to work together in advocating for press and artistic freedoms. The event was opened by H.E Staffan Herrström, Ambassador of Sweden to Thailand.

“Freedom of expression has been a decisive factor in developing innovative creative societies. This allows new ideas to be welcomed, criticized, adapted, adopted, revisited, or revised. Not through top-down processes but bottom up. Without free media and artistic freedom, this would never happen,” underlined Staffan Herrström

The event also helped raise awareness of the 2005 Convention for the Protection and Promotion of the Diversity of Cultural Expressions in view of promoting its ratification in Thailand.

Cultural and creative industries stand high on the policy agenda of the country. In 2004, the Thailand Creative and Design Center (TCDC) was founded with the mission to supporting and promote knowledge of the creative economy. Recent policy efforts have also included the organization of Thailand’s International Creative Economy Forum in 2010 and 2012 as well as the creation of Thailand’s Creative Economy Agency (TCEA) in 2012. Since 2015 and 2017, Phuket and Chiang Mai have also been included in UNESCO’s Creative Cities Network.

Thai cultural professionals are also set to take part in a 5-day training in Seoul, Republic of Korea, from 10 to 15 June 2018, together with other specialists from the Asia-Pacific region with the aim to raise awareness about the benefits of ratifying and implementing the 2005 Convention, facilitate networking, and encourage future cooperation with UNESCO on policies to support creative sectors.

UNESCO’s Global Report “Re|Shaping Cultural Policies” was published with the support of the Swedish International Development Agency (Sida). The report tracks progress on the four main goals related to the Convention: supporting sustainable systems of governance for culture; achieving a balanced flow of cultural goods and services and increasing the mobility of artists and cultural professionals; integrating culture in sustainable development frameworks; promoting human rights and fundamental freedoms.

Mian photo credit: © Samson Young, I am thinking in a room, different from the one you are hearing now (homage to Alvin Lucier), 2011